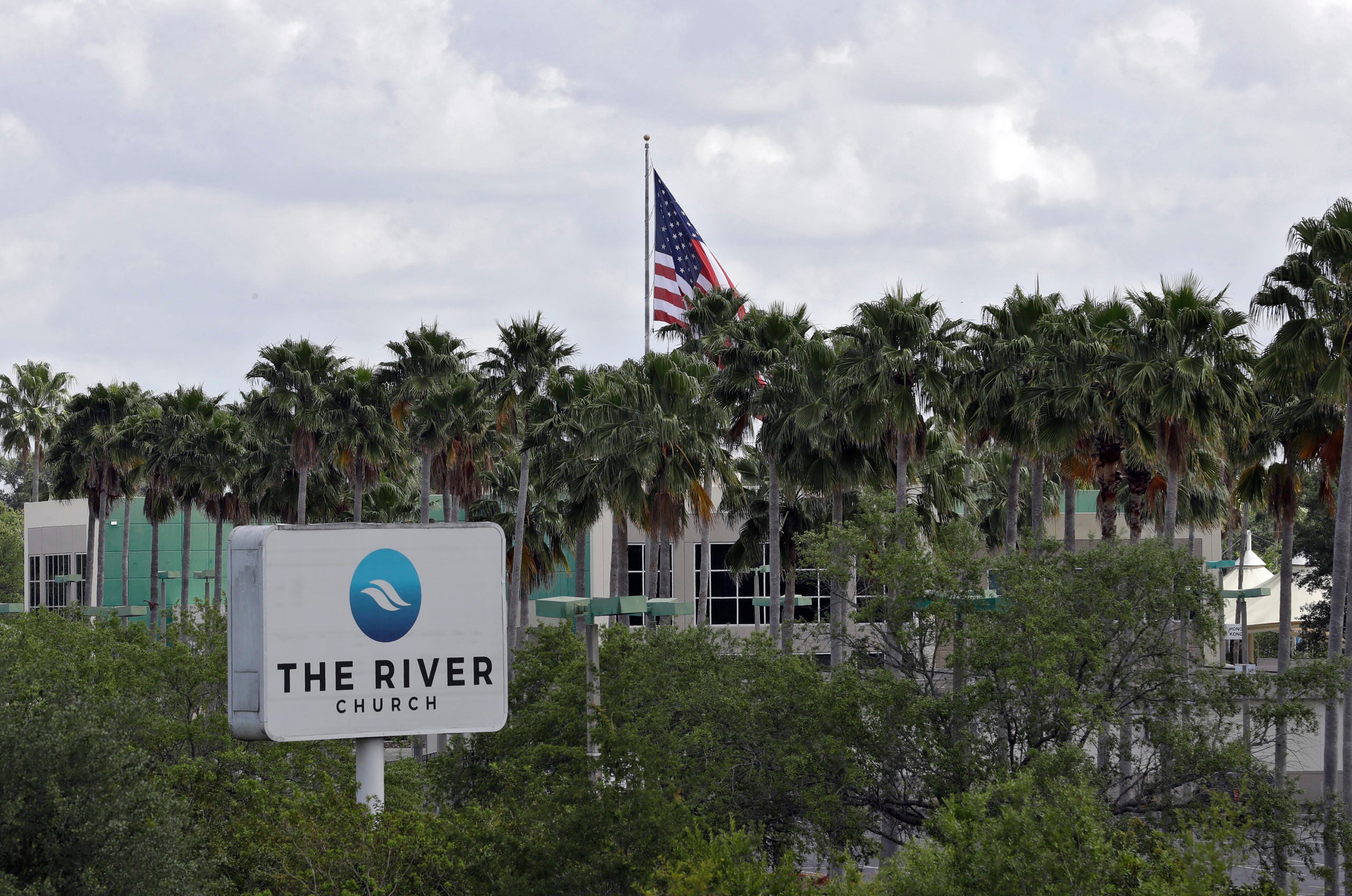 TAMPA, Fla. (AP) — Florida officials have arrested the pastor of a megachurch after detectives say he held two Sunday services with hundreds of people and violated a safer-at-home order in place to limit the spread of the coronavirus.

According to jail records, Pastor Rodney Howard-Browne turned himself in to authorities Monday afternoon in Hernando County, where he lives. He was charged with unlawful assembly and violation of a public health emergency order. Bail was set at $500, according to the jail’s website, and he was released after posting bond.

Hillsborough Sheriff Chad Chronister said in a news conference Monday that he negotiated with the attorney of Pastor Rodney Howard-Browne to turn himself in to authorities in Hernando County. His church is located in Tampa.

“Not only did the church comply with the administrative order regarding six-foot distancing, it went above and beyond any other business to ensure the health and safety of the people,” said a statement from Liberty Counsel, Howard-Browne’s law firm. “Contrary to Sheriff Chronister’s allegation that Pastor Howard-Browne was ‘reckless,” the actions of Hillsborough Country and the Hernando County Sheriff are discriminatory against religion and church gatherings.”

Howard-Browne isn’t alone in refusing to curtail in-person worship services despite public health orders designed to stop the virus from spreading. Churches in Ohio, Kentucky and Louisiana have continued to invite worshippers in recent days as at least a half-dozen states offer some degree of exemption for faith in their orders to shutter nonessential activity during the pandemic.

Chronister said his command staff met with The River at Tampa Bay Church leaders about the danger they are putting themselves — and their congregation — in by not maintaining appropriate social distancing, but Howard-Browne held the services. The Sheriff’s Office also placed a digital sign on the road near the church driveway that said “practice social distancing.”

“Shame on this pastor, their legal staff and the leaders of this staff for forcing us to do our job. That’s not what we wanted to do during a declared state of emergency,” Chronister said. “We are hopeful that this will be a wakeup call.”

The church has said it sanitized the building, and the pastor said on Twitter that the church is an essential business. He also attacked the media for “religious bigotry and hate.” In the statement released late Monday afternoon, Liberty Counsel said the church enforced the six-foot distance rule between family groups, made sure the staff wore gloves, gave every person who entered hand sanitizer, among other things.

The county and governor’s orders require gatherings, including those held by faith-based groups, be fewer than 10 people to limit the spread of COVID-19. A live stream of Sunday’s three-and-a-half-hour church service showed scores of congregants. In a Facebook post, Howard-Browne said coronavirus “is blown totally way out of proportion.”

On March 18, the church called its ministry an essential service, just like police and firefighters, and said it would keep its doors open.

In a Facebook video Sunday, Howard-Browne said “it looks like we’re going to have to go to court over this because the church is encroached from every side.”

“This is really about your voice. The voice of the body of Christ,” he said.

As recently as last year, Howard-Browne’s church hosted an event with Paula White-Cain, who was named an adviser leading President Donald Trump’s Faith and Opportunity Initiative. She’s also an unofficial spiritual adviser to the president.

Religion and politics reporter Elana Schor contributed to this report.