Pence ‘maintaining distance’ from Trump ‘for the immediate future’ 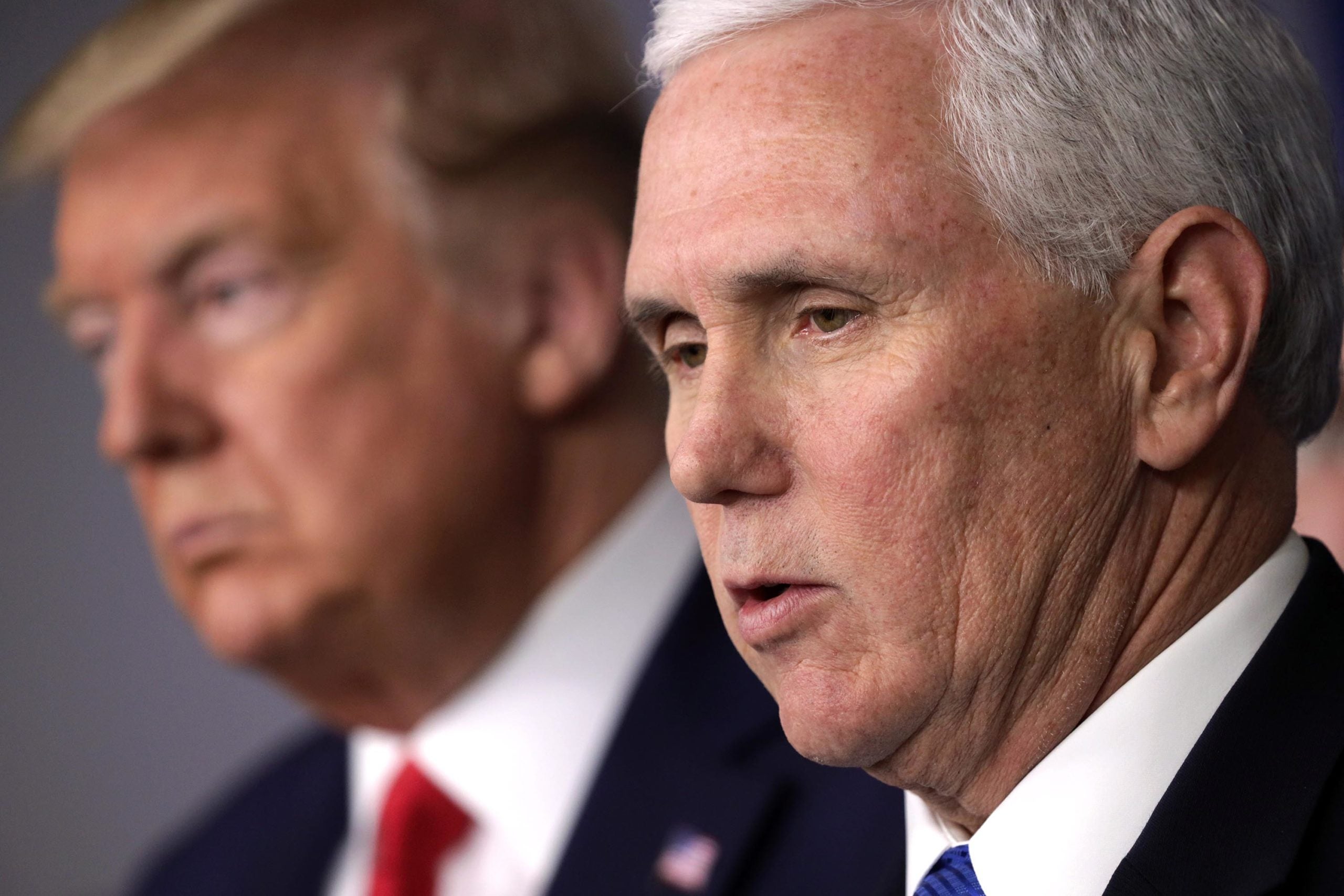 WASHINGTON, DC - MARCH 18: U.S. Vice President Mike Pence speaks as President Donald Trump listens during a news briefing on the latest development of the coronavirus outbreak in the U.S. at the James Brady Press Briefing Room at the White House March 18, 2020 in Washington, DC. President Trump announced on Twitter that the U.S. and Canada will close their border to non-essential traffic to try and stop the spread of the COVID-19 pandemic. (Photo by Alex Wong/Getty Images)
by: Jeremy Diamond and Kevin Liptak, CNN
Posted: May 12, 2020 / 09:57 AM EST / Updated: May 12, 2020 / 09:57 AM EST

(CNN) — Vice President Mike Pence is taking some precautions, but stopping short of the recommended self-quarantine in the wake of his press secretary testing positive for coronavirus.

Pence is “maintaining distance for the immediate future” from President Donald Trump after consulting with the White House medical unit, a senior administration official said. It is not yet clear exactly how long Pence will stay away from Trump.

Pence’s office did not respond to a CNN request for comment.

Trump said Monday that he has not seen Pence since Miller tested positive on Friday, a fact that was underscored by the vice president’s absence from Trump’s news conference Monday. Trump said he could confer with the Pence by telephone.

Pence said during a call with governors on Monday that he was taking extra precautions, noting that he was “in a separate room on my own” during a videoconference while Dr. Deborah Birx was “in a situation room with some staff,” according to audio of the call obtained by CNN’s Betsy Klein.

But in an awkward balancing act between taking necessary precautions and trying to avoid undercutting Trump’s back-to-business messaging, Pence is merely taking half-measures that fall short of the administration’s own guidelines.

Pence has shown up at the White House without a mask. And his very presence there — even if he is staying away from Trump — contravenes guidelines issued by the US Centers for Disease Control and Prevention, which advise those who have had “close contact” (within six feet of someone for a prolonged period of time) with someone who has tested positive to stay home for 14 days after their last interaction.

Officials have said the President and others inside the White House remain sensitive to taking steps that might undercut their message that the virus is waning and the country is ready to reopen.

While some advisers raised the prospect of separating Trump and Pence long before White House staffers tested positive, the option was not taken seriously until this week.