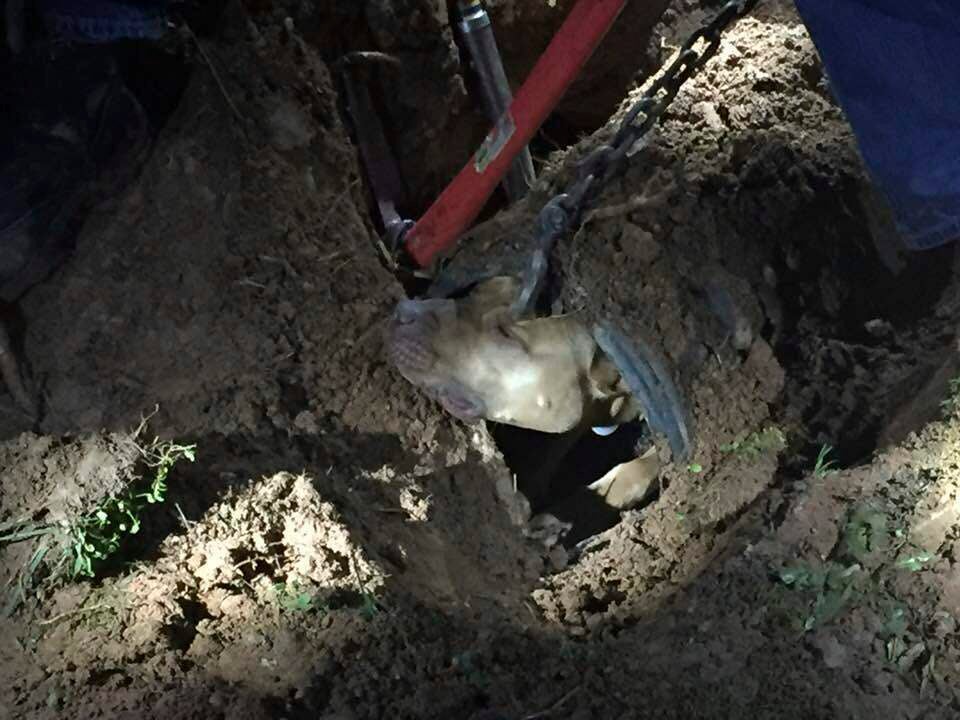 CLAREMONT, N.C. (AP) — A pit bull intent on chasing down an opossum was foiled when he ended up wedged around 100 feet into a pipe in North Carolina.

Claremont Rescue Chief Eric Jones said in a Facebook post that his agency was called late Tuesday night to the scene, where Rocky the dog’s worried owner stood. The rescuers dug holes in different locations to try to find Rocky, eventually locating him at a junction between the cast iron and corrugated pipe.

News outlets report the rescue took around two hours. Aided by an electric saw, rescuers were eventually able to free the 2-foot-tall dog from the 1-foot-tall pipe.

City officials say Rocky and his owner were very happy to be reunited, and Rocky was instructed his opossum-chasing days were over.