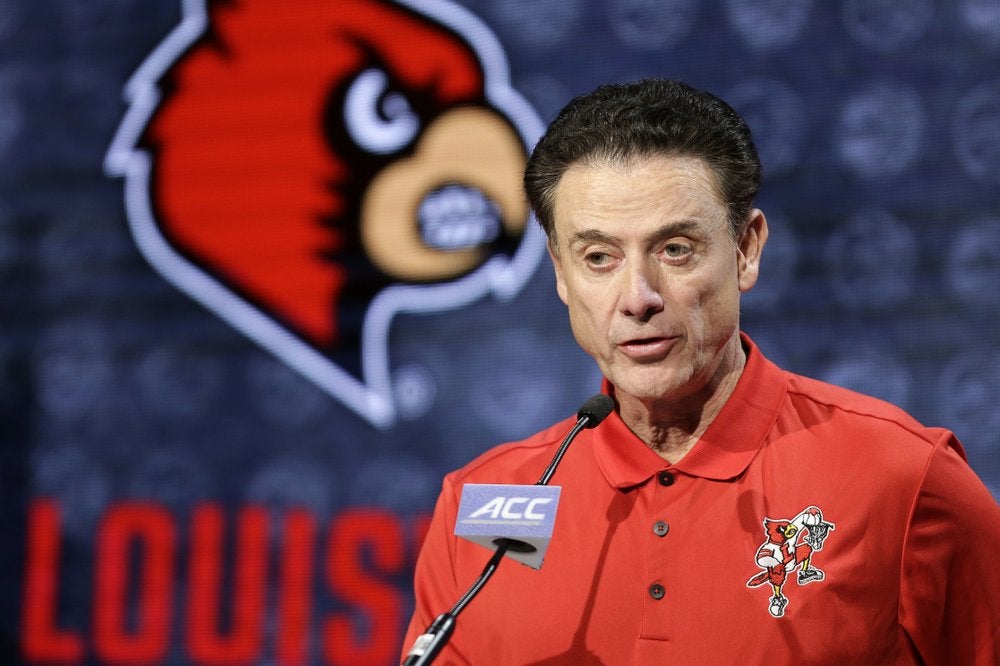 LOUISVILLE, Ky. (AP) — A fiercely competitive coach on the court, Rick Pitino didn’t want to fight in one anymore.

So the University of Louisville Athletic Association and Pitino settled lawsuits stemming from his departure from the school, with the former men’s basketball coach’s personnel file changing his termination to a resignation.

Pitino sued the ULAA for more than $38.7 million in November 2017, accusing it of breaching its contract by firing him for cause the previous month in the wake of a federal bribery investigation of college basketball. Louisville countersued, seeking monetary damages for vacated games and bonuses. The agreement comes a week after representatives for the association and Pitino held settlement talks at the federal courthouse that included the coach.

In a statement issued Wednesday through lawyer Steve Pence, Pitino said he was moving on “to a new chapter in my life.”

“Against my lawyer’s advice I’m dropping my lawsuit with ULAA,” Pitino said. “I am very proud of the many accomplishments my teams achieved at Louisville. I’m so thankful and honored to coach such dedicated athletes. I’m also disappointed in how it ended. But as head coach I am held responsible for the actions of all team members.”

The settlement unanimously approved by the ULAA said Pitino received compensation and the school agreed not to pursue further legal action. It changes his departure to a resignation effective Oct. 3, 2017 — 13 days before the ULAA fired him after 16 seasons as coach of the Cardinals.

Athletic director Vince Tyra called the settlement “a terrific outcome for the university. … We were solid in our stance from the very beginning that this was a zero liability for us.”

The settlement marks the end of a bitter final chapter between the school and Pitino, who has repeatedly said he knew nothing about payments made to the family of a recruit to sign with Louisville. Pitino was not named in the federal complaint.

Louisville acknowledged its involvement in the bribery probe and placed the Hall of Fame coach on unpaid administrative leave, which Pitino alleged came without notice and no legally justified cause.

Pitino also said he was unaware of the preceding 2015 sex scandal that cost Louisville its 2013 NCAA championship. The NCAA ordered the vacation of 123 victories, including the Cardinals’ third national title and their 2012 Final Four appearance, following an escort’s allegations that former staffer Andre McGee hired her and other dancers to strip and have sex with players and recruits.

The school acknowledged Pitino’s success and commitment to his players in a joint statement that thanked him for his service. But it also reiterated infractions under his watch that led to “serious consequences” for Louisville.

“Although these infractions may not have occurred at Coach Pitino’s discretion or with his knowledge,” the statement said, “the problems leading to the NCAA infractions happened under his leadership. … Coach Pitino and the University of Louisville have mutually agreed to dismiss their legal claims against each other, designate his departure as a resignation, and move forward.”

Pitino coached Panathinaikos to the championship in the Greek League in June.