Plan would return beachfront taken from Black family in 1920s 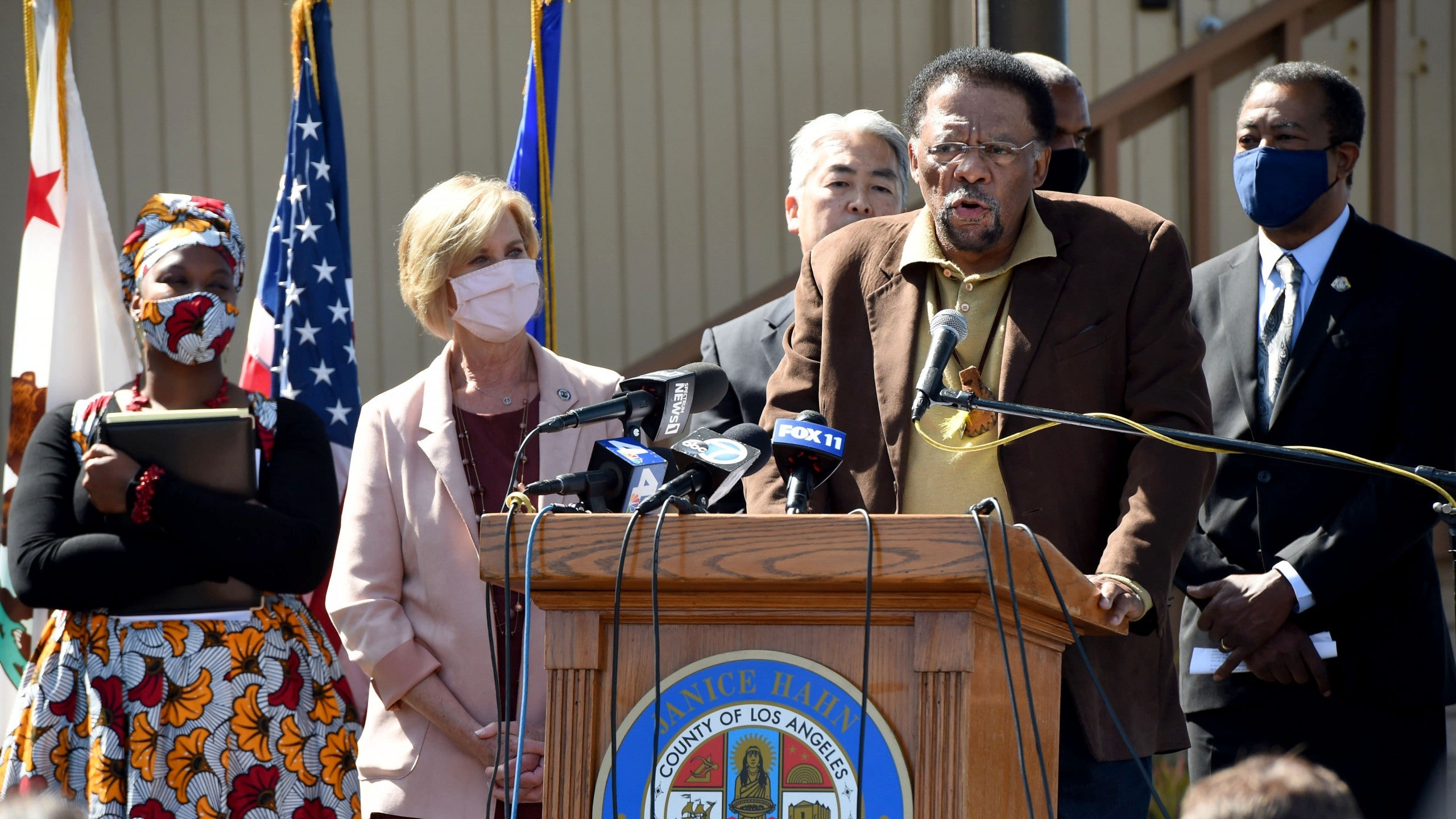 LOS ANGELES (AP) — Los Angeles County plans to return prime beachfront property to descendants of a Black couple who built a seaside resort for African Americans but suffered racist harassment and were stripped of the land by local city leaders a century ago, a county official said Friday.

“It is the county’s intention to return this property,” Janice Hahn, a member of the Los Angeles County Board of Supervisors, told a news conference at what was known as Bruce’s Beach in the city of Manhattan Beach.

The decision in Los Angeles County, the nation’s most populous, comes at a time of national reckoning on race and discussions at the local, state and federal levels over reparations.

It comes after multiple property transfers over the decades. Today, a county lifeguard training headquarters building sits on the property along some of the most coveted coastline in Southern California.

The property encompasses two parcels purchased in 1912 by Willa and Charles Bruce, who built the first West Coast resort for Black people at a time when segregation barred them from many beaches. They built a lodge, café, dance hall and dressing tents with bathing suits for rent. Initially it was known as Bruce’s Lodge.

“Bruce’s Beach became a place where Black families traveled from far and wide to be able to enjoy the simple pleasure of a day at the beach,” Hahn said.

It did not last long.

The Bruces and their customers were harassed by white neighbors, and the Ku Klux Klan attempted to burn it down. The Manhattan Beach City Council finally used eminent domain to take the land away from the Bruces in the 1920s, purportedly for use as a park.

“The Bruces had their California dream stolen from them,” Hahn said. “And this was an injustice inflicted not just upon Willa and Charles Bruce but generations of their descendants who almost certainly would have been millionaires if they had been able to keep this property and their successful business.”

The last transfer came with restrictions that limit the ability to sell or transfer the property and can only be lifted through a new state law, Hahn said.

State Sen. Steven Bradford said that on Monday he will introduce legislation, Senate Bill 796, that would exempt the land from those restrictions.

“After so many years we will right this injustice,” he said.

If the law passes, the transfer to the descendants would have to be approved by the county’s five-member Board of Supervisors, said Liz Odendahl, Hahn’s director of communications.

Manhattan Beach is now a tony city of about 35,000 people on the south shore of Santa Monica Bay. Its picturesque pier juts into swells prized by surfers, and luxury residences have replaced many of the beach houses along an oceanfront walk called The Strand. According to Census data, its population is 78% white and 0.5% Black.

“We offer this Acknowledgement and Condemnation as a foundational act for Manhattan Beach’s next one hundred years,” a document approved by the council says, “and the actions we will take together, to the best of our abilities, in deeds and in words, to reject prejudice and hate and promote respect and inclusion.”

A hill rising steeply behind the beachfront property has a beach parking lot and above that is an ocean-view city park that was renamed Bruce’s Beach in 2006.

The lot and park were not part of the Bruces’ property and would not be part of a transfer to the family, Odendahl said.

The value of the property has not been assessed, she said.

A return of the land could include an option for the Bruce descendants to lease the land back to the county for continued use.