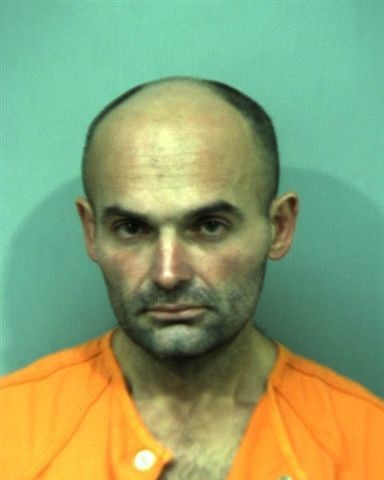 YORK COUNTY, Va. (WAVY) – A homeless man was caught on New Year’s Eve smoking in the bed of a York County home after breaking in.

Samuel Ciopasiu broke into a home on Barrington Lane, in the Kiln Creek area, on Dec. 31, according to the York-Poquoson Sheriff’s Office.

Deputies were called to the area after someone went to check on the home for the owner and look for a package that was supposed to have been delivered.

This person noticed the package opened and in the backyard, with half of the food contents eaten.

He then went into the house and noticed the smell of cigarette smoke, before walking upstairs. It was then that he found the suspect – later identified as Ciopasiu – lying in the homeowner’s bed smoking a cigarette.

Ciopasiu ran out of the house and across Kiln Creek. The complainant caught up with him and detained him until deputies arrived and took him into custody.

The Sheriff’s Office says Ciopasiu went into the house after seeing the package sitting on the porch. Authorities say it also appeared that he lay down on all of the couches and beds in the home until he found one he liked.

Authorities say it also appeared Ciopasiu was getting ready to take a bath in the Jacuzzi tub and was washing his clothes. He had also reportedly put on some of the homeowner’s clothes.

The homeowner was away on vacation and was supposed to return that night.

Ciopasiu, a homeless man with no known address, faces charges of breaking and entering and grand larceny.