Police: Most arrested during Kenosha protests not from city 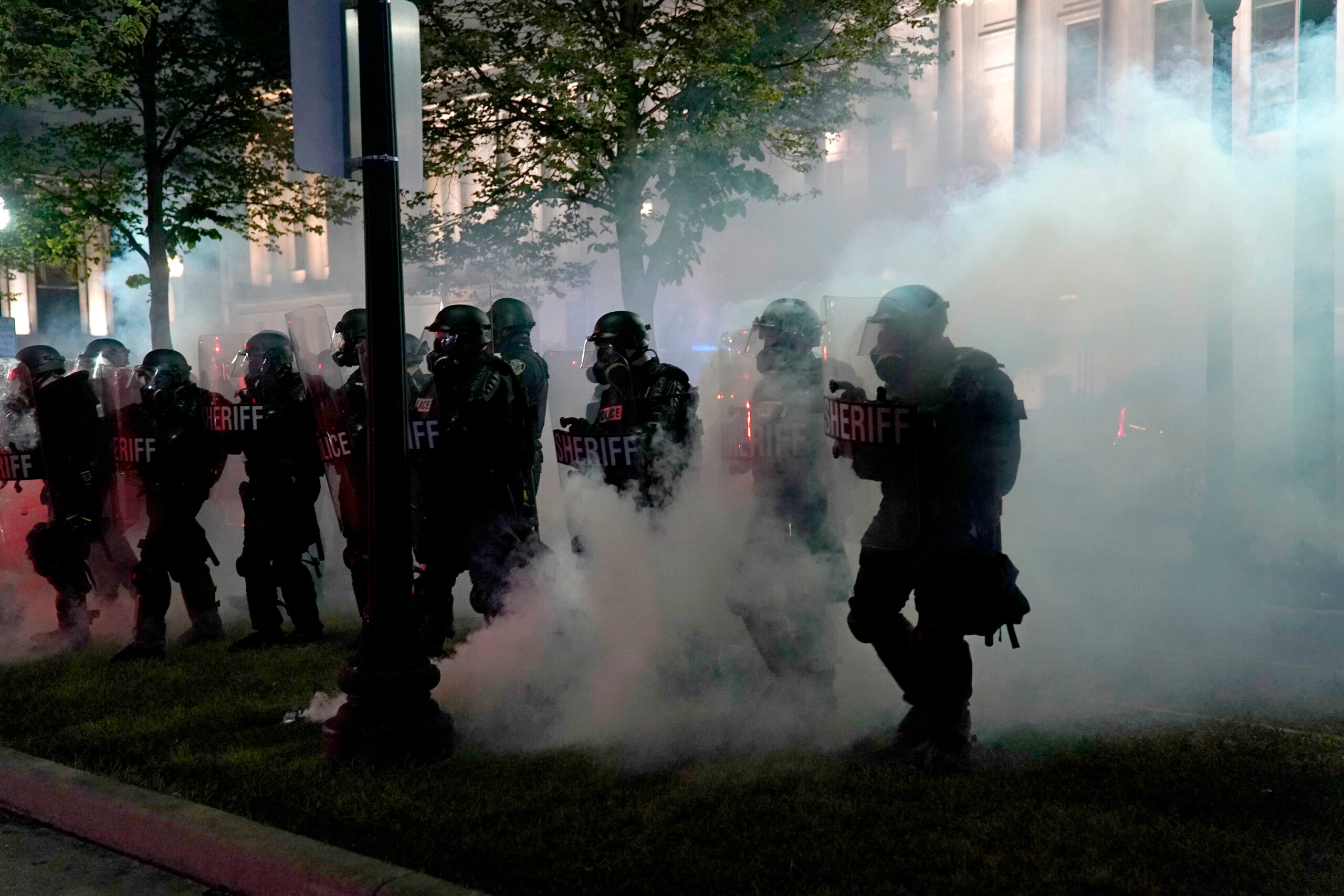 FILE - In this Aug. 25, 2020, file photo police clear a park during clashes with protesters outside the Kenosha County Courthouse in Kenosha, Wis., during demonstrations over the Sunday shooting of Jacob Blake. Unrest over the past week in a critical battleground state could sway the course of the election. (AP Photo/David Goldman, File)
by: Associated Press
Posted: Aug 31, 2020 / 09:41 AM EST / Updated: Aug 31, 2020 / 10:16 AM EST

KENOSHA, Wis. (AP) — Most of the people arrested in demonstrations against police brutality since the shooting of Jacob Blake in Kenosha were not city residents, according to police.

Of the 175 people arrested during protests in Kenosha since Blake was shot in the back Aug. 23, leaving the 29-year-old Black man paralyzed, 102 have addresses outside of Kenosha, including 44 different cities, police said in a statement Sunday night.

Protesters have marched in Kenosha every night since Blake’s shooting, with some protests devolving into violence that has damaged buildings and vehicles. Authorities say a teenager from northern Illinois shot and killed two protesters in Kenosha on Tuesday night.

Many of the arrests were for curfew violations, and also included possible charges for burglary, possession of illegal drugs and carrying concealed weapons without a permit, officials said. More than 20 firearms have been seized.

Blake was shot after three Kenosha officers responded to a domestic dispute call.

In cellphone video recorded by a bystander, Blake walks from the sidewalk around the front of an SUV to his driver-side door as officers follow him with their guns drawn and shout at him. As Blake opens the door and leans into the SUV, an officer grabs his shirt from behind and opens fire. Three of Blake’s children were in the vehicle.

City officials have identified Rusten Sheskey as the officer who shot Blake.

The Kenosha police union said Blake had a knife and fought with officers. State investigators have said only that officers found a knife on the floor of the car.

Blake is being treated in a hospital. His father, Jacob Blake Sr., said he’s paralyzed from the waist down.

While about 1,000 people attended a rally to protest police violence on Saturday, a demonstration to support police Sunday drew about 100 people to Civic Center Park in downtown Kenosha.

Some attending the rally wore “back the blue” shirts. Others carried American flags. They applauded when law enforcement vehicles rolled by.

Evers wrote to President Donald Trump on Sunday, urging the president to reconsider his plans to visit Kenosha on Tuesday.

But, Kenosha County Board supervisors also wrote to Trump on Sunday, urging him not to consider canceling his trip to Kenosha.

“Kenoshans are hurting and looking for leadership, and your leadership in this time of crisis is greatly appreciated by those devastated by the violence in Kenosha,” the letter from seven supervisors said.