Pompeo says he should have had inspector general fired ‘some time ago,’ refuses to explain why 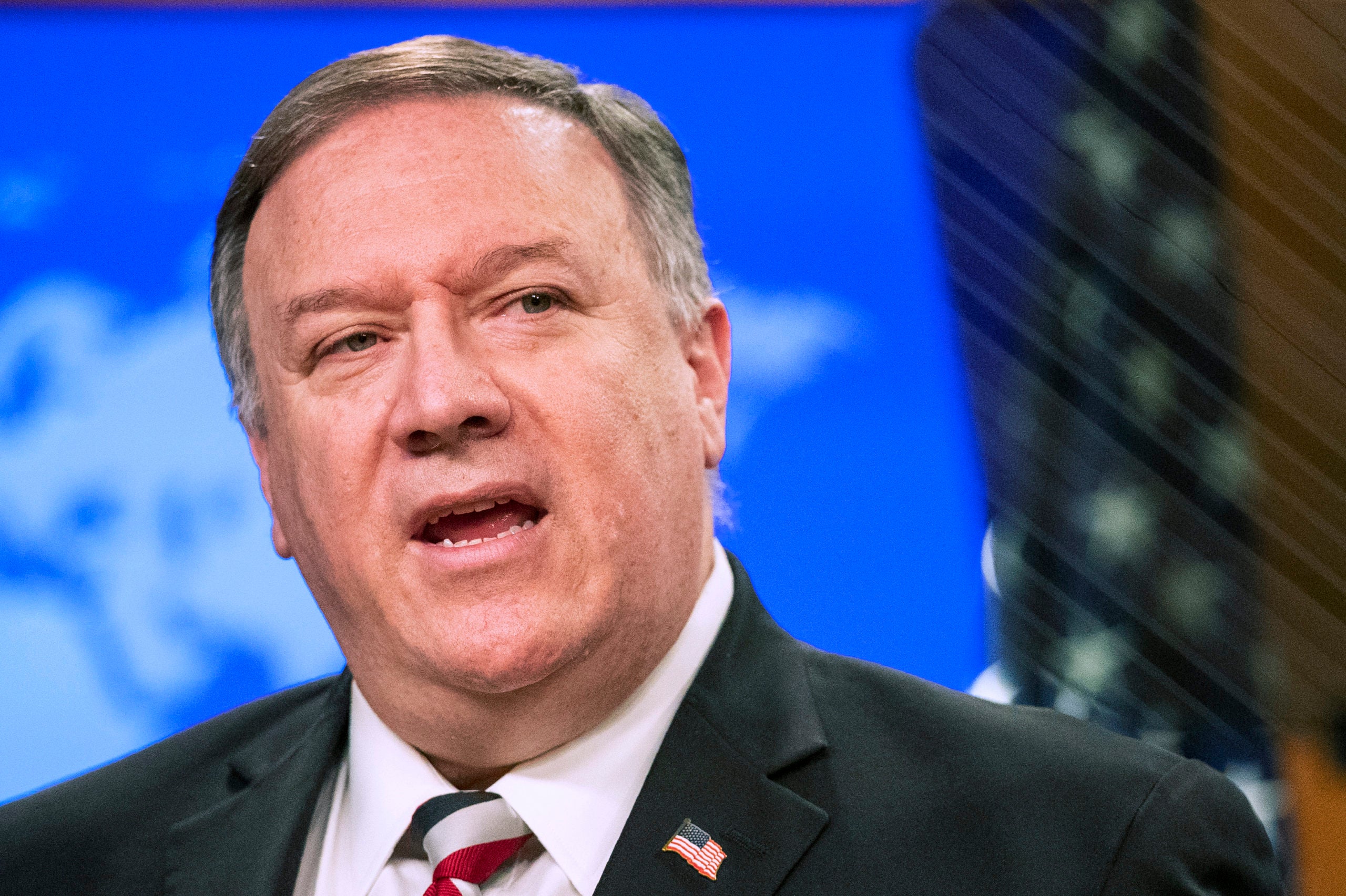 (CNN) — Secretary of State Mike Pompeo defended his push to have his department’s inspector general fired, saying he “should have done it some time ago,” but refused to explain his reasoning for recommending President Donald Trump remove Steve Linick from his job.

“The President has the unilateral right to choose who he wants to be his inspector general at every agency in the federal government,” Pompeo said in remarks to reporters Wednesday at the State Department. “They are presidentially confirmed positions, and those persons just like all of us serve at the pleasure of the President of the United States. In this case, I recommended to the President that Steve Linick be terminated. I frankly should have done it some time ago.”

When pressed to explain why he lobbied to have the independent watchdog fired, Pompeo refused to elaborate, saying only that he would “share with the appropriate people” and that claims that the recommendation was in retaliation for Linick’s probes are “patently false.”

The Secretary then launched an extraordinary personal attack on a senior Democratic senator who has pushed for greater oversight of Pompeo and his State Department.

Though he hadn’t been asked about the senator, Pompeo suddenly accused Robert Menendez of New Jersey of leaking stories to the press and then pointed out the ranking Democrat on the Senate Foreign Relations Committee was “criminally prosecuted, Case Number 15-155,” apparently listing the case number by memory.

“You see these stories that have been leaked to you all, right? To the press. This is all coming through the office of Senator Menendez,” Pompeo said. “I don’t get my ethics guidance from a man who was criminally prosecuted, Case Number 15-155, in New Jersey Federal District Court. A man for whom his Senate colleagues, bipartisan, said, basically that he was taking bribes. That’s—that’s not someone who I look to for ethics guidance.”

The Justice Department dropped the charges against Menendez in January 2018 after he had been acquitted on seven of 18 charges.

Pompeo also ridiculed the investigations Linick was reportedly conducting, conflating at least two of the probes by saying the investigations were launched because “someone was walking my dog to sell arms to my dry cleaner, it’s all crazy stuff.”

Pompeo also dismissed the idea that he fired Linick in an attempt to retaliate. “I didn’t know what was being investigated so I couldn’t retaliate,” he said.

Pompeo spoke a day after it emerged that Linick may have been looking into private, elite dinners the secretary has held in the sumptuous ceremonial rooms at the State Department.

Lawmakers have begun to look closely at these “Madison Dinners,” as Pompeo called them, and two sources tell CNN that Linick had recently asked the State Department protocol office about the semi-regular events.

NBC News was first to report that concerns have been raised about the dinners.

Linick, whose office is charged with investigating waste, fraud and abuse at the State Department, has been investigating allegations Pompeo used a political appointee for personal tasks such as dog walking and making restaurant reservations.

The IG was also reportedly looking into whether Pompeo broke rules when he declared an emergency last year that allowed the administration to fast track an $8 billion arms sales to Saudi Arabia and the United Arab Emirates for their war in Yemen over congressional objections.

Pompeo had refused to sit for an interview with the inspector general’s office as part of that investigation, a congressional aide told CNN.

Trump made clear that Linick’s firing was at least in part for political reasons. “I said, ‘Who appointed him?’ And they say, ‘President Obama.’ I said, ‘Look, I will terminate him.’ I don’t know what’s going on other than that. You would have to ask Mike Pompeo. They did ask me to do it, and I did it,” Trump said.

The inspector general’s office is meant to function as an independent watchdog.

Pompeo on Monday said that he asked Trump to remove Linick because the independent watchdog was “undermining” the department and wasn’t performing in a way that the top US diplomat wanted him to.

“I went to the President and made clear to him that Inspector General Linick wasn’t performing a function in a way that we had tried to get him to, that was additive for the State Department, very consistent with what the statute says he’s supposed to be doing,” he told The Washington Post in his first public comments on the matter. “The kinds of activities he’s supposed to undertake to make us better, to improve us.”