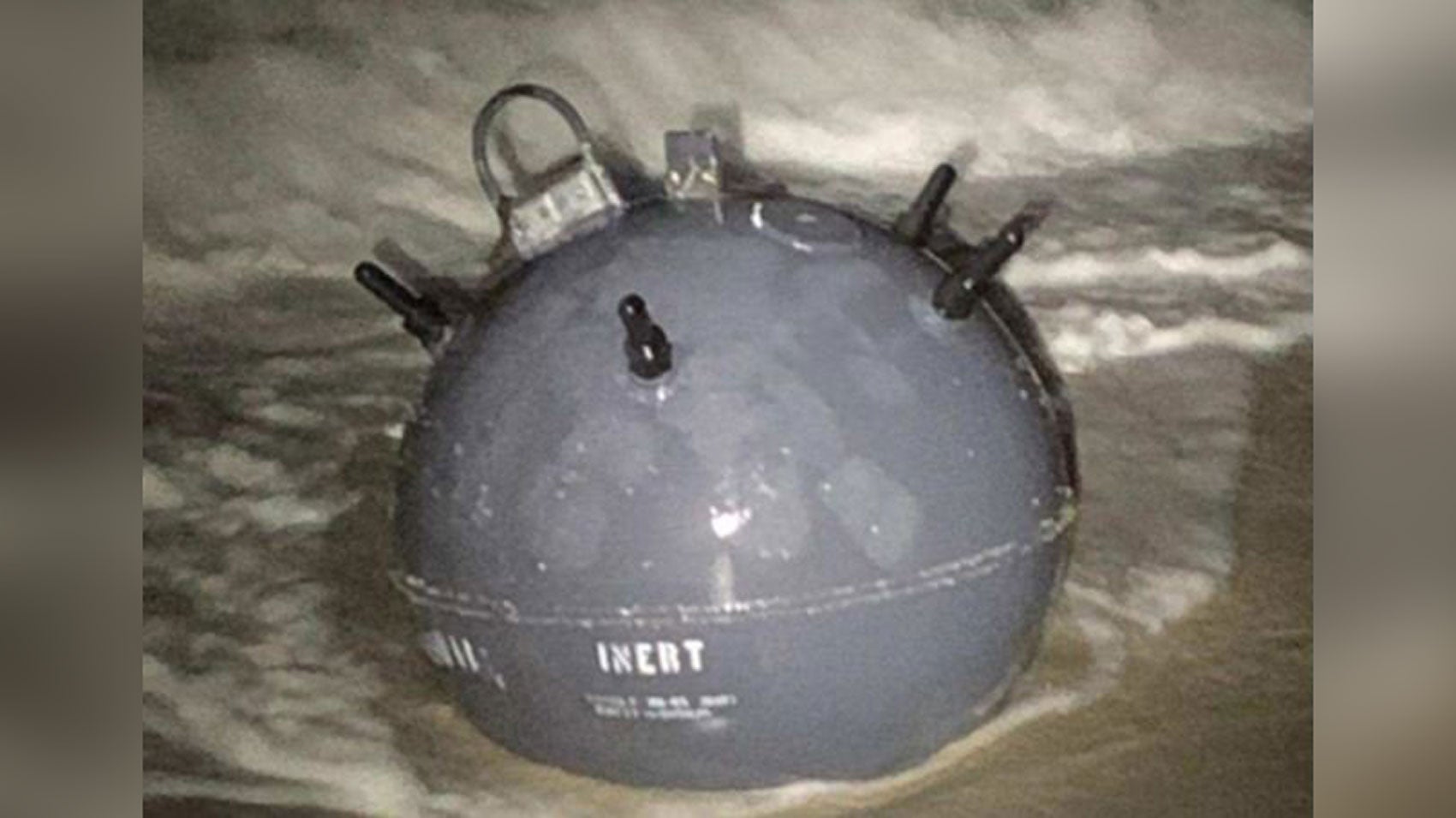 (CNN) — A possible military explosive training device was discovered on the shore of a popular Florida beach early Sunday.

The device, believed to be a sea mine, washed ashore in Lauderdale-By-The-Sea, a small beachfront town just north of Fort Lauderdale, Broward Sheriff’s Office spokesperson Carey Codd said in a news release.

A sheriff’s deputy discovered the device while on patrol around 2:30 a.m., after which deputies secured the area and closed off a small section of the beach.

The word “inert” was written on the device, according to the news release.

The sheriff’s office bomb squad responded and worked alongside the United States Air Force “out of an abundance of caution” to safely remove the device from the beach, Codd said.

The beach was later reopened.