Prefer tea over coffee? It could be your genes, study finds 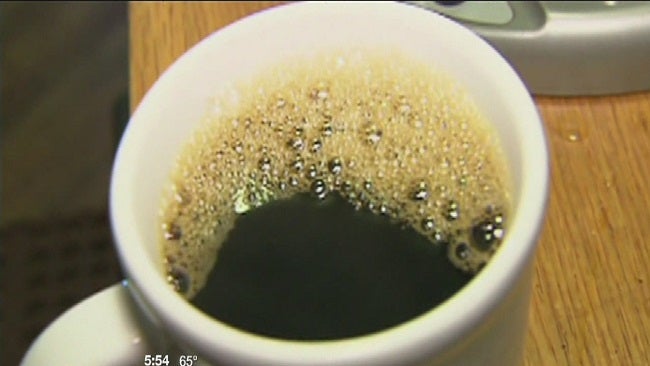 (CNN) — Whether you’re inclined to choose coffee or green tea for your morning boost could be determined by your genes, a recent study found.

To examine genetic associations with food preferences, researchers from the Riken Center for Integrative Medical Sciences (IMS) and Osaka University in Japan studied the genetic data and food preferences of more than 160,000 people in Japan.

The research, published in the journal Nature Human Behavior, foundgenetic links for 13 dietary habits including consumption of alcohol, other beverages and foods, and also complex human diseases such as cancer and diabetes.

Genome studies are typically conducted to associate specific genetic variations with particular diseases, according to the National Human Genome Research Institute, part of the US National Institutes of Health.

This involves grouping thousands of people together depending on whether they have a disease and looking at DNA markers called single nucleotide polymorphisms, or SNPs, which can be used to predict the presence of that disease. If researchers find a SNP that is repeatedly associated with the disease group, they can assume that people with that genetic variation might be at risk for the disease.

Rather than looking at diseases, the Riken team examined dietary habits to find out if there were any markers that made people “at risk” for typically eating certain foods.

The researchers used data of more than 160,000 Japanese people from the BioBank Japan Project, launched in 2003 with a goal to provide evidence for the implementation of personalized medicine. The project collects DNA and clinical information, including items related to participants’ lifestyles such as dietary habits, which were recorded through interviews and questionnaires.

Variants responsible for the ability to taste bitter flavors were also observed. This association was found among people who liked to eat tofu; while those without the variant consumed less alcohol or none at all.

Those who ate more fish, natto, tofu and vegetables had a genetic variant that made them more sensitive to umami tastes, best described as savory or “meaty” flavors.

The main ingredients of the foods mattered, too — for example, there were positive genetic correlations between eating yogurt and eating cheese, both milk-based foods.

In order to find whether any of these genetic markers associated with food were also linked with disease, the researchers conducted a phenome study.

The phenome comprises all the possible observable traits of DNA, known as phenotypes. Six of the genetic markers associated with food were also related to at least one disease phenotype, including several types of cancer as well as type 2 diabetes.

Since the research studied only people native to Japan, the same genetic variations associated with food preferences are likely not applicable to populations across the globe. However, similar links have been discovered in different groups.

A 2014 study presented at the European Journal of Human Genetics meeting in Milan identified a genetic variant that affects preferences for butter or oil on bread. A separate European study from the same year found genetic variants related to the perception of saltiness of a food.

A form of a bitter receptor gene was found, in a 2014 study, to contribute to differences in the enjoyment of coffee: People who perceived stronger bitterness liked coffee more; those with a lower bitterness perception liked coffee less.

The study authored by Okada also didn’t measure environmental factors. Our environment, demographics, socioeconomic status and culture — such as whether we eat food from work or home; our age; how much money we make; and what our families eat — are some of the biggest drivers of our food choices.

“These factors would weigh more than the genetics in some cases,” said Dr. José Ordovás, director of Nutrition and Genomics at Tufts University in Massachusetts, who was not involved in the study.

Given all the findings that genetic differences influence not only responses to foods but preferences as well, experts think considering them can help nutritionists personalize diets to each person’s needs and tastes while still hitting nutritional requirements.

“Something that sometimes we have felt is that the nutrition field has been focusing too much on nutrients rather than on foods,” Ordovás said.

“Previous studies have been looking at genes that were associating with higher protein intake or higher fat intake or higher carbohydrate intake,” Ordovás said. “But this study is more aligned with the fact that people eat foods. They don’t just eat proteins, carbohydrates and fats. People tend to eat within a specific pattern.”

Further research is needed to explain an exact balance between genetic predisposition and volition when it comes to food choices in different groups of people, but Okada suggests that by “estimating individual differences in dietary habits from genetics, especially the ‘risk’ of being an alcohol drinker, we can help create a healthier society.”