Protesters have marched for nearly 2 weeks, crowds get bigger 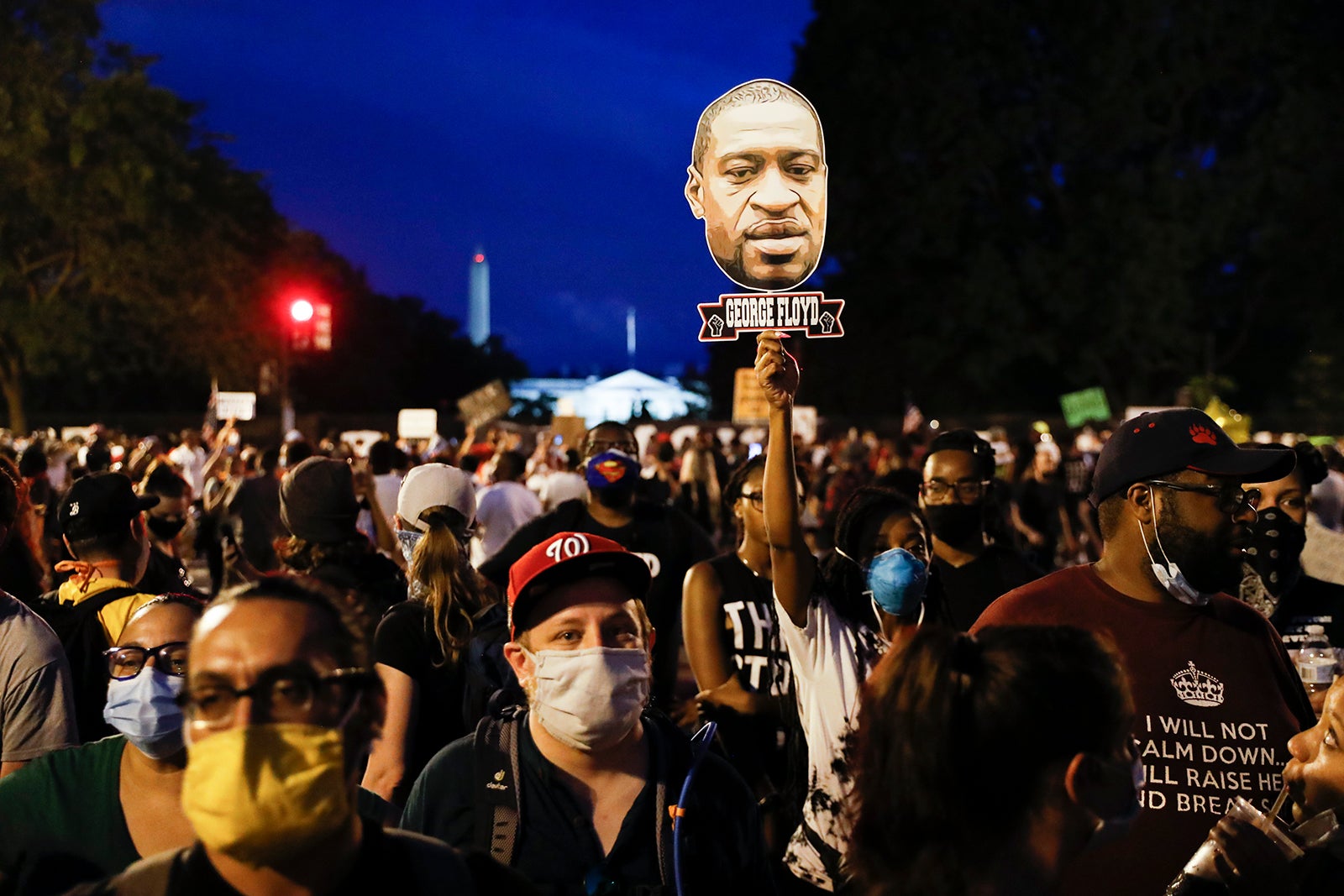 (CNN) — Massive demonstrations across large US cities — and small ones too — have been underway for nearly two weeks and protesters show no signs of slowing down.

Saturday’s marches drew some of the largest crowds since the demonstrations began — especially in the nation’s capital.

The words “Black Lives Matter” now aren’t just chanted across US cities, but by thousands of people globally; including in France, Germany, England, Australia and Canada. The short, powerful message was even captured from space after the mayor of Washington, DC, ordered it painted in giant, yellow letters on the street leading to the White House.

The damage and looting that overshadowed the earlier days of unrest have mostly subsided and some cities have begun doing away with curfews — the latest among them, New York.

Mayor Bill de Blasio said on Twitter on Sunday morning that the city’s curfew from 8 p.m. to 5 a.m. would be lifted, “effective immediately.”

“Yesterday and last night we saw the very best of our city,” de Blasio said.

Despite experts’ concerns about coronavirus spread, the peaceful crowds decrying police brutality anddemanding both justice for George Floyd and sweeping changes within the country’s policing systems continue to swell in size.

And as the protests enter day 13, some cities have begun rolling out new rules for officers or plans of reform, prompted by both the demonstrations and the violent police response they’ve been met with, including tear gas and rubber bullets.

Police forces all over the US have come under fire for their use of excessive force during the protests — the very thing demonstrators say they are speaking out against.

Mayor de Blasio said Sunday that two NYPD officers were suspended without pay due to their actions while policing protesters. One was accused of shoving a woman to the ground in Brooklyn last Friday, while the other was accused of pulling down a protester’s face covering and spraying the protester with pepper spray.

Both officers face further disciplinary action, de Blasio said. Additionally, a supervisor in charge of the officer who pushed the woman has been reassigned.

In just a week, footage showed police in Buffalo, New York, push an elderly protester to the ground, causing him to bleed from the head. In Fort Lauderdale, Florida, an officer was placed on administrative leave after shoving a kneeling protester during a demonstration. And in Kansas City, Missouri, footage shows officers using pepper spray and restraining a man who was yelling about police using excessive force.

On Saturday, Portland Mayor Ted Wheeler directed the city’s police chief to stop using tear gas to disperse crowds “unless there is a serious and immediate threat to life safety, and there is no other viable alternative for dispersal.”

“I stand in solidarity with our non-violent demonstrators, who are sending a strong message that we are long overdue for meaningful reform and restorative justice,” the mayor tweeted.

Portland is the latest US city to move away from the tactic.

The Seattle police chief said Friday she suspended the department’s use of tear gas for crowd management for at least the next month. And in Denver, a federal judge granted a temporary restraining order prohibiting the use of “chemical weapons or projectiles of any kind” against peaceful protesters.

The order comes after four Denver residents who participated in demonstrations filed a complaint Thursday challenging the department’s use of chemical agents and rubber projectiles during protests.

In New York, Gov. Andrew Cuomo outlined a legislative agenda on criminal justice reform saying on Saturday that his state “is going to lead the way” in change.

Points on the “Say Their Name” agenda include:

“Police have to do their jobs, protect public safety. There’s also police abuse. There’s abuse of power. Protestors — most of the protestors are peaceful — they are indignant. It is righteous indignation,” Cuomo said in a statement.

“I don’t see anybody who can see the Mr. Floyd video and not be indignant. I don’t understand how you can see that murder on video tape and not be outraged. I said from day one, I share that outrage,” he said.

Floyd remembered near his birthplace

While thousands of peoplecontinued protesting Saturday, hundreds lined up for a public viewing of Floyd’s casket in Raeford, North Carolina — about 20 miles from where he was born.

Floyd died last month after pleading for his life as ex-Minneapolis officer Derek Chauvin pressed his knee on the man’s neck.

In a packed memorial for Floyd Saturday, Rev. Christopher D. Stackhouse recounted the protests all over the country and said it was “Floyd who sparked the fuse that is going to change this nation.”