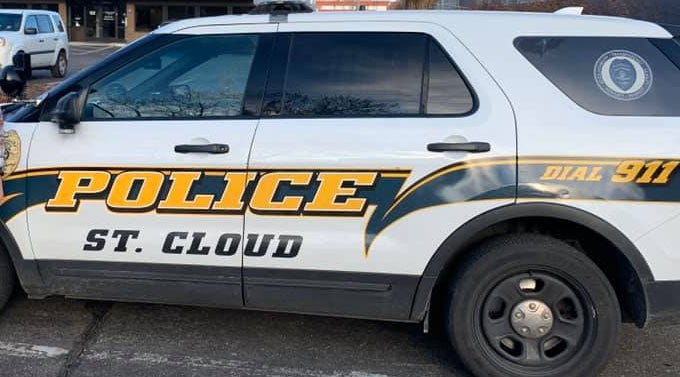 (CNN) — A Minnesota police officer could have shot an armed teen early Monday, and though the officer would’ve been completely justified, he held his fire, St. Cloud Police Chief Blair Anderson said.

The officer was shot during a struggle, Anderson said, but neither he nor his partner shot back and the suspect was arrested.

Following the incident, residents on the south side of the city heard via social media that police shot two black men, and about 100 marchers damaged property on their way to the police station, Anderson said at a news conference. He was joined by an NAACP official, a local pastor and the mayor.

“We had information that when they arrived here their intent was to damage property and take over our police station. That didn’t happen,” the chief said. “It is abhorrent to me. … This place could’ve been on fire over a lie — not just some misinformation, not just a few facts here and there. It was flat-out untrue.”

Pastor James Alberts of Higher Ground Church of God and Christ in St. Cloud appeared alongside Anderson to say the anger over Floyd’s killing — and the long-raging “pandemic” of racism — is justified, but the St. Cloud police showed that “it is possible to police and not kill.”

“The community is rightfully concerned, but there’s no one dead here today. We’re thankful that no one has died,” he said.

Officer shot in the hand

Police received a call about a man with a firearm outside a business, and when two officers arrived around 12:09 a.m. (1:09 a.m. ET), they chased the suspect, caught him and one of the officers was shot in the hand during an ensuing struggle, Anderson said.

The handgun used to shoot the officer was recovered at the scene, and another firearm was found nearby, he said. The officers were able to subdue the teen without opening fire, the chief said.

The unidentified 18-year-old suspect was arrested and will face numerous charges, though the chief didn’t outline the exact counts he will face. He was hospitalized with minor injuries, he said.

St. Cloud police do not use body cameras because there are “still a great many things that need to be ironed out with body cameras,” and Anderson’s seen some police departments already “walking back” their use of the devices, he said. The chief is studying best practices, he said, and is working on a developing a policy.

Anderson referred questions about the investigation to the state Bureau of Criminal Apprehension, which is leading the probe.

“The BCA is in the very early stages of its investigation. We’ll provide more information as soon as possible,” spokesman Bruce Gordon said.

The injured officer, a 14-year veteran, underwent surgery early Monday. Anderson visited him in the hospital and said he was in “good spirits.” The chief declined to identify the policeman.

Four people were arrested on minor charges related to the protest: one for obstruction; one for fleeing; and two for unlawful assembly, he said.

“This did, and our officer showed great restraint, great professionalism because that’s how we do what we do in St. Cloud, and that’s the reason that we work hard to build those relationships,” Anderson said. “This is one of those situations that could’ve gone markedly different.”

It was around 3:30 a.m. when the crowd of 100 or so people — operating on bad information they’d found on “that demon,” social media — showed up at the police station, “beginning to get unruly” and throwing rocks, Anderson said. Police used tear gas to get the crowd under control, he said.

“We’re angry about that. We’re outraged. We’re hurt. We’re sickened at what we saw,” the chief said.

Crediting the St. Cloud Police Department’s community-oriented policing and its work with young people, Denise Fale, president of the St. Cloud NAACP, praised the department’s restraint in Monday’s shooting and in previous incidents.

“We have a right to have the facts, and the facts are the young man had a gun, and just as Chief Anderson states, the definition of deadly force would have been the officer could have shot him — but he showed a tremendous amount of restraint. The young man is alive today,” Fale said.