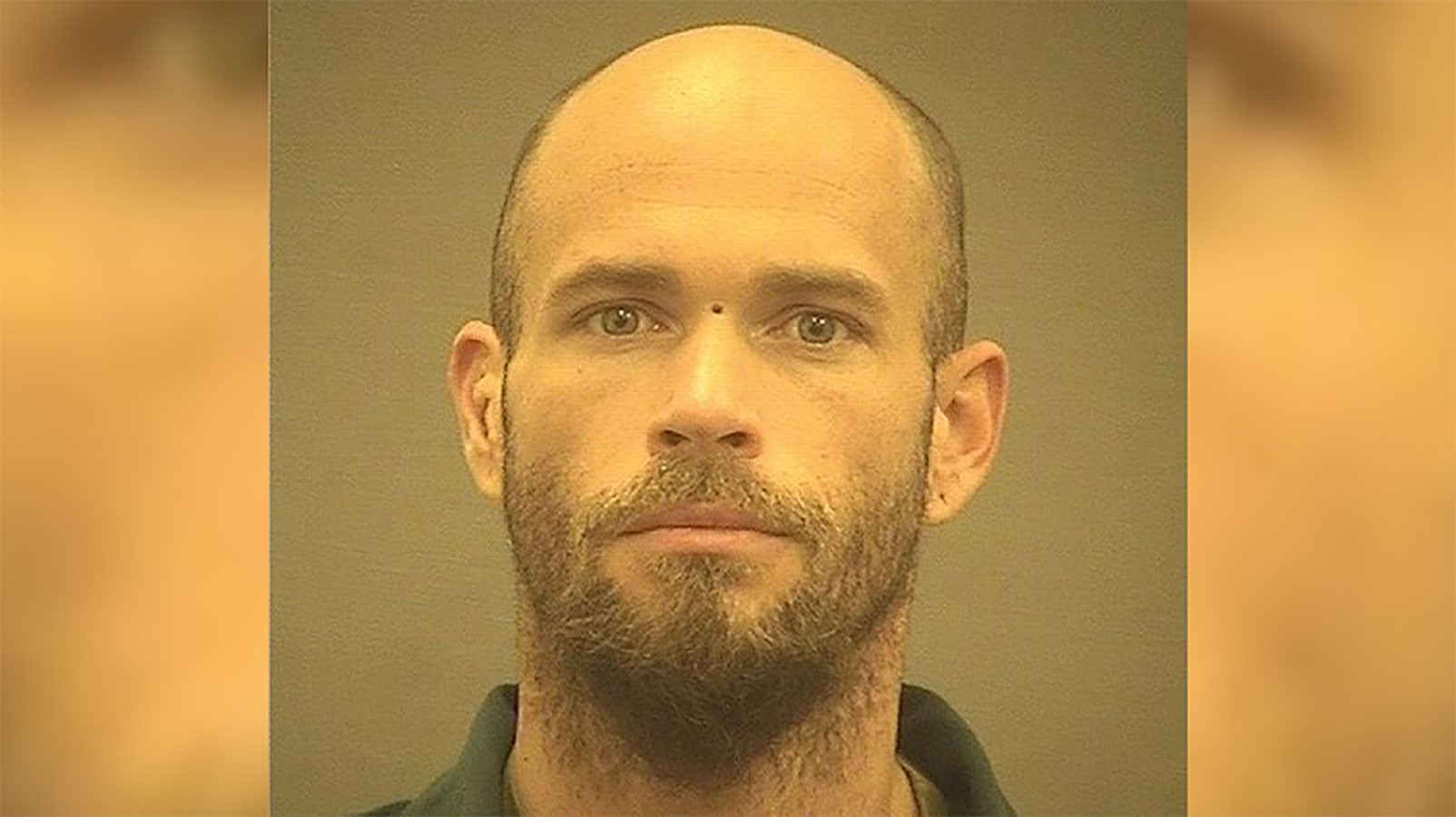 (CNN) — As trays with bologna sandwiches and canned fruit are being served to millions of people in America’s prisons and jails, US Capitol rioter and so-called “QAnon Shaman” Jacob Chansley is only eating organic food while he awaits trial.

Last week, a federal judge ordered that Chansley should be given organic food after several requests and an apparent hunger strike, claiming non-organic food was against his religion and sickened him. Chansley’s demand and the subsequent judge’s decision exuded privilege in a system that has a reputation of serving inmates bland and sometimes unsafe meals, advocates say.

“The fact that this man is given this kind of preference shows the double standard in the criminal justice system, and in the detention system,” said Rev. Al Sharpton, an iconic civil rights activist and founder of the National Action Network.

Chansley, the man seen in photos dressed in horns, fur headdress and face paint inside the US Capitol during the January 6 riot, was first detained at the Federal Correctional Institution Phoenix in Arizona, where he had been fed organic food, according to court documents. When Chansley was moved to the nation’s capital to face his charges, the DC Jail denied his request to eat only organic food because the jail’s contracted food providers did not offer those type of meals.

Following the judge’s order, Chansley was transferred last Thursday to William G. Truesdale Adult Detention Center in Alexandria, Virginia. He was moved there after Aramark, one of the largest food service providers in the country and the contracted food service by the jail, said it could meet the court’s requirements and provide organic food meals, said Amy Bertsch, spokeswoman with the Alexandria Sheriff’s Office.

His attorneys have argued in court documents that he requires an organic diet because of his faith of Shamanism, an ideology that is “centered on the belief in supernatural phenomenon such as the world of gods, demons, and ancestral spirits.”

DC District Court Judge Royce Lamberth decided the accommodations could be made for Chansley because he had been fed organic food in detention in Arizona, and arguments about his adherence to Shamanism were enough to also convince the judge.

“There is no doubt that Shamanism is a religion and that defendant requests a dietary accommodation based on that religion, Lamberth wrote explaining his decision.

The Department of Corrections didn’t dispute that Shamanism is a religion.

The judge also explained that the “defendant’s willingness to go without food for more than a week is strong evidence of his sincerity in his religious beliefs.”

Sharpton, who has been arrested and in the custody of state and federal facilities more than 30 times after protesting injustices, said some prisons may respect an inmate’s request especially if its a religious-based diet. But “sometimes that’s not likely.”

“In the state jails, you eat what they give you or you starve … it is absolute punishment and punitive beyond the regardless for human rights and dignity,” Sharpton said. “In federal, they have different protocols, and they ask if you have any dietary or religious preferences.”

A look into federal prison food

William G. Truesdale Adult Detention Center — where former Trump campaign chairman Paul Manafort and other high-profile defendants have been held before — is not a federal prison.

But if convicted and sentenced, Chansley, who is a federal defendant, will likely be transferred to a BOP facility.

Inmates in federal custody are given a variety of breakfast items, including hot oatmeal, bread, jelly and fruit, according to a copy of the Bureau of Prisons (BOP)’s 2020 national menu, which was shared with CNN. For lunch and dinner, there’s a rotating five-week menu that includes beef or soy tacos, tuna salad or hummus and pepper steak or lentils, the menu says.

For the 2019 fiscal year’s budget, the BOP estimated it will serve about 175 million meals to over 184,000 federal inmates. The BOP also estimated that over $401,000 would be dedicated for food services for the 122 institutions and other facilities. That’s about 4% of the agency’s budget for salaries and expenses appropriations.

Justin Long, a spokesman with the BOP, said fresh fruit and vegetables are served daily, and “inmates have the option to select from a regular, heart healthy, or no flesh entree for every meal, including vegan-friendly options.”

The BOP has a protocol in place to ensure its food supply is safe and does not always document or communicate vendor quality issues, according to a report by the Justice Department’s inspector general.

Last month, the owners of a food company that supplied South Carolina prisons agreed to pay $250,000 after authorities claimed the company diluted spices that “were substantially comprised of filler agent” from 2011 to 2018, the Justice Department said in a news release.

“Contractors that are selected and paid by the government to supply food to inmates are expected to comply with contractual and other standards,” said Kenneth R. Dieffenbach, Special Agent in Charge of the Department of Justice Office of the Inspector General Fraud Detection Office.

“When they provide adulterated products, as the defendants allegedly did here, the government is cheated and the health and safety of inmates are placed at risk.”

Leslie Soble, a research fellow at Impact Justice, a non-profit that advocates for criminal justice reform, said that feeding organic food to detainees at US correctional facilities is “completely unheard of.”

“Millions of other incarcerated people, most often from Black and brown people from low income communities are being served terrible food day after day, year after year,” said Soble, the lead author of “Eating Behind Bars: Ending the Hidden Punishment of Food in Prison,” a report exploring the quality and impact of food in America’s prisons.

“Chansley is a glaring example of White privilege and racial injustice,” she said, referring to his ability to get such food and also move facilities to do so.

The report, based on responses from nearly 500 formerly incarcerated people and family members, found that in many instances, the food served is not safe, is not appealing and has a low nutritional value.

“Someone told us that the only time that they would get chocolate milk was when the milk was spoiled,” Soble, who has done extensive research on food served in prison, said.

About 75% of the respondents reported being served rotten or spoiled food while they were incarcerated, the report says, and numerous people who were assigned to work in their prison’s kitchen said they were asked to serve chicken or beef from packages marked as “not for human consumption.”

While most facilities require that meals include vegetables and fruits, Soble says, what is being served ranges from a spoonful of applesauce, chunks of canned fruits, and canned green beans. In most states, Soble estimates that prisons spend between $2.50 to $3 per person in meals per day.

When asked about the food served at the Alexandria jail, a spokesman for Aramark told CNN that all correctional facility menus are designed by “registered dietitians to meet the nutritional requirements” specified by each individual facility and the guidelines set by the American Correctional Association.

Sharpton said he believes that there should be a federal law to address the nutriment of inmates since not all people in jail are convicted of a crime.

“It should be a law in the United States that we do not incarcerate people and force them to eat food to survive on sustenance that is provided by the state that is contrary to whatever their health needs, religious needs or dietary preferences are,” he said.

Soble has seen how the decision to grant Chansley’s request for organic food has drawn criticism, and hopes it leads to more people questioning why having poor quality prison food has become a norm.

“Why is it acceptable to use food as punishment for people who are incarcerated?” Soble said.