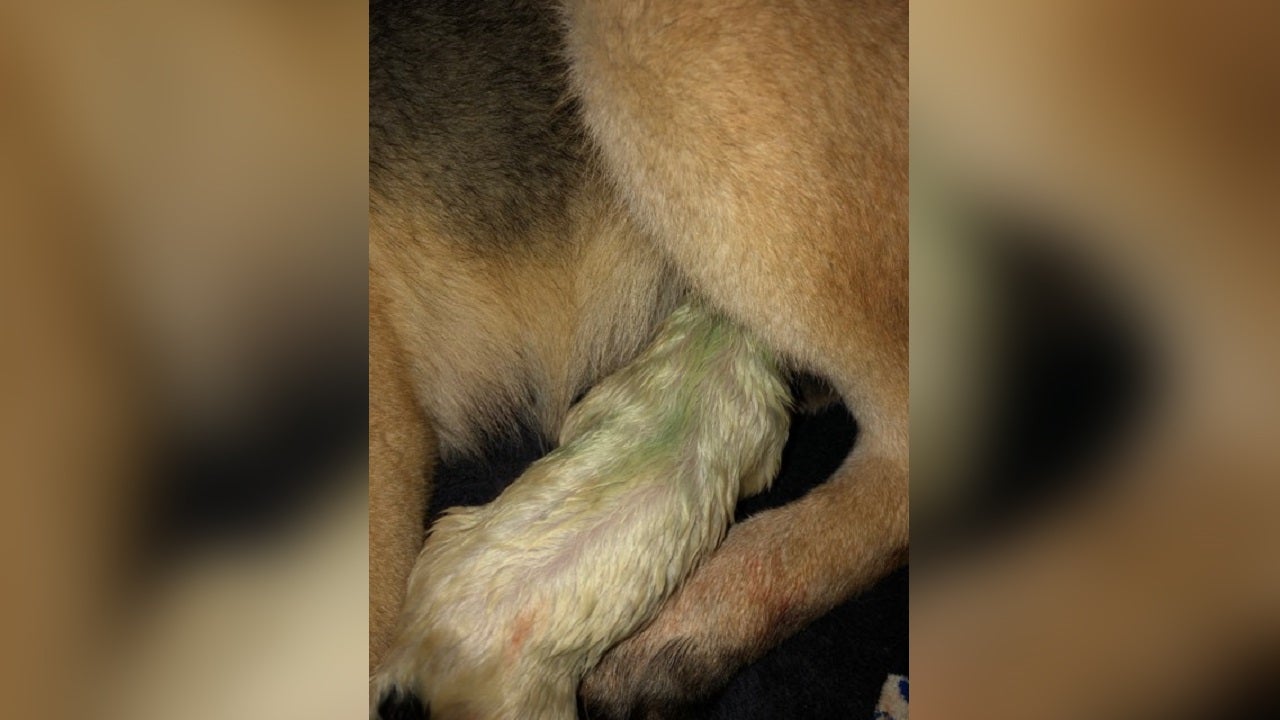 VALRICO, Fla. (WFLA)​ — ​​​​​​A dog rescue in the Tampa Bay area is feeling the luck of the Irish a little early this year.

A German shepherd named Reba gave birth to a green puppy on Tuesday. Reba is currently being fostered by Kristy Anderson through Heidi’s Legacy Dog Rescue in Valrico.

Anderson sent pictures of the green pup to WISH-TV’s sister station WFLA after it was born, joking that it was “an early St. Patrick’s Day gift!”

Reba gave birth to five other pups in addition to the green one. Mom and her puppies are all doing “fantastic,” Anderson said.

They’re not sure what the gender of the green puppy is yet but they believe it’s a boy.

As for its color – it will not stay green.

The rare coloring occurrence is caused by a green pigment that is found in bile. It’s the same one that’s visible when bruises start to turn green. The pigment can dye the fur of light-colored puppies in the womb. The color then fades over time.

Anderson tells us she just started fostering Reba on Saturday. She began fostering through Heidi’s Legacy a few months ago after she and her family moved to the Tampa Bay area. She currently has 13 dogs at her home, including five of her own.

Reba was picked up as a stray in Georgia about two weeks ago and was brought to the rescue. Anderson says the dog rode in with a few other shepherds from a large breeder bust in the state.

According to the official Heidi’s Legacy Facebook page, they only found out Reba was pregnant when they took her to get spayed.

Anderson says she will now foster the puppies until they are old enough for adoption.

“If (Reba) likes it here she can stay or she will go to a good home as well,” she said.