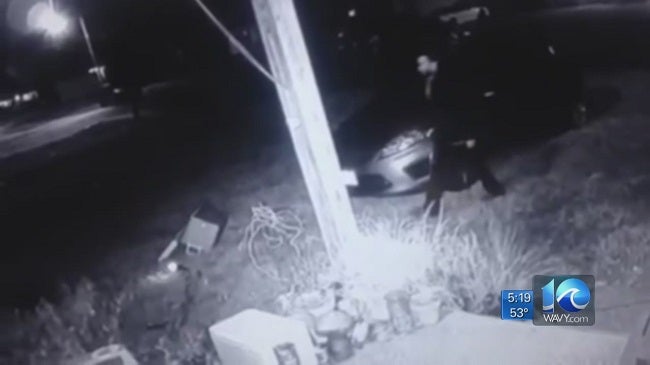 PORTSMOUTH, Va. (WAVY) – A real life Grinch made his presence known in Portsmouth over the weekend. The suspect stole Christmas lights from a home, but what he didn’t know was that it was all caught on camera.

Over the weekend Ward began putting out his lights at his home on Greeneland Boulevard. “It makes the neighborhood look better when everybody is decorating,” he said.

But when he went bed, under the cover of darkness, the suspect showed up at his doorstep.

“The guy walked up my sidewalk, cut across the yard, bent down and grabbed a light,” Ward said. “He unplugged it and walked off like he was supposed to be there.”

The suspect didn’t know it was all caught on camera. Ward installed the cameras a couple of months ago not knowing he’d need them so quickly.

“It just helps to see who did it so you’re not just wondering,” Ward said.

He has a face, but not a name. Ward says what he stole wasn’t very expensive, but that’s not the point.

“The point is that the guy walked up like he owned it, just helped himself and walked right off.”

Not deterred by the thief, Ward already put another light out to replace the one was taken. He says he looks forward to finding the person who stole a piece of his spirit.

Inside INdiana Business / 32 seconds ago