Record virus hospitalizations in Indiana, 6 others states as pandemic shadows US election 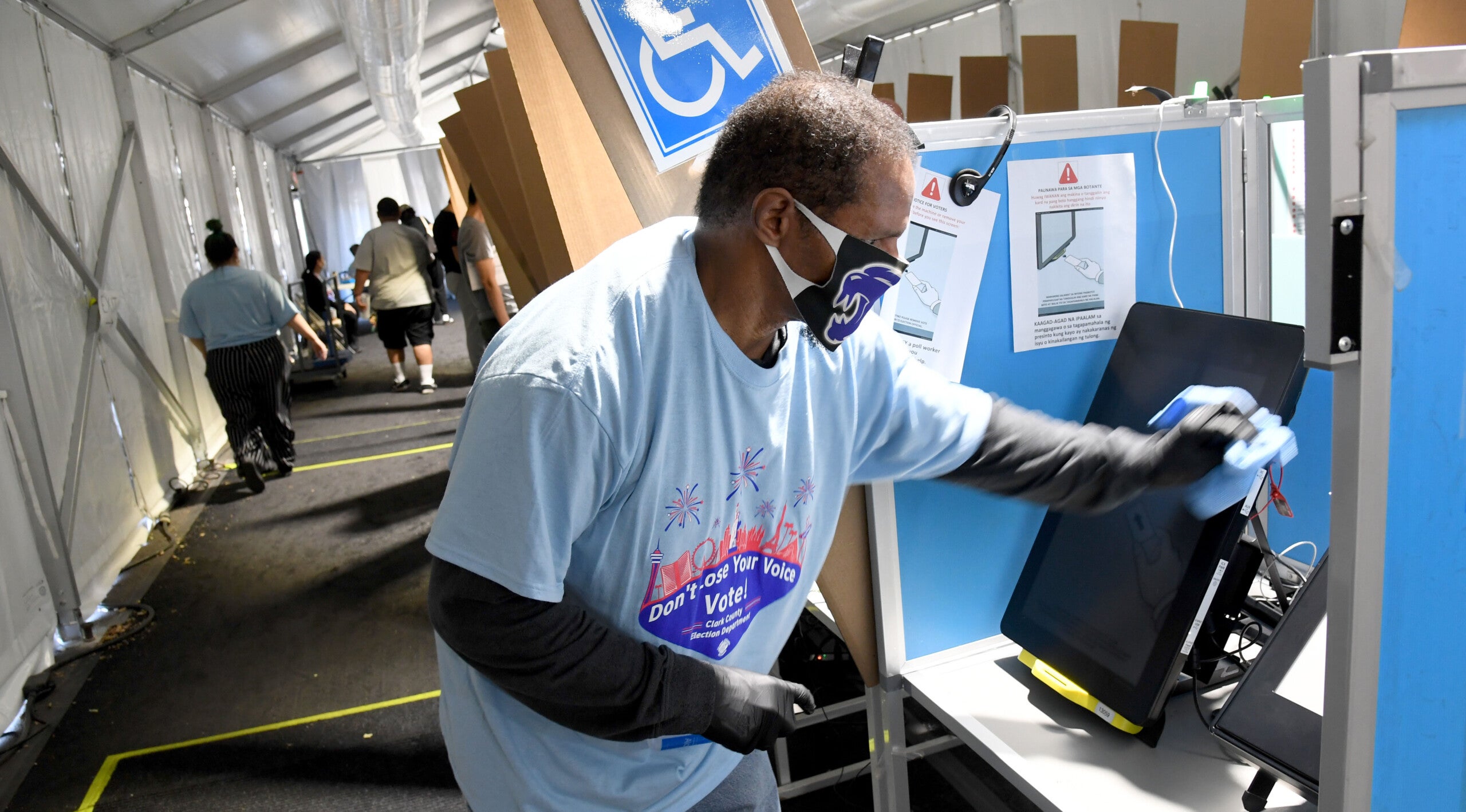 (AP) — Americans went to the polls Tuesday under the shadow of a resurging pandemic, with an alarming increase in cases nationwide and the number of people hospitalized with COVID-19 reaching record highs in a growing number of states.

While daily infections were rising in all but three states, the surge was most pronounced in the Midwest and Southwest.

The resurgence loomed over candidates and voters, fearful of both the virus itself and the economic toll of any new shutdowns to control its spread. The debate over how far to take economically costly measures has divided a country already sharply polarized over President Donald Trump’s turbulent four years in office.

The pandemic colored who voters chose at the ballot box and how they did it. While many Americans took advantage of expanded access to mail-in voting, lines were long in many polling places, with record turnout expected and reminders of the pandemic were everywhere.

“It’s very serious that we have 400 people gathered in one space at the height of the pandemic here in Wisconsin. So, we’ve tried to take every measure to limit the movement throughout the room,” said Claire Woodall-Vogg, the election commission director of the city of Milwaukee, where poll workers were spread out into 12 different pods to limit contact.

In Indiana, the Republican candidate for attorney general tested positive for COVID-19 after developing “some symptoms,” his campaign announced Tuesday. Former U.S. Rep. Todd Rokita had been quarantining with this family after learning he was exposed to the virus, it said.

Hall said some voters’ hands were moist when they handled the ballots and the buildup of sanitizer eventually caused the scanner to stop working. The machine was fixed in about an hour.

Meanwhile, Iowa hospital officials warned their facilities and staff could be overwhelmed without serious efforts to curtail the virus spread. The state’s seven-day rolling average of positive cases reached 36.4% over the weekend, the third-highest in the nation behind South Dakota and Wyoming, according to researchers at Johns Hopkins University. Hospitalizations reached a record 730 on Monday.

Suresh Gunasekaran, CEO of University of Iowa Hospitals and Clinics, said Iowa is entering its third peak, one that is higher than previous ones in May and July. He said his biggest concern is that this peak comes at the beginning of the cold weather season, when the flu and other respiratory conditions typically increase hospitalizations.

Health officials in Nebraska said hospitalizations have doubled in recent weeks, reaching a record 613 on Sunday.

“No doubt if this trend continues — not just at our hospitals — but every hospital in the state could be at capacity in a very short period of time,” Dr. Cary Ward, chief medical officer for CHI Health’s network of 14 hospitals across eastern Nebraska and western Iowa said during a video call with reporters.

In Missouri, leaders of several rural hospitals raised alarms about bed capacity during a conference call last week with Republican Gov. Mike Parson, who drew renewed fire from his Democratic election challenger for his refusal to issue a statewide mask mandate. The state health department reported 1,659 hospitalizations statewide Monday, surpassing by 10 the previous record set a day earlier. Among the five additional deaths was a 13-year-old boy, the first child under 14 to die from the virus in Missouri.

In Colorado, officials said more residents have been hospitalized with the coronavirus than at any time since a peak in April. Flags were flying at half-staff in New Mexico, where death from COVID-19 surpassed 1,000 last week and hospitalizations reached a record 380 on Monday.

Trump’s insistence that the U.S. is “rounding the turn” on the virus angered many voters confronting figures that tell a different story.

The virus has killed more than 232,000 people in the country and total confirmed coronavirus cases have surpassed 9 million. As hospitalizations have climbed, so have deaths. The seven-day rolling average for deaths from COVID-19 has risen over the past two weeks from about 58,424 on Oct. 19 to 83,805 on Monday, according to Johns Hopkins University researchers.

“The fact that he (Trump) acts like this is a fake virus that the entire world is out to get him out of office shows just how convoluted his thinking is,” said Carrie Rogers, 44, a software development manager from Mount Laurel, N.J., who dropped off her ballot for former Vice President Joe Biden in one of hundreds of locked boxes set up around the state.

Of equal concern is the fear of more economic pain if the country heads into another round of lockdowns to contain the virus. While the U.S. economy grew at a record 33.1% annual rate in the July-September quarter, it has yet to fully rebound from the plunge in the spring.

Trump’s message prioritizing economic recovery over virus containment resonated with voters like Jason Schanta, a business owner and father of twin 13-year-old boys from Fountain Valley, California. He said his business was doing well before the pandemic, motivating him to vote for the president.

“I don’t trust Biden to get it open,” Schanta said of the economy.

But there were signs of the virus’ resurgence hampering economic reopening even without government shutdown orders, as a fearful public stays away from riskier activities.

Cruise Lines International Association, which represents the bulk of the cruise industry, said its members are extending the suspension of U.S. sailing operations through the end of the year, just days after the U.S. government effectively lifted its no-sail order. The cruise industry group estimates that the suspension of cruises snuffed out more than $25 billion in economic activity and 164,000 American jobs.