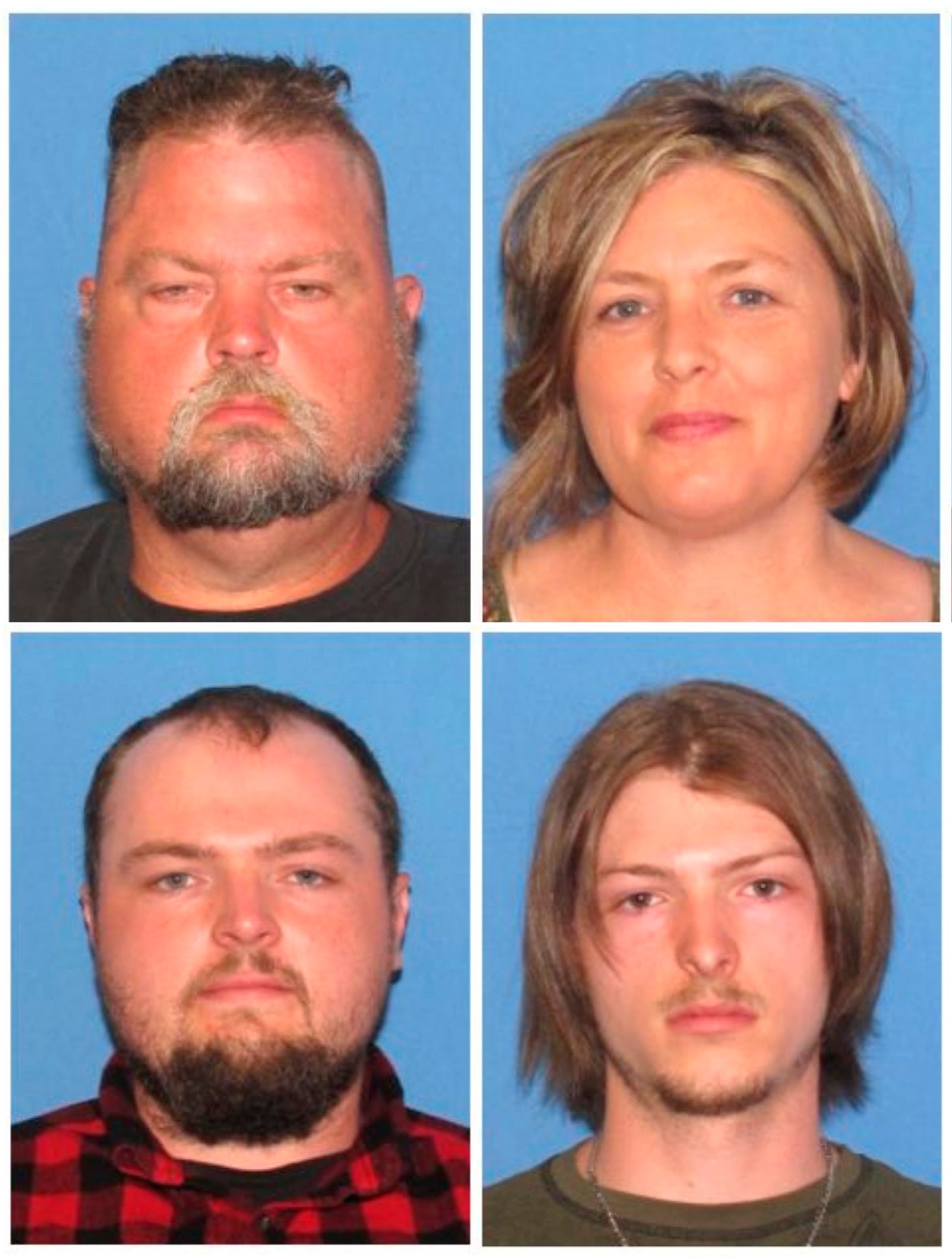 COLUMBUS, Ohio (AP) — A man who lost several relatives in the killings of eight people in southern Ohio four years ago filed a wrongful death lawsuit Tuesday against the suspects, saying he wants to be sure none of them receive financial gain from the crime.

Tony Rhoden Sr. is seeking unspecified economic and punitive damages against four suspects in the April 2016 killings and two others who were charged with peripheral offenses. Four are awaiting trial in Pike County; charges were dropped against one suspect, and another pleaded guilty to an obstruction charge last year.

“In my eyes, why should someone benefit from destroying other people’s lives?” Rhoden, whose brothers Gary Rhoden and Christopher Rhoden Sr. were among the eight victims, said in an interview. Any money that arose from publicity over the case should go to the victims’ surviving children, he said.

The shooting deaths of the seven adults and a teenage boy in April 2016 terrified residents in the rural community and led to one of the most extensive criminal investigations in state history. Not until November 2018, more than two years after the killings, did authorities announce arrests.

Surviving family members “suffered and continue to suffer damages for the mental anguish caused by the deaths,” according to the lawsuit filed in Pike County, where the killings happened.

“We will do whatever is necessary to attempt to hold those responsible for these heinous acts accountable,” said Columbus attorneys Brian Duncan and Adam Nemann, representing Tony Rhoden.

Several lawyers representing those named in the criminal complaint said they couldn’t comment because they hadn’t seen the lawsuit yet. Attorney Mark Collins, representing George Billy Wagner III, said, “Once he gets served, I’ll get him to an appropriate civil attorney to defend that.”

It’s unclear whether any of the suspects — if convicted — could receive compensation, such as proceeds from a book or movie. Like many states, Ohio has a “Son of Sam” law that prevents convicted criminals from benefiting financially from their crimes.

The law is named for the nickname given to the 1970s New York City serial killer David Berkowitz. It was originally passed out of concerns he might try to make money from his crimes, though he denied ever wanting to.

Tony Rhoden’s lawsuit names the six members of one family — the Wagners — who were arrested and charged in November 2018.

Authorities have said a custody dispute between the Rhoden and Wagner families may have been a motive for the killings. One of the suspects, Edward “Jake” Wagner, was the former boyfriend of 19-year-old Hanna Rhoden, one of the victims, and shared custody of their daughter.

Prosecutors say the Wagner family spent months planning the killings, which happened at three trailers and a camper near Piketon. Most of the victims were repeatedly shot in the head, and some showed signs of bruising, as if they had been beaten. Three young children at the scenes were unharmed. All but one of the victims were shot multiple times in the head.

The Wagners lived near the scenes of the killings about 60 miles (100 kilometers) south of Columbus.

The Wagner family is well-known in southern Ohio for breeding horses, dogs and other animals on a farm founded by Fredericka Wagner and her late husband, George Wagner Jr.

Fredericka Wagner still lives on the the roughly 2,000-acre farm, which is valued at just over $4 million.

In June 2019, a judge dismissed obstruction and perjury charges against Fredericka Wagner after prosecutors said the investigation was ongoing and there were concerns about violating her right to a speedy trial.

Prosecutors had said Wagner lied to a grand jury after investigators found two bulletproof vests at her home. Her attorney said she bought the vests two weeks after the killings to protect her family and that she initially didn’t remember where she bought them.

In December 2019, Newcomb pleaded guilty to an obstruction charge after being accused of lying to investigators. She was not accused of taking part in the Rhoden family killings, but prosecutors said the charges against her arose from the investigation.

The remaining defendants could face the death penalty if convicted.

Tony Rhoden, 52, lives and works at a family resort and campground in southern Ohio. The 2018 arrests brought peace of mind but little else.

“It’s like you live it every day. When do you get to the point that you feel like you’re actually healing?” Rhoden said.