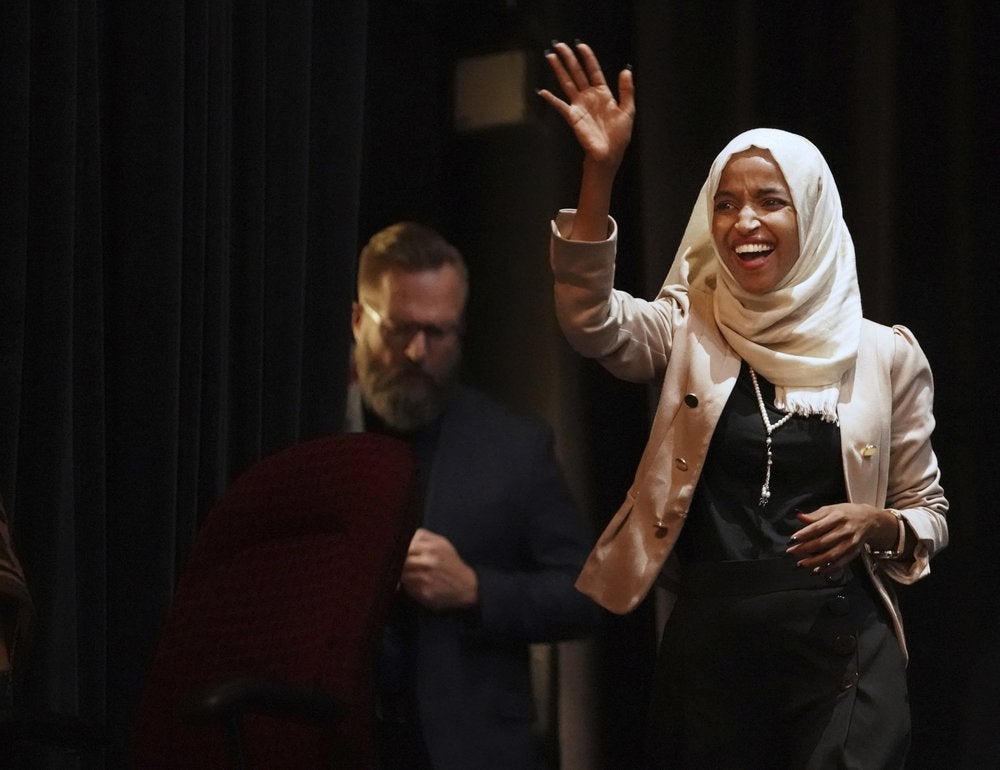 “إِنَّا لِلّهِ وَإِنَّـا إِلَيْهِ رَاجِعُونَ. Inna lillahi wa inna ilayhi raji’cuun. Surely we belong to God and to Him shall we return,” Omar wrote in a statement. “It is with tremendous sadness and pain that I share that my father, Nur Omar Mohamed, passed away today due to complications from COVID-19.”

The Minnesota Democrat continued, “No words can describe what he meant to me and all who knew him. My family and I ask for your respect and privacy during this time.”

She also announced his death in a Twitter post and shared a photo of them standing next to each other.

On the eve of her swearing-in ceremony as the first-ever Somali-American member of Congress in 2019, Omar shared a photo of her and her father on social media, smiling as they walked through Ronald Reagan Washington National Airport in Virginia.

The next day, while standing next to her father in a congressional office building, Omar told CNN that their arrival at the airport was a “very emotional moment.”

“As we exited our planes, we realized that him and I had not returned (to) that same airport since the day we first landed here as refugees,” she said then.

“It’s a very — really overwhelming and emotional time for us,” Omar added. “I don’t think — as my dad said, he had high hopes for us about the opportunities we would have when we came to this country. But I don’t think he imagined that some day his baby would be going to Congress just 20 years after we arrived here.”

Her father told CNN that “it was amazing” to see his daughter elected to Congress.