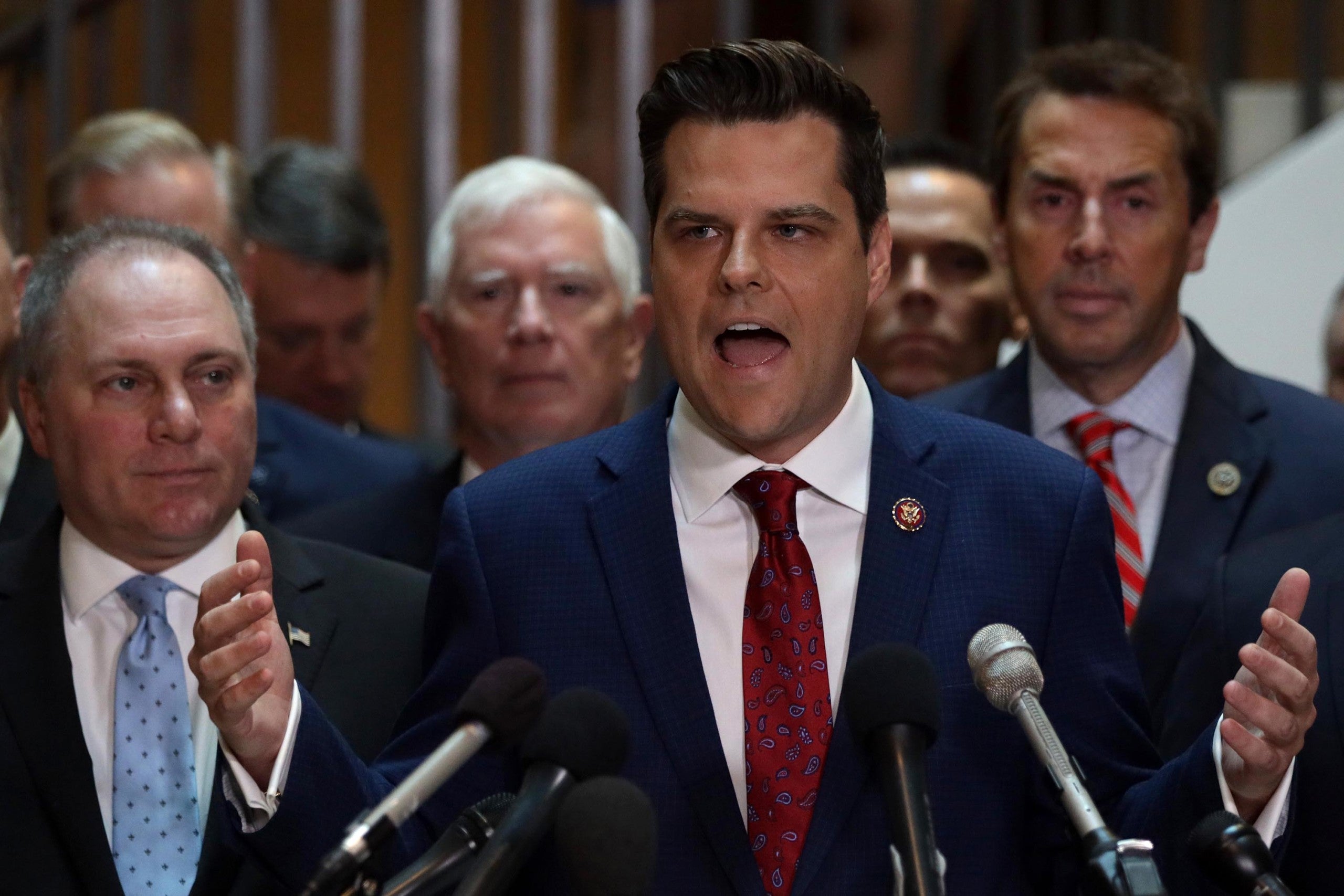 (CNN) — Republican Rep. Matt Gaetz of Florida is facing scrutiny after a Politico report suggested that he had used thousands in taxpayer dollars in ways that could run afoul of House ethics rules.

The possible issues, according to Politico, involve Gaetz’s use of $28,000 in taxpayer funds to pay an LLC that is affiliated with a speech-writing consultant. According to Politico, Gaetz’s office acknowledged that he had improperly sent $28,000 to a company connected to the speechwriter, Darren Beattie, who was hired by Gaetz in April 2019. Beattie is a former White House speechwriter who attended a 2016 conference featuring several white nationalists.

Gaetz’s office has denied wrongdoing in a statement to CNN, arguing that when it came to paying the LLC, “the contractual arrangement was approved by the necessary House authorities, a second review by the Finance Office determined that the services could not be contracted for in exactly that fashion and our office is currently working through the best way to proceed with both Finance and the House Ethics Committee.”

“The funds were all immediately returned to the House as soon as the review determined this was not the right way to structure this. This is nothing more than a glorified clerical error,” the office said.

CNN asked Gaetz’s office if it had documentation of guidance it had initially received from the House authorities it referred to, but CNN had not been given documentation as of Wednesday evening.

Charlie Dent, who’s a former chairman of the House Ethics Committee and a CNN contributor, told CNN that it would be a problem if a member were found to be paying an outside speechwriter.

“If he was paying an outside speechwriter, that is a mistake. You are supposed to have a press secretary and (legislative) staff that help you with speeches,” Dent said. “It seems that the use of the taxpayer funds for speech-writing is a violation of House rules, and that could warrant a sanction from the Committee on Ethics.”