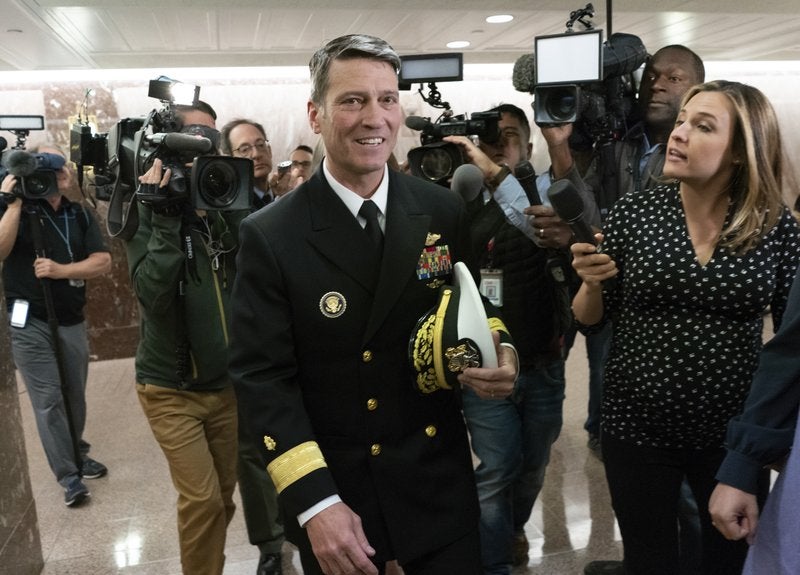 WASHINGTON (AP) — Dr. Ronny Jackson, a Navy rear admiral who abandoned his nomination to be secretary of Veterans Affairs amid numerous allegations, will not return to the job of President Donald Trump’s personal physician but will remain on the White House medical staff, Politico reported Sunday.

The newspaper reported that administration officials said Jackson has returned to a job with the White House medical unit. Dr. Sean Conley, a Navy veteran, who has taken the role of Trump’s personal physician after Jackson was nominated by Trump, will remain in that role.

Jackson withdrew his nomination Thursday after Sen. Jon Tester, D-Mont., released allegations that Jackson drank on the job, overprescribed medication and presided over a toxic work environment. Jackson has denied those allegations.

Tester, speaking on MSNBC, acknowledged that not all the allegations had been verified, but said they should be investigated. The White House released records that it says show the allegations were not true. The Secret Service said it has found no evidence of an alleged car accident involving drunken driving, one of the claims released by Tester.

Trump has complained bitterly about how Jackson was treated, and defended him as a good man who did not deserve such treatment. Trump has said Tester should resign after publicly discussing unproven allegations about Jackson.

Tester faces a tough re-election bid in a state Trump won easily in 2016.