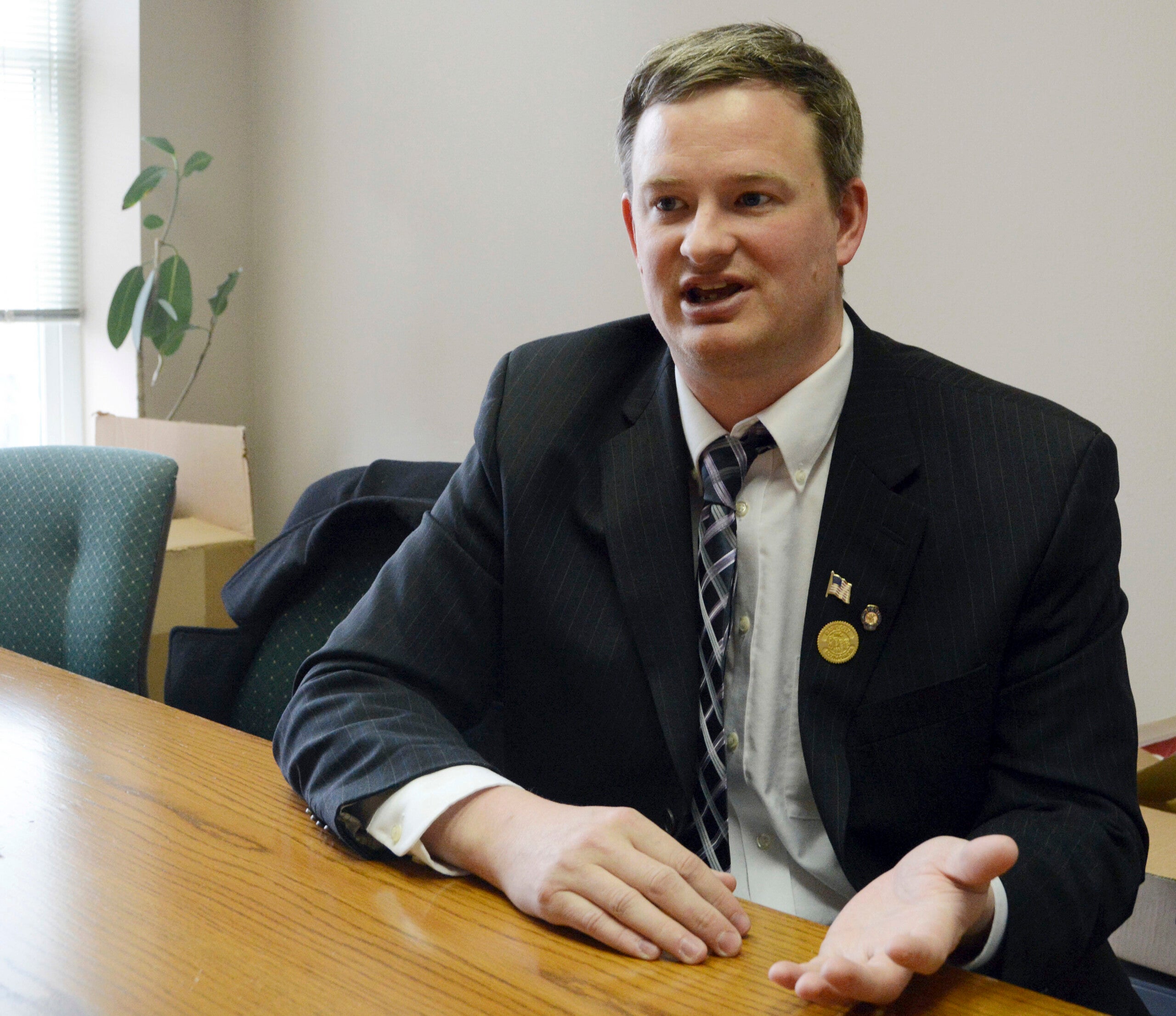 FILE - In this Feb. 23, 2014, file photo Jason Ravnsborg speaks in Sioux Falls, S.D. Ravnsborg was distracted before he drove onto a highway shoulder where he struck and killed a pedestrian in September, state Secretary of Public Safety Craig Price said Monday Nov. 2, 2020. Price said 55-year-old Joseph Boever was walking on the side of the road and displaying some type of light on the night of Sept. 12 when he was struck by Ravnsborg's 2011 Ford Taurus. (AP Photo/Dirk Lammers, File)
by: Kyle Bloyd
Posted: Nov 2, 2020 / 01:58 PM EST / Updated: Nov 2, 2020 / 01:58 PM EST

Price said 55-year-old Joseph Boever was walking on the side of the road and displaying some type of light on the night of Sept. 12 when Ravnsborg’s 2011 Ford Taurus hit him. Price did not describe what led Ravnsborg to become distracted.

Ravnsborg called 911 that night and told a dispatcher that he hit “something” and that “it was in the middle of the road.” When the dispatcher asked if it could have been a deer, Ravnsborg initially said, “I have no idea” before adding, “It could be.”

Boever’s relatives believe he was walking toward his truck that had crashed earlier that evening.

Ravnsborg initially told a county sheriff dispatched to the crash site on U.S. Highway 14 near Highmore in central South Dakota that he thought he struck a deer. He said he returned to the scene the next morning and discovered he had struck a man.

Whether Ravnsborg can be charged for distracted driving depends on what caused him to leave the roadway, Price said. A new state law that went into effect July 1 made texting and driving a primary offense that carries a $122.50 fine.

Hyde County State’s Attorney Emily Sovell, who is handling the case, did not immediately respond to a phone message seeking comment.

Boever’s cousin Nick Nemec said he was not surprised to hear that Ravnsborg was distracted and drove onto the shoulder of the road. Nemec said he visited the crash site numerous times and “you don’t have to be a rocket scientist” to figure out what happened.

“I think the attorney general should be charged at the very least with distracted driving,” Nemec said. “If he was distracted, then you’re getting into the territory of involuntary manslaughter. I think that would be an appropriate charge.”

Ravnsborg, a Republican, is serving his first term after winning election in 2018.

The investigation is still waiting on several reports, including a coroner’s summary and toxicology results, Price said. The speed limit at the site of the crash is 65 mph (105 kph), but it is unclear how fast Ravnsborg was driving.

Price would not describe what type of light Boever was carrying, but Nemac said it was not his cellphone.

“My brother Victor went into Joe’s house the next day and Joe’s cellphone was sitting on the table in Joe’s house,” Nemec said. “So that light had to be some other form of light.”

The attorney general was driving home to Pierre from a Republican fundraiser some 110 miles (180 kilometers) away in Redfield. Ravnsborg had said he had nothing to drink.

A toxicology report taken roughly 15 hours after the crash showed no alcohol in Ravnsborg’s system, although at least one expert said that would have been enough time for alcohol to leave the body of someone who had been drinking heavily.

A crash reconstruction expert from Wyoming and the North Dakota Bureau of Criminal Investigation assisted the South Dakota Highway Patrol in the investigation.

Such accidents would ordinarily be investigated by the South Dakota Bureau of Criminal Investigation, which answers to the attorney general’s office. The other agencies took on the investigation to avoid a conflict of interest.