Republican congressman thinks Burr is getting a better deal than ex-lawmaker who resigned: ‘This is not fair’ 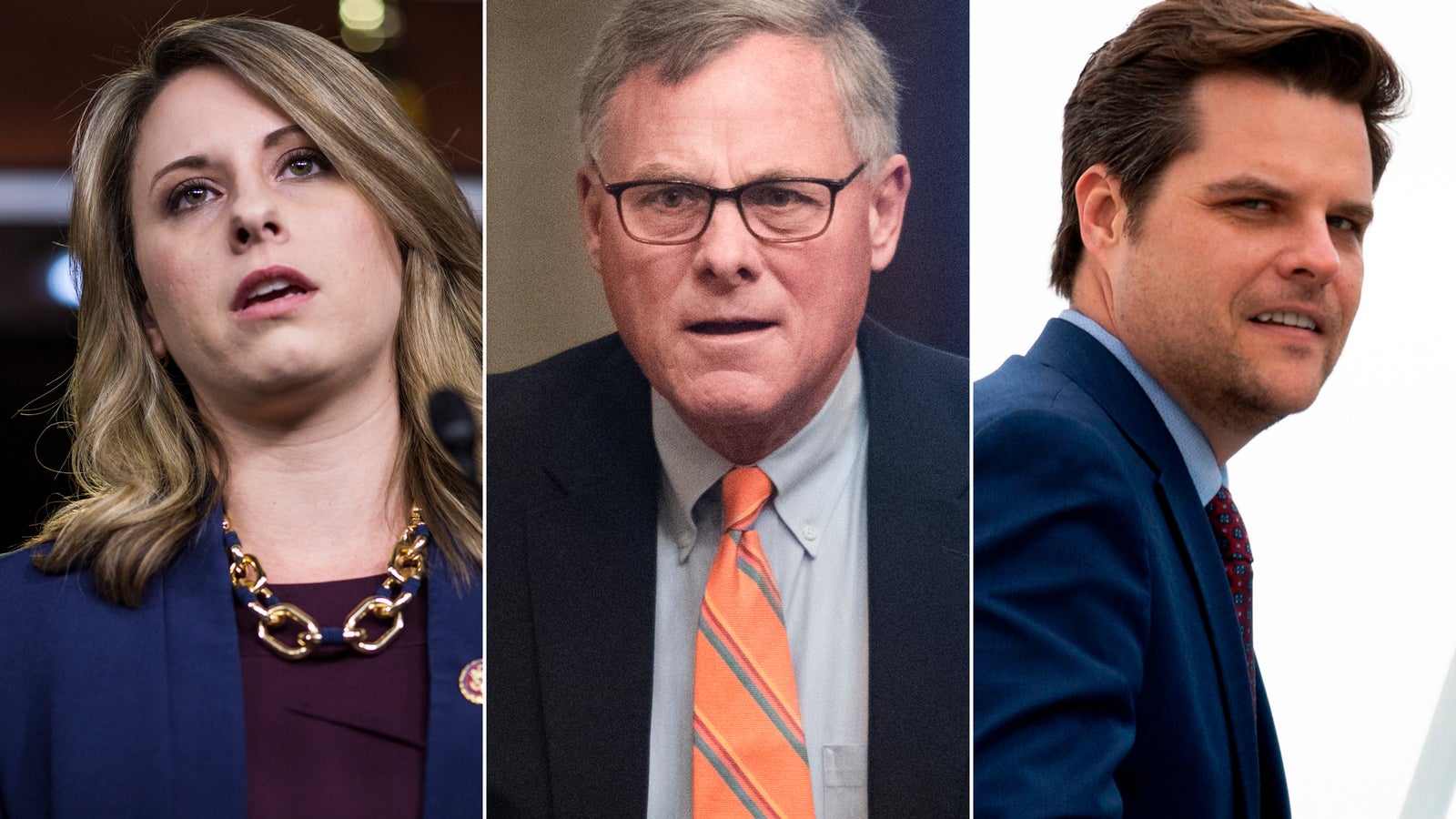 Florida Republican Rep. Matt Gaetz said on Monday that Sen. Richard Burr has received unfairly favorable treatment in retaining his powerful position when compared to former Rep. Katie Hill, who resigned after having an inappropriate affair with a staffer. (Provided Photo/Getty Images/AP via CNN)
by: Caroline Kelly, CNN
Posted: Mar 24, 2020 / 05:41 AM EST / Updated: Mar 24, 2020 / 05:41 AM EST

(CNN) — Florida Republican Rep. Matt Gaetz said on Monday that Sen. Richard Burr has received unfairly favorable treatment in retaining his powerful position when compared to former Rep. Katie Hill, who resigned after having an inappropriate affair with a staffer.

Burr, a North Carolina Republican who is the chairman of the Senate Intelligence Committee, was revealed last week to have sold up to $1.7 million in stocks last month just days ahead of the sharp market decline stemming from the novel coronavirus pandemic. He has asked the Senate Ethics Committee to investigate and has not stepped away from any of his roles.

“.@KatieHill4CA gets run out of Congress for screwing a campaign staffer absent any complaint,” Gaetz tweeted. “@SenatorBurr stays as Intelligence Chairman after screwing all Americans by falsely reassuring us w opeds on #COVID while he dumped his stock portfolio early. This is not fair.”

A week before his stock sell-off, Burr co-wrote an op-ed, titled “Coronavirus prevention steps the U.S. government is taking to protect you,” asserting that the US was “better prepared than ever before to face emerging public health threats, like the coronavirus.” Burr said Friday that he did not base his sales on any information he received as chairman of the Intelligence Committee and requested that an ethics investigation be opened into the trades.

A source familiar with the matter told CNN that the committee did not receive briefings on the virus the week of Burr’s stock sales.

Burr refused to answer CNN’s questions earlier on Monday about the controversial stock sales. When asked whether he could see that there would be an optics problem with the chairman of the intelligence committee making such sales, Burr replied, “I’ll leave that up the Ethics Committee.”

Gaetz’s tweet said that treament was “not fair” compared to the backlash Hill faced.

In October, the one-term California Democrat resigned from Congress days after she admitted to having an inappropriate relationship with a campaign staffer before coming into office.

The House Committee on Ethics had previously announced that it was opening an investigation into allegations Hill engaged in an improper relationship with a congressional staffer in possible violation of House rules banning relationships between members and their staff. The probe was announced after a conservative blog had released intimate photos of Hill, alleging she and her husband had a separate relationship with an unnamed female campaign staffer.

When the Ethics Committee announced its investigation, Gaetz defended Hill, writing in a tweet, “Who among us would look perfect if every ex leaked every photo/text? Katie isn’t being investigated by Ethics or maligned because she hurt anyone – it is because she is different.”

Hill was the first openly bisexual member of Congress from California.

Hill said that Kenny Heslep, her estranged husband of nine years, was trying to humiliate her by sharing the photographs after the couple filed for divorce. She expressed feelings of frustration over a double standard in her final speech on the House floor as a member of Congress.