Retired couple made 1,400 toys to give away this Christmas 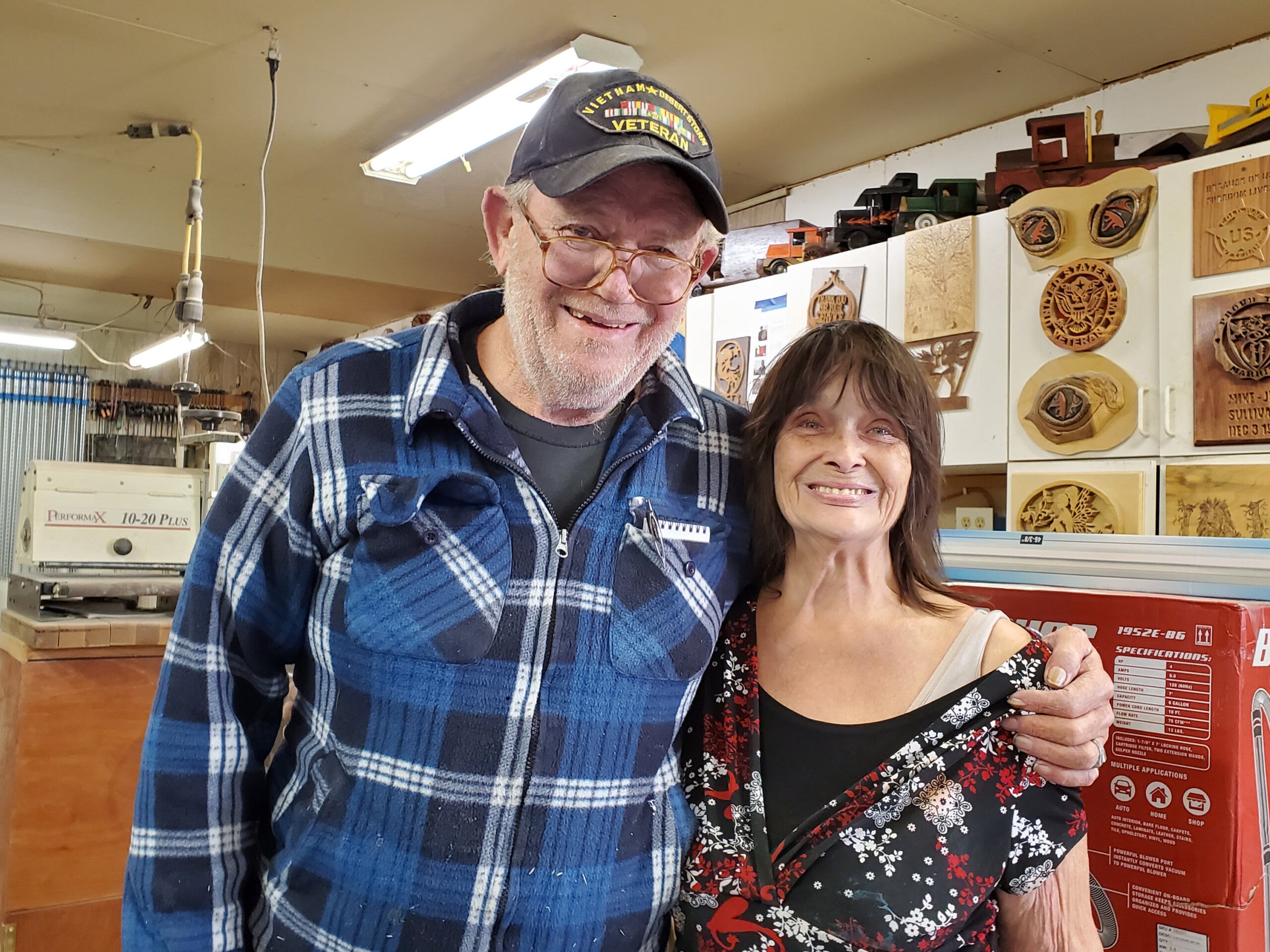 This 26-year Army veteran and his wife have spent most of the last decade making toys in a woodshop behind their house.

It’s a labor of love that started as a hobby.

“After retirement, I got bored and needed something to do,” 72-year-old Mike Sullivan told CNN.

The couple joined a woodworking club and one of their projects was to build toys for kids.

“Christmas time, we had a chance to see the kids get the toys and see how much joy it was,” said Sullivan.

What started as a hobby seven years ago turned into a mission to give away their handmade toys to parents and their children.

Mike and Judy Sullivan spend nearly every day in the shop.

“We’re both in good health and are able to be out here six to seven days a week for eight to 10 hours,” Sullivan said.

“It’s so much fun, it feels like home here in the shop working things out.”

And it’s something the couple, who just celebrated their 50th wedding anniversary, enjoy doing together.

Mike buys the lumber, the drill bits and saws and makes the patterns — cutting and sanding away.

Judy is quality control and decorator.

“I run my hands over all the toys and feel for something that’s not supposed to be there — a loose wheel or splinter,” said Judy. She also spray paints and decorates.

“The designs sort of come up in my head when I see the toys,” the 71-year-old said.

This year, their toys were especially needed with so many parents out of work due to the impact of the coronavirus pandemic on the economy.

The Sullivans give away many of the toys outside their home in the Coachella Valley.

They are extra careful scheduling folks at intervals to come check out the toys.

“We try to enforce safe distancing and masking,” said Mike.

This week, they’re delivering hundreds of toys to a kindergarten class, the Coachella Valley Rescue Mission and a church food pantry. They’ve mailed toys as far away as Indiana and Texas. Not only are the toys free, but the couple pays for the shipping although, they admit, that’s getting tough.

“As long as I can afford it, I can send them where I can,” he said.

Rescue mission development director Scott Wolf says the couple has donated their handmade toys for many years at Christmastime, and the kids love them.

“We are going to give them to the kids in our family shelter to play with in their toy room and their playrooms.”

The Sullivans’ toys will also be distributed to children during a drive-thru giveaway with social distancing, “making sure everyone is safe and happy and healthy.”

“All my kids and grandkids and great-grandkids get my toys,” said Mike Sullivan. And sometimes they jump the gun.

The couple makes trains, cars, trucks, pull and push toys (little alligators, elephants), ducks you put on a string and pull along behind you.

“They’re constantly coming by the shop and toys just disappear with the kids.”

Judy Sullivan said they watch them play with the toys and see what they like and don’t like about them. “If they drop a toy on the floor and break the head of a duck, we better reinforce that.”

“He’s got all sorts of toys and his favorite thing he plays with is the train my dad made him and the stacker he carries around with him everywhere.”

Mike says while he’s full of shrapnel from his service, that doesn’t slow him down in the toy factory.

“You have to adapt and overcome.” He refuses to charge for his toys. Maybe it’s because he knows what it’s like not to have much money.

“My dad was a miner, we were considerably poor,” said the retired Army first sergeant, who grew up in Montana.

His older brothers were both carpenters and made toys for him when he was a child.

“Most of the things I got were handmade toys. They were wonderful toys, I know how much I enjoyed them and just hope that kids that get them now still do.”

His dad and brothers have long since passed away. “I’m the last of the family,” said Mike, who fought in the Vietnam War and Desert Storm.

But those memories stick with him and he inherited their love of wood. “We do it for those who are less fortunate than we are now.”

Their daughter says her parents spent $19,000 out of pocket last year on supplies (she does their taxes). The woodworking club the couple belongs to normally contributes another $3,000. But due to pressures from the pandemic, the club just can’t chip in this year.

“We don’t go out a lot or spend a lot on things that are frivolous,” said Sullivan.

He says the hundreds of wheels and axles for the cars, trucks and trains are especially costly. With their kids’ encouragement, they started a GoFundMe to help.

Mike hopes anyone who wants a Christmas present next year will reach out to him, and he’ll do his best to get it to them, wherever they are.

He wants to buy a laser printer so that he can make double the toys they did this year.

“We’re a couple of old grandmas and grandpas doing what we do best,” said Judy. “That’s all there is to it.”