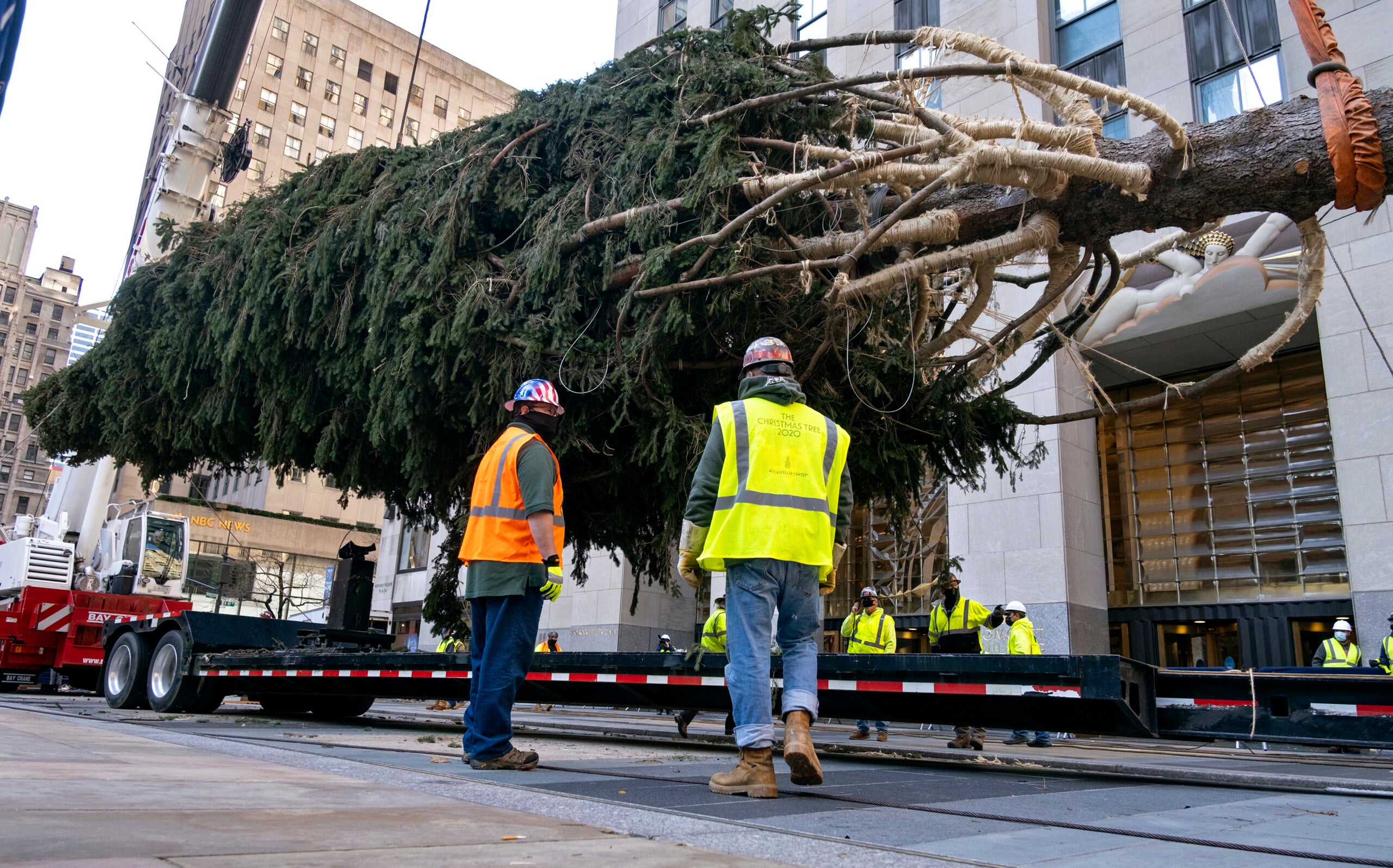 Video from NBC’s “Today” show recorded the tree being trucked in early Saturday morning. It was later lifted into its spot by crane.

The tree will be decorated over the coming weeks, and its more than 5 miles (8 km) of lights will be illuminated at a ceremony at 7 p.m. Dec. 2, according to NBC, which is broadcasting the event. No in-person spectators will be allowed this year because of the coronavirus pandemic, the network said.

The tree was donated by Al Dick of Daddy Al’s General Store in Oneonta, in central New York.

Tishman Speyer, the company that owns Rockefeller Center, has said it’s especially proud to keep up the tree tradition this year. The pandemic has spurred the cancellation of some other New York holiday customs, such as the Radio City Christmas Spectacular.