Roger Stone ordered to report to prison by June 30 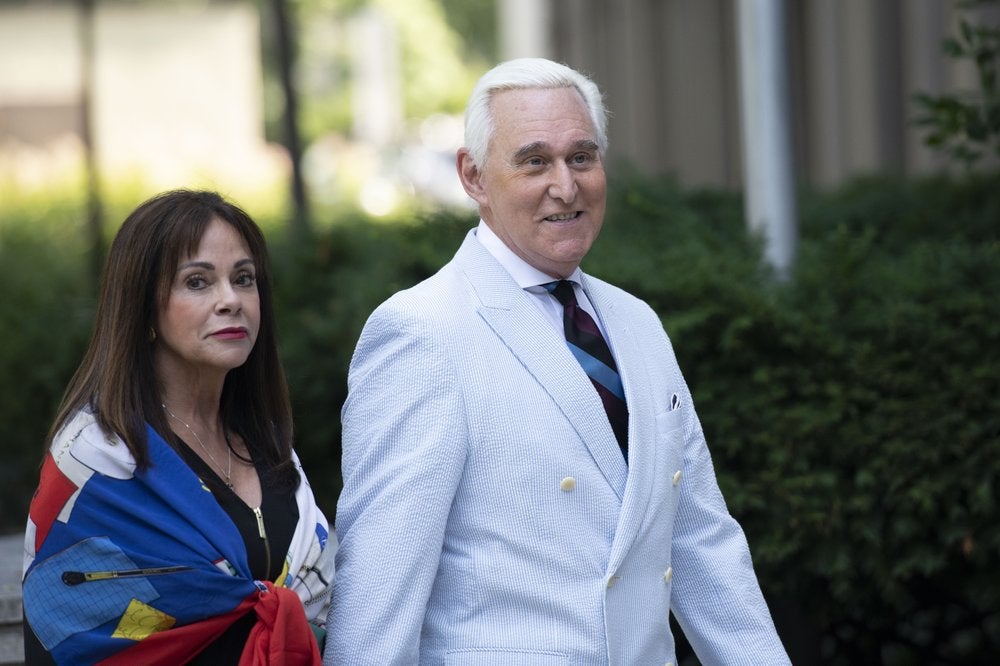 (CNN) — Longtime Trump friend and political adviser Roger Stone must report to prison by June 30, the Bureau of Prisons said on Thursday.

Stone has said in court filings that he plans to challenge that reporting date as he appeals his conviction — though it’s not clear how successful that may be.

An attorney for Stone declined to comment on Thursday. The Republican provocateur posted about the date on his Instagram account, adding the messages “#deathsentence” and “#freerogerstone.” He wrote he would not be quarantined for coronavirus when he reports to prison.

Stone is designated to be inmate #19579-104 after a federal judge sentenced him to 40 months in prison for lying to Congress and witness intimidation. A jury had found him guilty last year in a case that proved he had lied to protect President Donald Trump when the then-Republican-led House of Representatives inquired about the 2016 campaign’s efforts to reach WikiLeaks.

Stone has been living at his home in Florida since his arrest In early 2019, the last criminal case brought in special counsel Robert Mueller’s investigation. In addition to challenging his jury trial, Stone has openly sought a pardon from Trump in recent weeks.

Other convicted federal prisoners whom Trump personally worked with in 2016, including former campaign chair Paul Manafort and Trump’s estranged lawyer Michael Cohen, are out of prison serving their sentences at home because of the coronavirus, while the Justice Department, now led by Attorney General William Barr, has dialed back its severity toward Mueller cases, including parts of Stone’s.

It’s not yet known what prison Stone may have to report to.

“For safety and security reasons, we don’t share an inmate’s designated institution until after they have arrived,” Bureau of Prisons spokeswoman Sue Allison said.