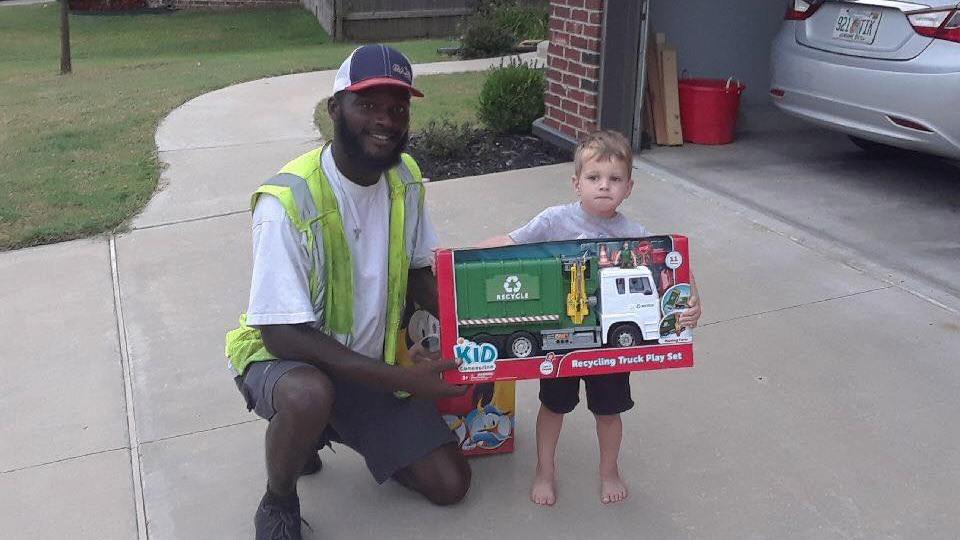 JENKS, Okla. (WNCN) — A sanitation worker in Oklahoma and a young boy have formed a friendship that is catching the attention of others.

According to a Facebook post by the City of Jenks, Aaron Mitchell, who is a sanitation worker in the city, will regularly see a young boy as he goes about his work route.

The post says the boy is always waiting outside of his home to greet the employees of American Waste Control as they round up trash around the neighborhood.

The post says the boy would wait outside “whether it was 30 degrees or 100 degrees.”

“As a result, the crew on the back of the truck became friends with him and his family,” according to the post. The boy would also bring them water and snacks.

“Thank you, Mr. Mitchell, and the whole crew from American Waste Control, for making this little boy’s day and keeping our community clean,” officials said in the Facebook post.