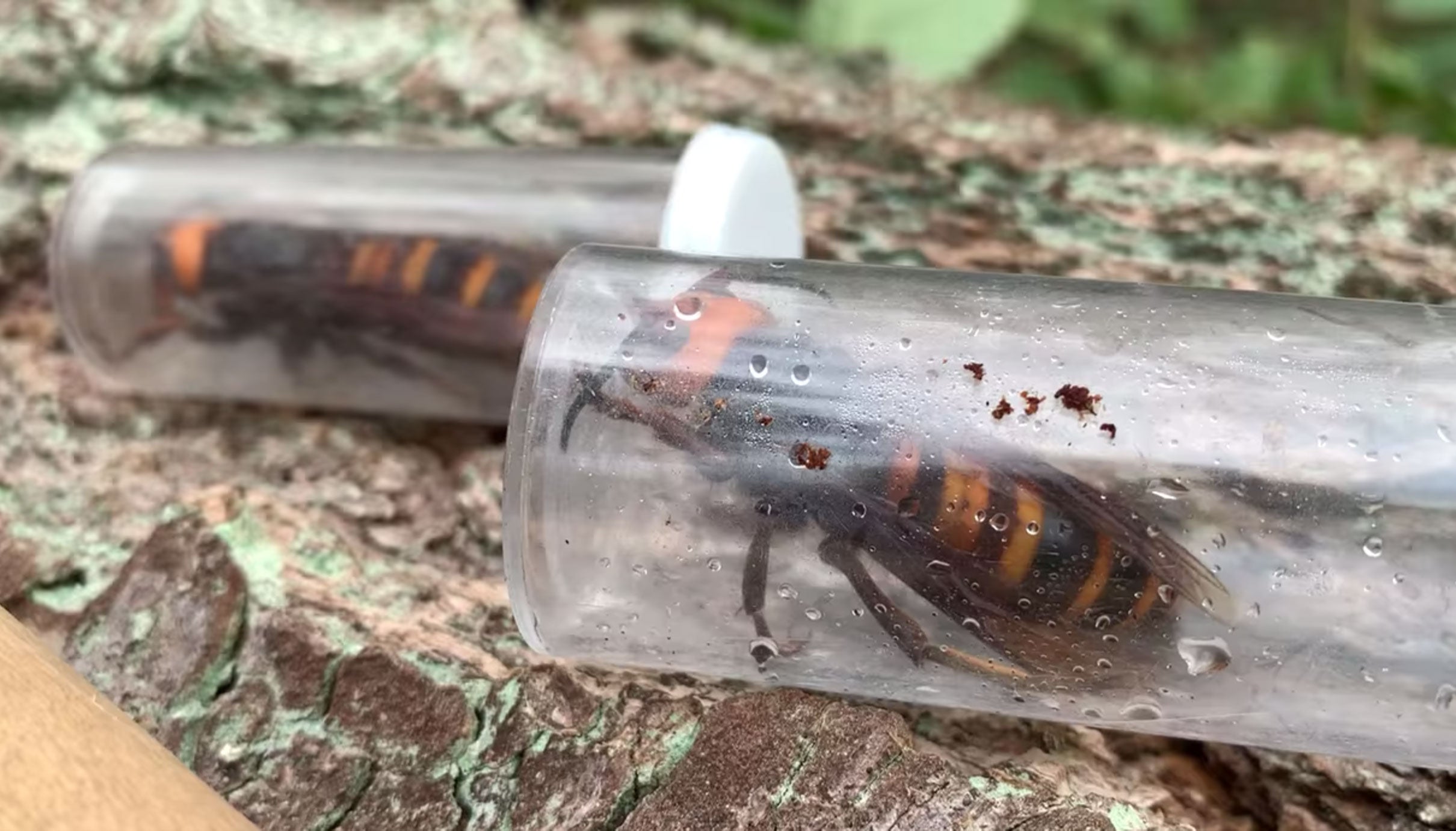 (CNN) — The first-ever known nest of Asian giant “murder hornets” in the US was eradicated on October 24.

However, two queens managed to survive and were captured by entomologists from the Washington State Department of Agriculture (WSDA). It’s unclear if both queens are virgin queens or if one is a virgin queen and the other is the old queen, the WSDA said.

The entomologists said in a Facebook post that they were able to vacuum out 85 hornets from the nest, all of which managed to survive. The WSDA opened the log that contained the nest on Thursday and are analyzing its contents. There are some adults in the nest readying to emerge from their cells, and the WSDA won’t have final numbers until they’re able to count all of the hornets.

All of the specimens will be studied for research, the WSDA said.

The Asian giant hornet nest was originally discovered on October 22 in a tree cavity near Blaine, Washington. Using a new type of trap, WSDA researchers tagged several captured hornets with radio trackers, which they used to lead them to the nest.

Asian giant hornets typically nest in the ground but can occasionally be found nesting in dead trees.

First discovered in Washington state in December 2019, Asian giant hornets are an invasive species not native to the US. They are the world’s largest hornet and prey on honey bees and other insects. A small group of Asian giant hornets is capable of killing an entire honey bee hive in a few hours, the WDSA said.

And honey bees are not the only reason these creatures are nicknamed “murder hornets.” Multiple stings from Asian giant hornets can kill a human, according to experts at Washington State University.