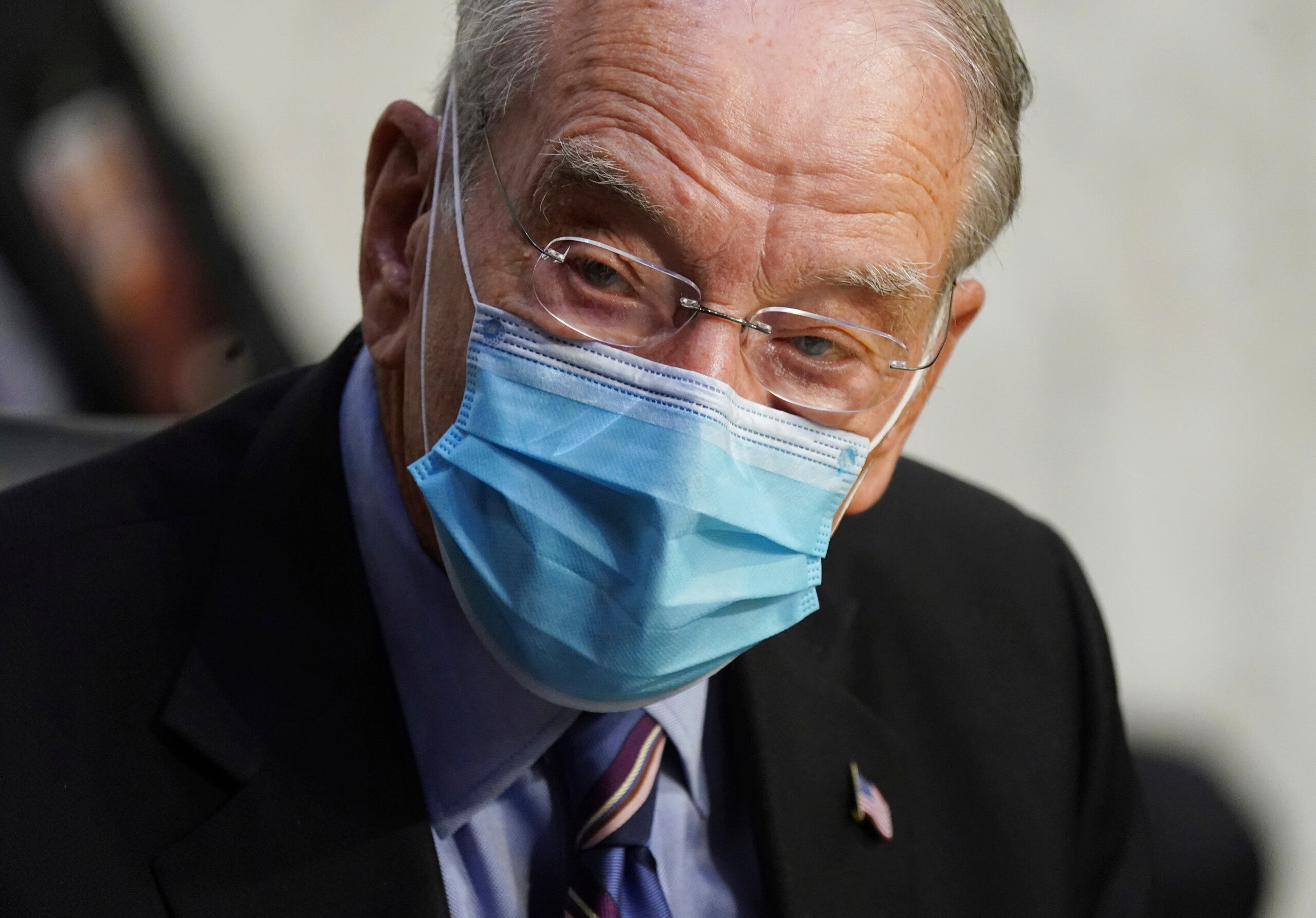 In this Oct. 12, 2020 file photo, Sen. Charles Grassley, R-Iowa, listens during a confirmation hearing for Supreme Court nominee Amy Coney Barrett before the Senate Judiciary Committee, on Capitol Hill in Washington. Grassley, the longest-serving Republican senator, says he is quarantining after being exposed to the coronavirus. Grassley is 87. He did not say how he was exposed. (Kevin Dietsch/Pool via AP)
by: MARY CLARE JALONICK Associated Press
Posted: Nov 17, 2020 / 11:05 AM EST / Updated: Nov 17, 2020 / 11:05 AM EST

WASHINGTON (AP) — Iowa Sen. Chuck Grassley, the longest-serving Republican senator, says he is quarantining after being exposed to the coronavirus.

Grassley, 87, did not say how he was exposed. He said he would follow doctor’s orders and “immediately quarantine” and work virtually as he waits for results of a test.

“I’m feeling well and not currently experiencing any symptoms, but it’s important we all follow public health guidelines to keep each other healthy,” Grassley said in a statement.

By missing votes this week, Grassley will break a 27-year streak of not missing a single Senate vote. According to his office, the last time he missed a vote was in 1993, when he was in Iowa assisting with relief efforts after severe flooding.

Grassley was first elected to the U.S. House in 1974 and then to the Senate in 1980. He is the chairman of the Senate Finance Committee and is expected to become the top Republican on the Senate Judiciary Committee when a new Senate session begins in January.