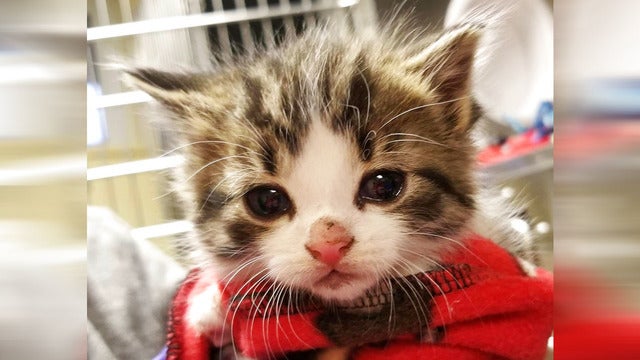 TROY, Mich. (AP) — A suburban Detroit police department says a cat set to be deputized for therapeutic purposes and public appearances has developed a serious illness.

The Troy Police Department said Thursday that Badges can’t perform the duties because she’s been diagnosed with feline leukemia, an often fatal disease that can be transmitted to other cats.

Michigan Human Society spokeswoman Anna Chrisman says the group hopes to find a new home for Badges for “as long as she is with us.” The Police Department’s “feline handler” has other cats would could be put at risk.

Police are seeking another candidate. A new cat could be officially appointed Friday — the day planned for Badges’ swearing-in.

Troy police say in a tweet that Badges will always be the department’s “first ‘pawfficer.'”