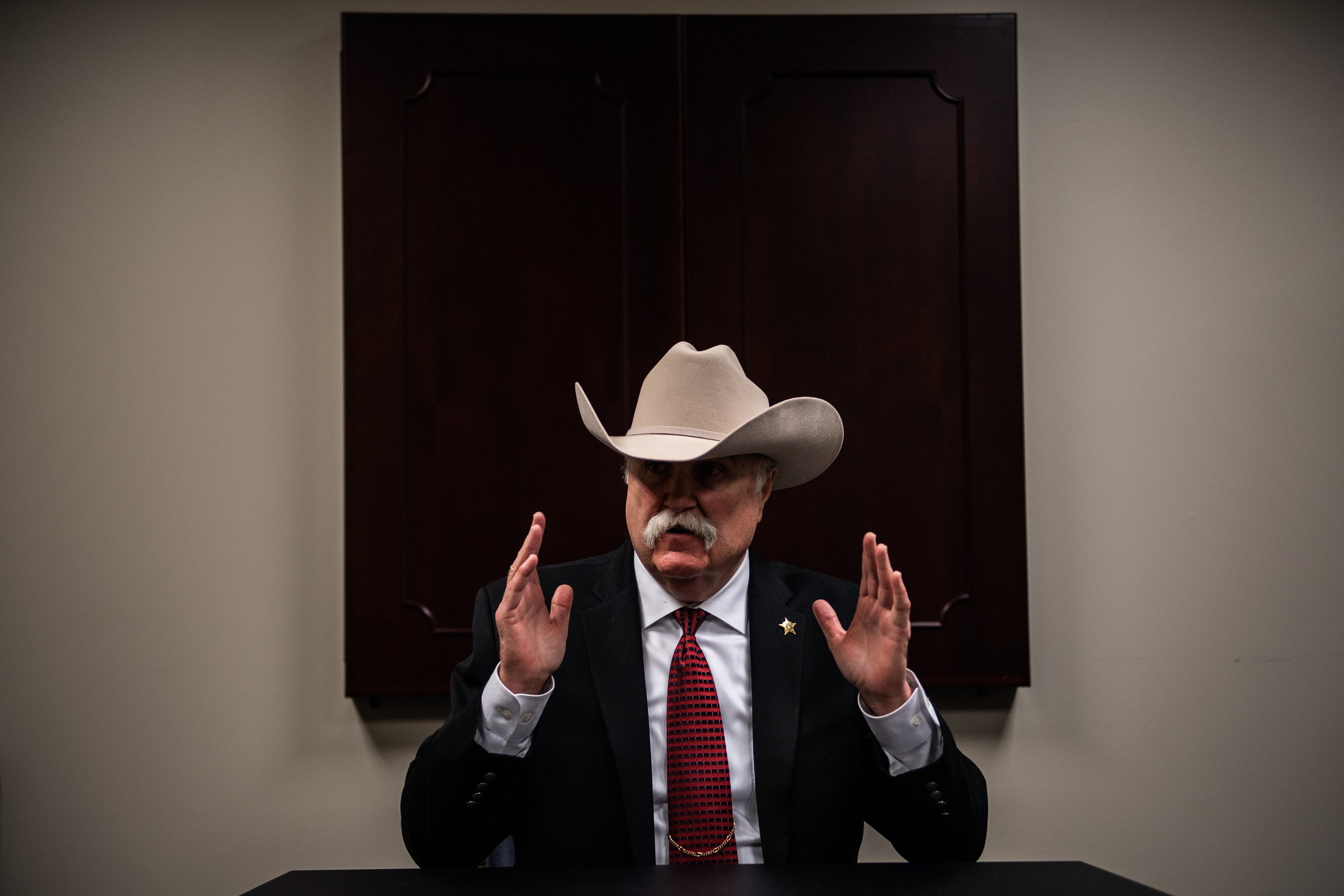 The sheriff, who has gone viral in the past for his Facebook posts, including his comments on the tensions between communities and police across the country. “I won’t tolerate it, period. You shoot at the police expect us to shoot back,” Jones said in September.

Now, Jones is commenting on the upcoming presidential election.

“Celebrities threatening to leave the United States if the president is re-elected. This happened in 2016 and it is believed not one celebrity left then and it appears the same threats are being made this election year,” Jones wrote on Facebook.

“I hope you do leave and if there’s any way I can help — I’m not a rich person — but I would be willing to throw in $10 to a special fund to help get you a flight or whatever it takes,” Jones said in a video which now has 125,000 views.

In the video, the sheriff explained how he believes the United States is the greatest country in the world, “regardless of who the president is.”

“I will help fund that trip. You just can’t come back,” Jones said.