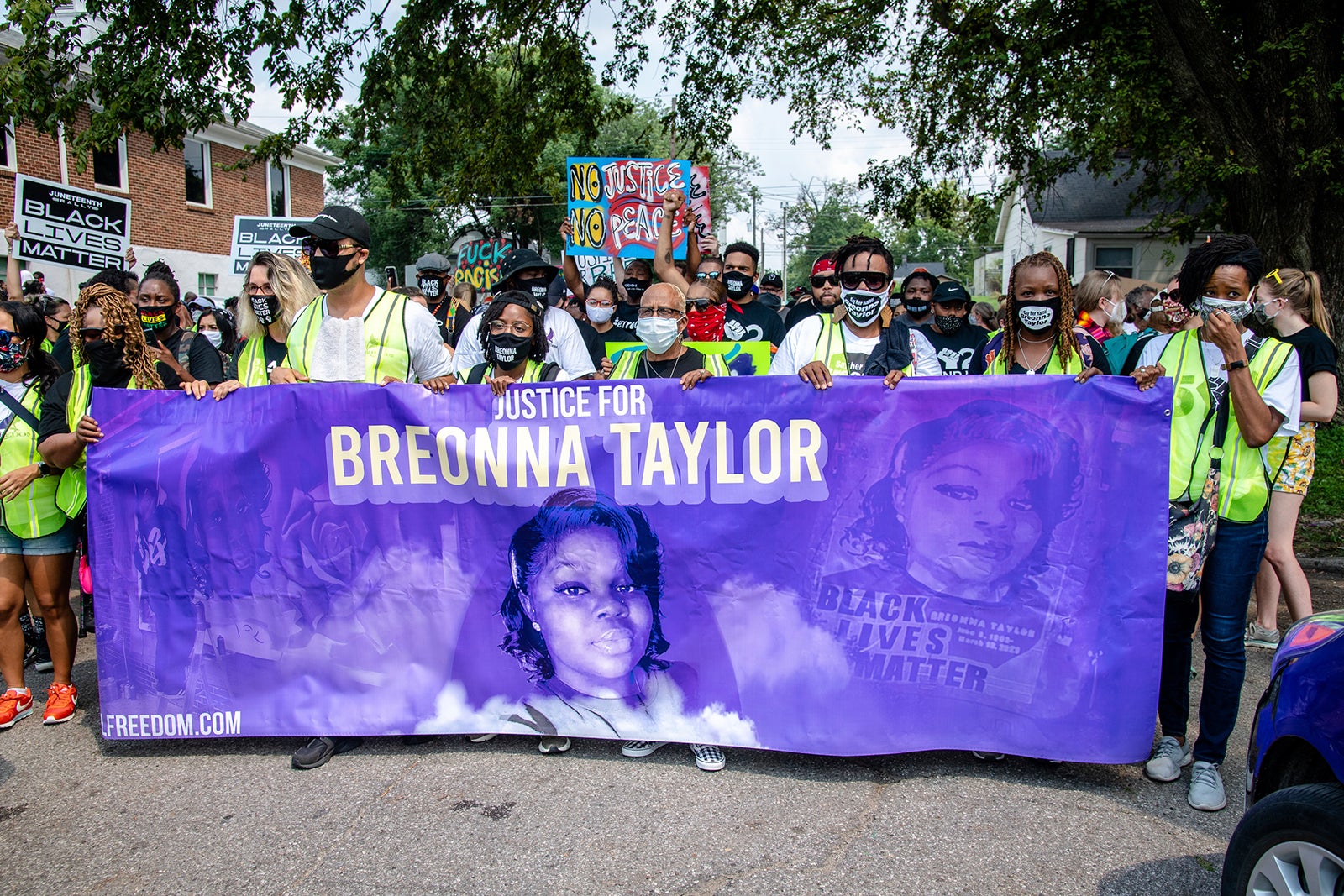 (CNN) — Six Louisville Metro Police Department officers are under internal investigation for their actions the night Breonna Taylor was shot and killed in her home, police confirmed Tuesday.

The internal investigation will examine if the six officers violated any police policies, he added.

Taylor, a 26-year-old EMT and aspiring nurse, was fatally shot after police broke down the door to her apartment while executing a late-night, “no-knock” warrant in a narcotics investigation on March 13.

Police believed Taylor was home alone when she was in fact accompanied by her boyfriend, who was legally armed, according to a CNN review of the shooting. That miscalculation, along with the decision to press forward with a high-risk, forced-entry raid under questionable circumstances, contributed to the deadly outcome.

Cosgrove, Mattingly and former officer Brett Hankison used a battering ram to force open the door to her apartment, the CNN review found. Mattingly told investigators he entered the apartment and felt the heat of a bullet in his leg. The round, fired by Taylor’s boyfriend, severed his femoral artery. He and the two other officers returned fire, according to the CNN review.

Taylor was killed in the barrage of shots from the three officers.

“Sgt. Mattingly was following orders of superior officers, was not involved in the planning process of the arrest, and at all times followed established police procedures,” he said, per previous CNN reporting.

Attorneys for detectives Cosgrove, Jaynes and Nobles did not respond to CNN’s requests for comment. An attorney for Det. James could not be immediately identified.

Hankison is appealing his termination, and his attorney has declined comment.

Lonita Baker, one of Taylor’s family attorneys, issued a statement in response to news of the internal investigation.

“We are happy to see that LMPD has started the process of an internal professional standards unit investigation. It is our belief that several policies were violated by the involved officers and they should be subject to disciplinary action up to and including termination,” Baker said.

She encouraged police to carry out the investigation on a faster timetable than that of Tae-Ahn Lea, an 18-year-old who filed a lawsuit alleging police misconduct in an August 2018 incident.

“We encourage LMPD not to prolong this investigation as we have seen in previous instances like that of Tae-Ahn Lea’s, which has not been concluded though the actions occurred over two years ago,” Baker said.

Kentucky Attorney General Daniel Cameron’s office is investigating possible criminal charges in the Taylor case. A grand jury has been empaneled in the city, and an announcement regarding potential charges is expected sometime soon.