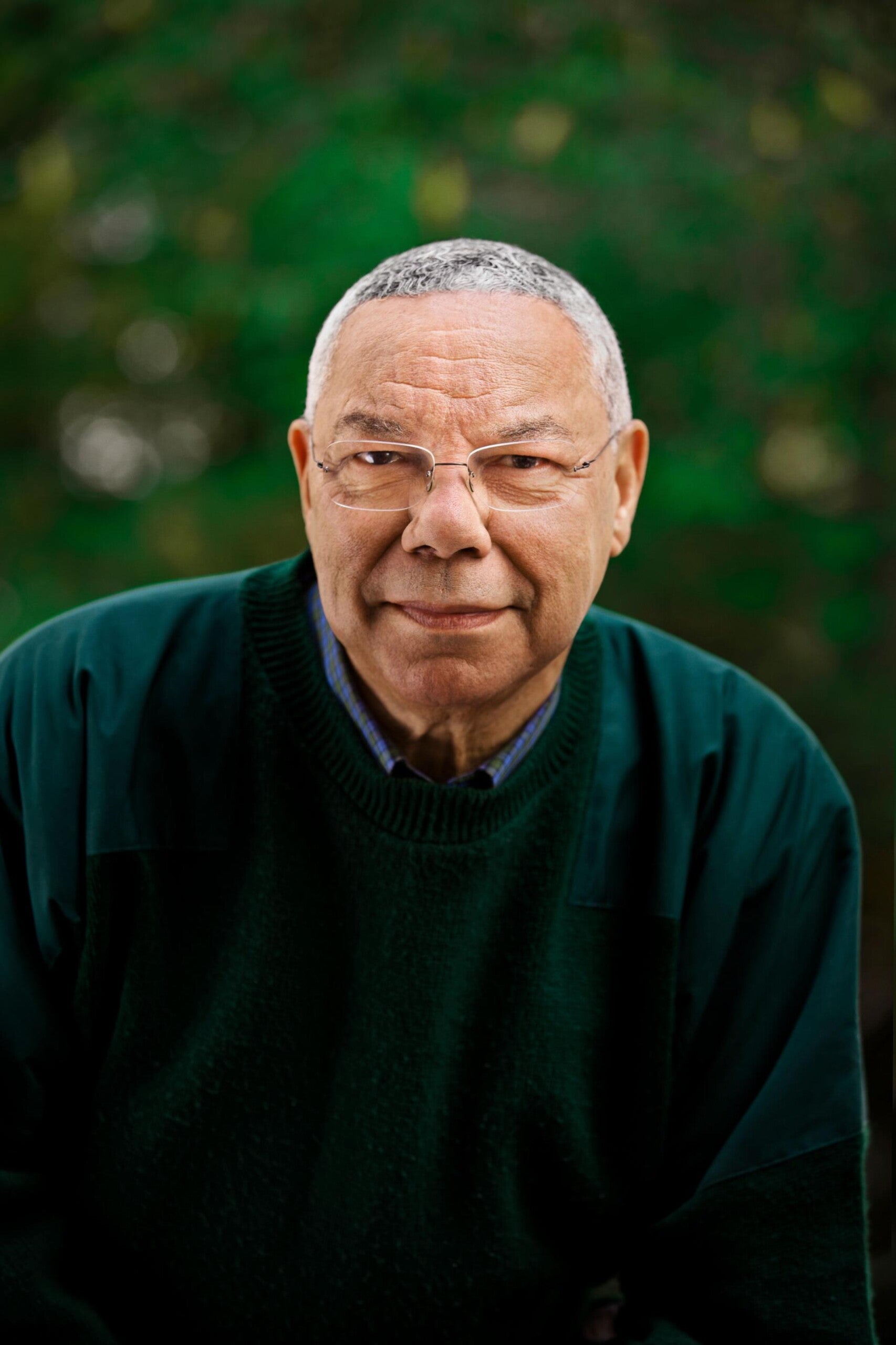 Colin Powell at his home in Virginia. Powell is an American statesman and a retired four-star general in the United States Army. He was the 65th United States Secretary of State, serving under U.S. President George W. Bush from 2001 to 2005, the first African American to serve in that position.(Provided Photo)
by: ROBERT BURNS and MATTHEW LEE Associated Press
Posted: Nov 5, 2021 / 06:18 AM EST / Updated: Nov 5, 2021 / 06:18 AM EST

WASHINGTON (AP) — Friends, family and former colleagues are honoring Colin L. Powell, the widely praised soldier-diplomat who rose from humble Bronx beginnings to become the first Black chairman of the Joint Chiefs of Staff and later served as the first Black secretary of state.

Powell is being remembered at a funeral Friday at the Washington National Cathedral. President Joe Biden is expected to attend but not speak. Eulogists are to be Madeleine Albright, who preceded Powell as the nation’s top diplomat; Richard Armitage, who was deputy secretary under Powell and had known him since they served together in the Pentagon during the Reagan administration; and Powell’s son Michael.

Powell died Oct. 18 of complications from COVID-19 at age 84. He had been vaccinated against the coronavirus, but his family said his immune system had been compromised by multiple myeloma, a blood cancer for which he had been undergoing treatment.

The story of Powell’s rise to prominence in American life is a historic example to many.

In his autobiography, “My American Journey,” Powell recalled a post-Depression Era childhood in the Hunts Point section of New York City’s South Bronx, where he was a mediocre student — happy-go-lucky but aimless.

He caught the military bug during his first year at the City College of New York in 1954. Powell was inspired by seeing fellow students in uniform, and he enrolled in the school’s Reserve Officer Training Corps.

“I felt distinctive” in uniform, he wrote. He would go on to achieve distinction in a pioneering Army career.

Although he was only 4 when the United States entered World War II, he had vivid memories of the war years. “I deployed legions of lead soldiers and directed battles on the living room rug,” he wrote — a fantasy forerunner of his Army years.

Powell would serve 35 years in uniform. Commissioned in 1958 as a second lieutenant, he served as a platoon leader in what was then called West Germany, and in 1962 was deployed to Vietnam for a year as an adviser to a South Vietnamese infantry battalion. During that tour he was wounded; he served a second tour in Vietnam in 1968 and afterward held a variety of assignments at home and abroad.

He distinguished himself at the Pentagon even before he attained flag officer rank. In the late 1970s he worked in the Office of the Secretary of Defense, and in 1983 as a brigadier general he became the senior military assistant to Defense Secretary Caspar Weinberger. He later served in the White House as President Ronald Reagan’s national security adviser, and in 1989 he was promoted to four-star general. Later that year, President George H.W. Bush selected him to be chairman of the Joint Chiefs.

“He was such a favorite of presidents that he earned the Presidential Medal of Freedom – twice,” former President George W. Bush said when Powell’s death was announced.

It was a trailblazing American dream journey that won him international acclaim and trust.

He put that credibility on the line in February 2003 when, appearing before the United Nations as secretary of state, he made the case for war against Iraq. When it turned out that the intelligence he cited was faulty and the Iraq War became a bloody, chaotic nightmare, Powell’s stellar reputation was damaged.

Still, it wasn’t destroyed. After leaving government, he became an elder statesman on the global stage and the founder of an organization aimed at helping young disadvantaged Americans. Republicans wanted him to run for president. After becoming disillusioned with his party, he ended up endorsing the last three Democratic presidential candidates, who welcomed his support.

Powell’s influence was felt at the highest levels of the U.S. defense establishment long after he retired from public life. Lloyd Austin, who in January became the first Black secretary of defense, called Powell a friend and professional mentor. Like Powell, Austin rose through the ranks of the Army to become a four-star general.

On the day of Powell’s death, Austin called him “one of the greatest leaders that we have ever witnessed.”

Powell was among several prominent national security leaders to die this year, including George Shultz, whose served in President Ronald Reagan’s Cabinet and was secretary of state under President George H.W. Bush; and Donald H. Rumsfeld, who served twice as secretary of defense. Just weeks before Powell’s death, a former commander of U.S. forces in Iraq, Army Gen. Raymond Odierno, died of cancer.