States relax more rules, but some could return to stay-at-home orders if coronavirus cases surge 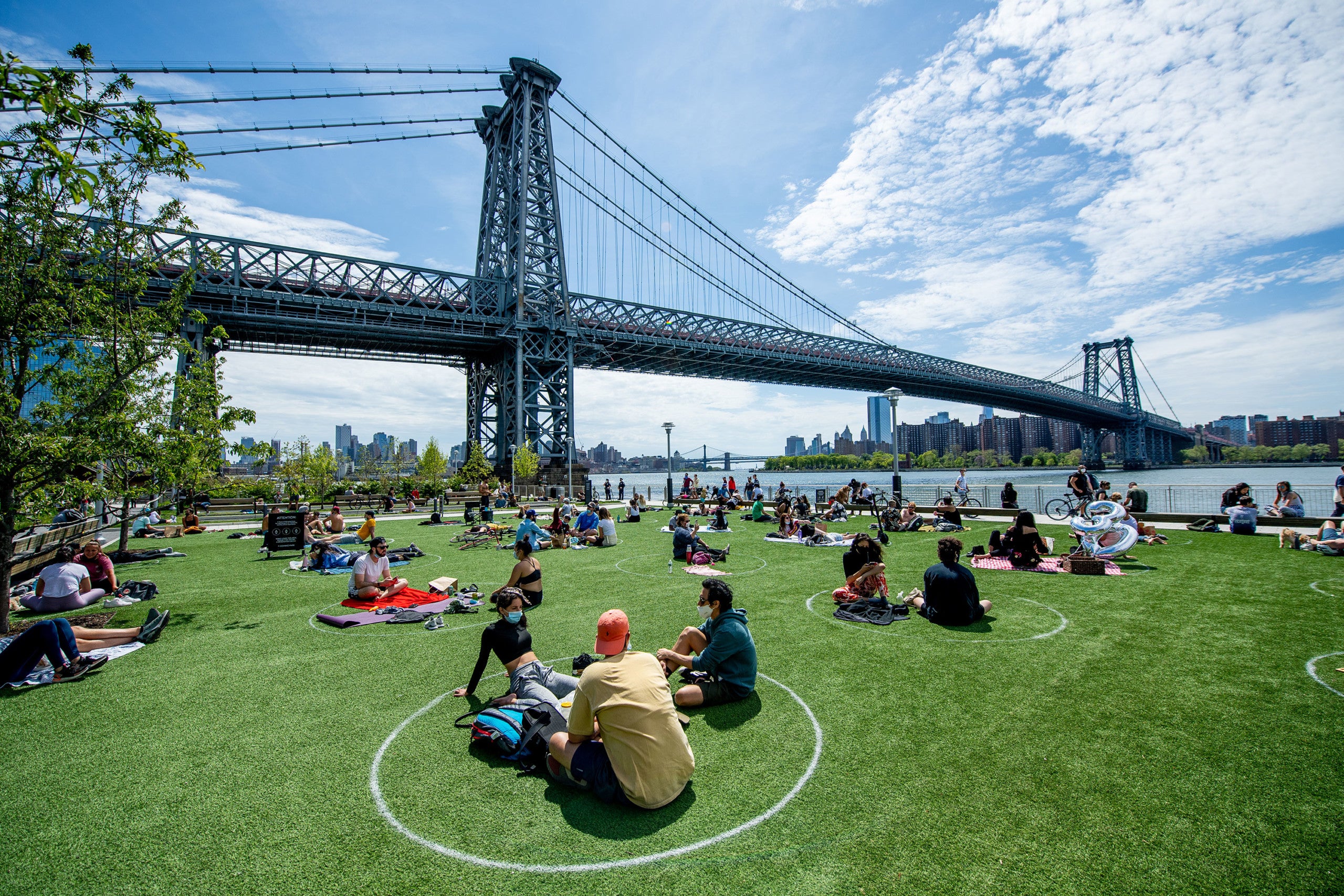 (CNN) — A new week brings new freedoms to those who have hunkered down under stay-at-home orders. But if the coronavirus pandemic gets much worse, some governors say they’re willing to change course.

All states except one, Connecticut, have loosened stay-at-home restrictions. In some states, people can get tattoos, go shopping inside malls and eat inside restaurants again.

But only 18 states showed a downward trend of new cases on Monday, according to an analysis of data from Johns Hopkins University. That’s down from 28 states that showed general declines as of Friday.

It’s not clear whether the increases in coronavirus cases were simply due to more testing, or if the virus is now spreading more rampantly.

But the challenge now is keeping a lid on new cases and deaths while trying to revive the economy.

Across the US, than 1.4 million people have been infected, and more than 89,000 have died, according to Johns Hopkins data.

As research teams scramble to create or test vaccines, one company announced a milestone in its progress Monday.

If future studies go well, the company’s vaccine could be available to the public as early as January, said Moderna Chief Medical Officer Dr. Tal Zaks.

But the results of the study, which was led by the National Institutes Health, have not been peer reviewed. And there’s much more work to be done, Zaks said.

“We are going to have to conduct formal efficacy trials where you vaccinate many, many people, and then you monitor them in the ensuing months to make sure they don’t get sick,” he said.

Millions more can go to the gym and retail stores

“We’ve all been doing our jobs to fight (coronavirus), and as a result, positive case rates are moving in the right direction and hospitalizations are down,” Baker said.

He said more sectors of the economy will be allowed to open in phases, with the next one starting May 25.

Florida entered its first full phase of reopening Monday, allowing restaurants, retail stores and gyms across the state to reopen with certain restrictions.

California, the first state to issue a statewide stay-at-home order, is now in its second of four reopening phases.

“I deeply understand the stress and anxiety that people have, that entire dreams have been torn asunder because of the shutdowns, their savings account depleted and their credit ratings destroyed,” Gov. Gavin Newsom said.

Texas, one of the first to start reopening, had its highest single-day increase in new cases over the weekend. Restaurants, movie theaters and malls have been open for more than two weeks, but the governor has attributed an increase in coronavirus cases to more testing.

And in New York, New Jersey, Connecticut and Delaware, beaches will be open for Memorial Day weekend, with restrictions.

But with greater freedoms come more responsibilities to prevent a resurgence of coronavirus — which would lead to another blow to the economy.

“About 90% of our economy is back open because we thought it was a huge risk not to reopen,” DeWine said Sunday.

If the situation gets worse, “we’re prepared to do what we have to do to pull back,” he said.

“We don’t want to be like some of the other countries we’ve seen where they shut down, opened up, and now are starting to shut down again,” DeWine said. “And it’s in everyone’s collective hands how we act in the next month or two, whether or not we’re going to be in that position.”

In Georgia, Gov. Brian Kemp also said the state will keep tracking the numbers and “will take whatever action is necessary to protect the lives and the livelihoods of all Georgians.”

Where each state stands in the reopening process

Union issues guidelines on when to reopen schools

Most states have said students won’t return to class this school year, and most parents have no idea when their kids will be back in school.

But a union representing nearly 1.7 million teachers has published guidance on how schools should safely reopen.

“Once we have reduced the number of cases for at least 14 days with adequate testing in place, reopening plans can go into effect on a community-by-community basis,” said a report by the American Federation of Teachers.

“While our public schools have been woefully under-resourced, and we must continue the fight to change that, this next two years is an opportunity to visualize what schooling looks like in a post-pandemic era,” the report says.

Testing increases, but so do concerns about accuracy

Health and Human Services Secretary Alex Azar said the US has conducted more than 10 million coronavirus tests, and the federal government is deploying rapid tests to meatpacking facilities and nursing homes.

But there are new concerns about the accuracy of some diagnostic tests, which are supposed to determine whether someone currently has the virus.

AdventHealth said about 35,000 coronavirus tests — 33,000 of which were conducted in Florida — have been deemed unreliable because problems at a processing lab.

AdventHealth declined to name the lab, but said it was “working diligently” to notify people who may be affected.

The news comes after concerns about the accuracy of antibody tests, which are supposed to tell whether you’ve been exposed to the virus in the past.

Health officials stress that it’s too early to know whether having coronavirus antibodies means you have long-term immunity against a second infection — or if you have immunity at all.

Months into the pandemic, experts are calling for the US Centers for Disease Control and Prevention to step up and lead the US efforts of fighting the virus.

The CDC has been the lead agency in battling other pandemics and outbreaks, such as the 2009 H1N1 swine flu pandemic and the 2003-2004 SARS outbreak.

But the CDC’s regular briefings on coronavirus were halted by March, and the White House took over.

That was a mistake, Emory University doctors, professors and staffers wrote in an open letter in the Atlanta Journal-Constitution.

“If we are to win the battle against Covid-19, we need the CDC’s scientific independence and unstifled voice,” the group wrote.

“There is debate over a perceived trade-off between health and restarting our economy. We believe that it is not a trade-off, but that lasting economic recovery is intricately dependent on controlling COVID-19.”