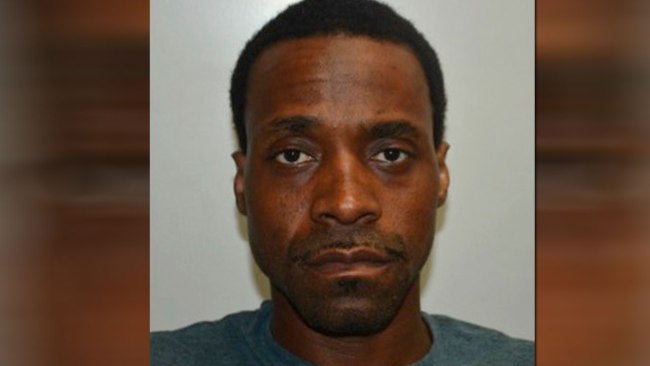 FRESNO, Calif. (AP) – The suspect in this week’s racially motivated shooting rampage in Fresno shouted Friday that natural disasters will increasingly hit the United States as he was ushered into a cramped courtroom for his first appearance before a judge.

Kori Ali Muhammad, 39, was supposed to be officially informed about the first-degree murder charge he is accused of in the shooting death of an unarmed security guard, Carl Allen Williams III.

Authorities have said he then killed three more people in the rampage, targeting white victims, before he was caught.

Court records reviewed by The Associated Press on Friday showed Muhammad has been accused of a series of violent incidents dating back two decades, to when he was charged with beating the mother of his child and threatening to burn down her home if she went to police.

The reading of the charge in the security guard’s slaying never happened Friday because Muhammad had another outburst, yelling “Let black people go” and a phrase similar to “in reparations” that was not clearly enunciated.

His court appointed lawyer, Eric Christensen, then told the judge: “I believe this gentleman may not be mentally competent to proceed.”

Muhammad yelled again. The judge canceled the proceedings, setting bail at $2.6 million and ordering a mental evaluation for Muhammad.

Police have said Muhammad told them that learning he was wanted for the Williams killing prompted him to try to kill as many white people as possible before he was caught.

He shot three other white men at random Tuesday, police said, including a Pacific Gas & Electric utility worker sitting in a truck and two men who had come out of a Catholic Charities building.

Muhammad fired 17 rounds in less than two minutes, police said. Officers with help from acoustic sensors posted in the area arrested him less than five minutes after the rampage began.

Muhammad said Williams showed him disrespect while Muhammad was visiting a woman at the motel, according to police.

Prosecutors said they are waiting for investigators to finish compiling their case before filing charges related the other three victims.

Christensen after the court hearing declined comment about his client or the authorities’ case.

Years ago, Muhammad was accused in four cases of beating two women, according to Sacramento County court records retrieved from the archives at the AP’s request.

“He threw her to floor, threw her on bed, and grabbed her hair,” read the investigating officer’s account of the assault on his child’s mother in 1997. A witness said she saw Muhammad slap the woman several times and later stomp on her head with his bare foot at least twice.

Before leaving, Muhammad threatened that “if they called the police, he would burn down their apartment,” according to the sheriff’s detective’s written account.

Despite the witness’ statement and what an officer observed to be bumps and abrasions on the victim, the charge was dismissed. But he later pleaded no contest to threatening the same woman with death or serious injury three weeks later, and was sentenced to seven days in jail.

In August 2000, he was charged with punching a different woman in the face, then forcing her into a vehicle. The victim, his live-in girlfriend at the time, went to stay with a girlfriend, according to the investigating officer’s account. But the next morning he pulled the victim to the floor, hitting and kicking her with his hands and feet. He later threatened to kill her, according to the detective’s request for an arrest warrant.

Charges from that alleged attack were dismissed, but the next year he was sentenced to eight days in jail after pleading no contest to a second assault on the same woman.

In 2004 he pleaded no contest to carrying a loaded gun in public and was sentenced to 90 days in jail.

They were among the nine Sacramento County criminal cases Muhammad faced between 1997 and 2004 under several aliases. Other charges included check fraud and driving under the influence.

Muhammad frequently pleaded no contest within days of being charged.

He spent several years on probation with periodic jail terms for probation violations before he was sent to federal prison in 2005 for possessing cocaine with intent to distribute.