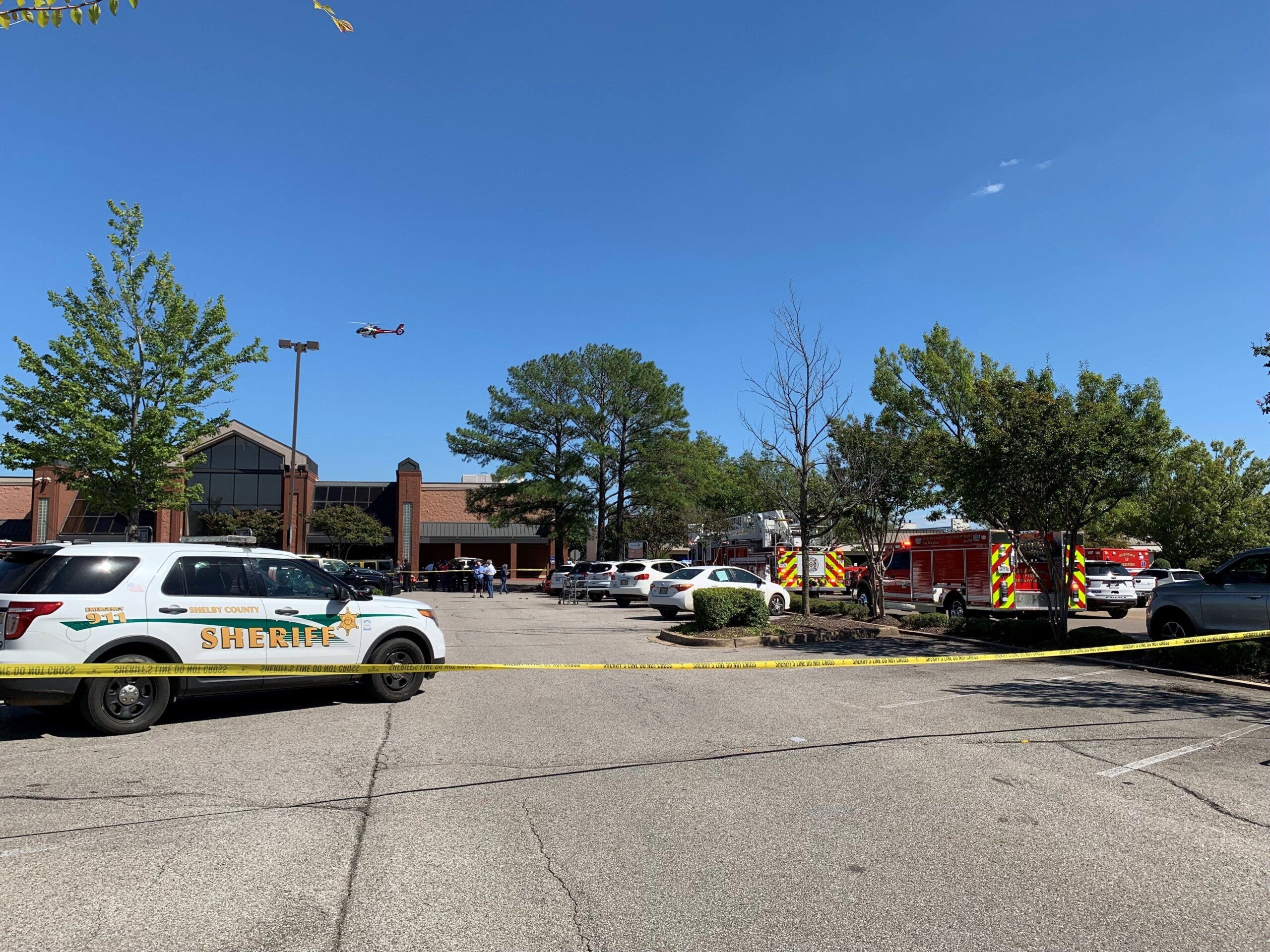 (CNN) — When a gunman opened fire at in a western Tennessee Kroger on Thursday afternoon — killing one and injuring more than a dozen others — workers and shoppers desperately scattered, some even taking shelter in freezers and offices, police and witnesses said.

Some “were (down on the ground) pretending to be shot,” and an employee who ran to the roof was eventually escorted down, he said.

“They were doing what they had been trained to do: Run, hide, fight,” Lane said earlier.

The shooting happened around 1:30 p.m. Thursday at the Kroger in Collierville, some 30 miles east of Memphis. It left one woman dead and sent 14 others to hospitals, including 13 with gunshot wounds, authorities said.

The shooter was also found dead, apparently of a self-inflicted gunshot wound, Lane said. Authorities have not released the names of victims or the shooter, and they have not announced a motive.

The slain woman’s family, however, identified her as Olivia King.

“Our family is devastated by this senseless act of violence,” King’s family said in a written statement to CNN affiliate WHBQ. The asked for prayers “for all families and friends affected by the events today, as well as for God’s mercy on the shooter and his family.”

The shooter was not a Kroger employee, company spokesperson Kristal Howard told CNN via email Friday. But Howard declined to say whether the suspect was a contractor.

Lane declined to characterize the relationship between the shooter and the store.

This was one of at least 517 mass shootings in the United States so far this year, according to the Gun Violence Archive. CNN and the GVA identify a mass shooting as a shooting that injured or killed four or more people, not including the shooter.

Wes King, Olivia’s son, said his mom was shot in the chest. “This type of crime needs to stop being glossed over and sanitized. No one deserves this,” he wrote on his Facebook page.

Witnesses described the chaos that ensued when they first heard the gunshots.

Jason Lusk told CNN that he was leaving a tool store beside Kroger when he saw people running out of the store screaming there was a shooter.

When he didn’t see anybody initially, Lusk said he began walking toward his car. “That’s when I heard about 10 to 15 shots fired. Sounded like they were directly over my head. Very close proximity. Sounded to me to be a high-powered semi-automatic rifle,” he said.

Another witness, Brignetta Dickerson, was working a cash register when the shooting began in the deli section, she told reporters Thursday.

She and some coworkers and customers ran to the back of the store and through the receiving department. But the shooter eventually moved behind them and began firing, she told reporters with CNN affiliates WMC and WHBQ.

Dickerson, who said she has been working at Kroger for nearly 32 years, was scared and shaky after the shooting, but overall was feeling OK.

The United Food and Commercial Workers International Union, which represents the workers at the Kroger supermarket, said it’s working with the local chapter to help those affected by the shooting.

“We are heartbroken that another act of senseless violence has occurred at a grocery store,” union president Marc Perrone, said in a written statement. “There are no words that can express the impact these horrific acts of violence have on workers, our union members, and our customers.”

Shootings have happened in at least two other grocery stores this year. In March, a mass shooting in Boulder, Colorado, left 10 people dead. And one person was killed in a supermarket shooting in WestSempstead, New York, in April.