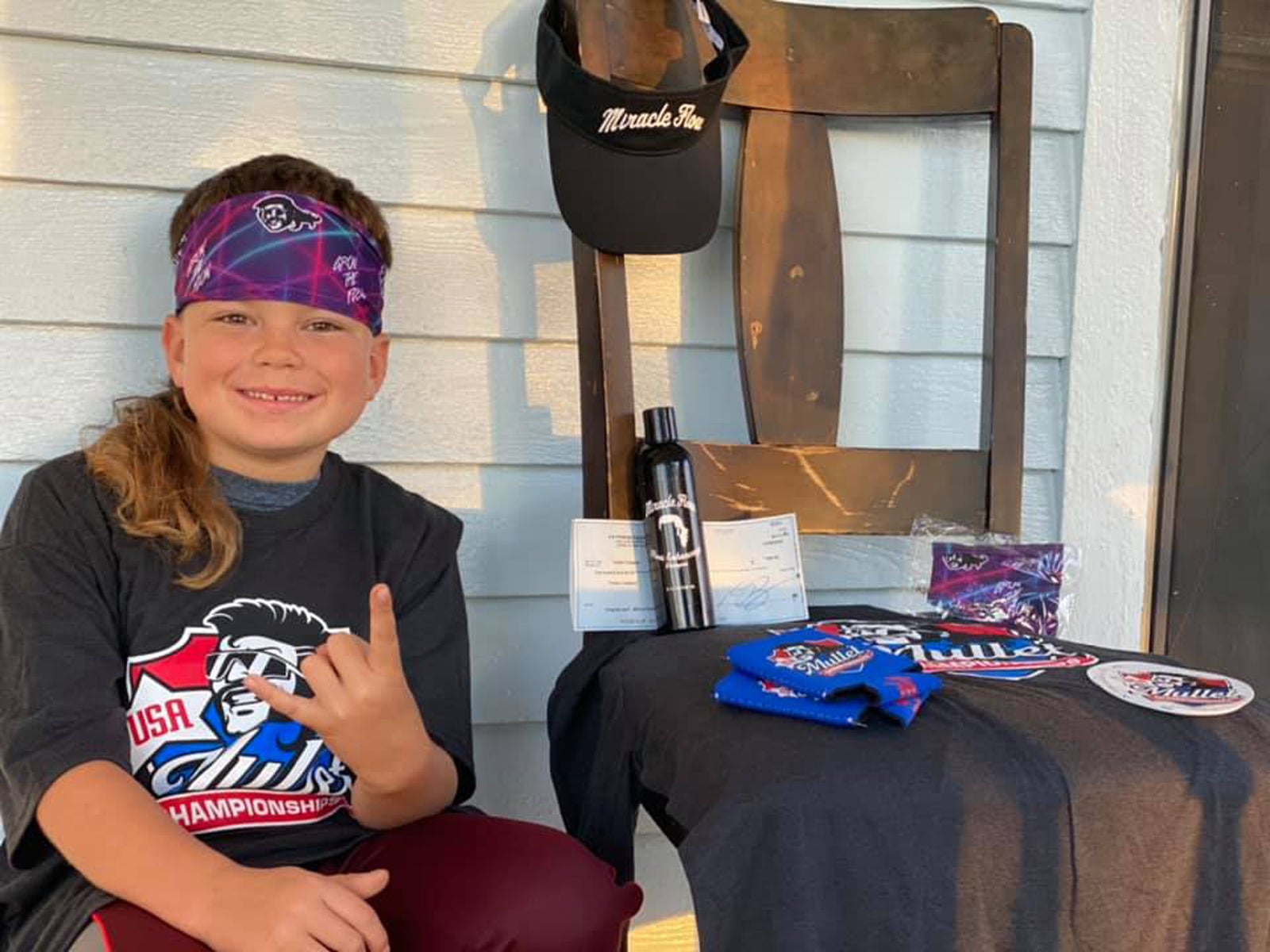 (CNN) — Jaxson Crossland is good at a lot of things, like boxing, fishing and riding his dirt bike. But this 8-year-old also rocks a serious mullet.

The third grader from Celeste, Texas, recently took first place for best mullet in the kids category at the USA Mullet Championships. His prize was $500.

“Jax has been just ecstatic since winning. It’s been so great to be able to enter him into something that celebrates what makes him different,” Zoie Shepard, his mom, told CNN. “It’s been so awesome for Jax, people recognize him everywhere now.”

Children from across the country submitted photos of their mullets, ranging from Jaxson’s curly mullet to the freedom flapper, modern mullet and Tennessee top hat. (Yes, these are all different types of mullets)

“The contest has blown up with over 20,000 votes from all over the country,” USA Mullet Championships president Kevin Begola said in a statement. “During these tough times it’s important to have fun. This is exactly what 2020 needed!”

Begola, the owner of a men’s clothing store in Fenton, Michigan, got started earlier this year by naming the “Best Mud Flap in Michigan,” which went to Brian “Big Country” Zuckschwerdt of Saginaw. Begola plans to expand the contest nationally in 2021 with “The Mane Event.”

After winning, Jaxson used his $500 to buy boxing gear and take boxing classes. He “enjoyed every second of it,” Shepard said.

When asked how he feels about winning, the mullet titleholder had just one response:

“I can’t give autographs right now, cause I don’t know cursive.”