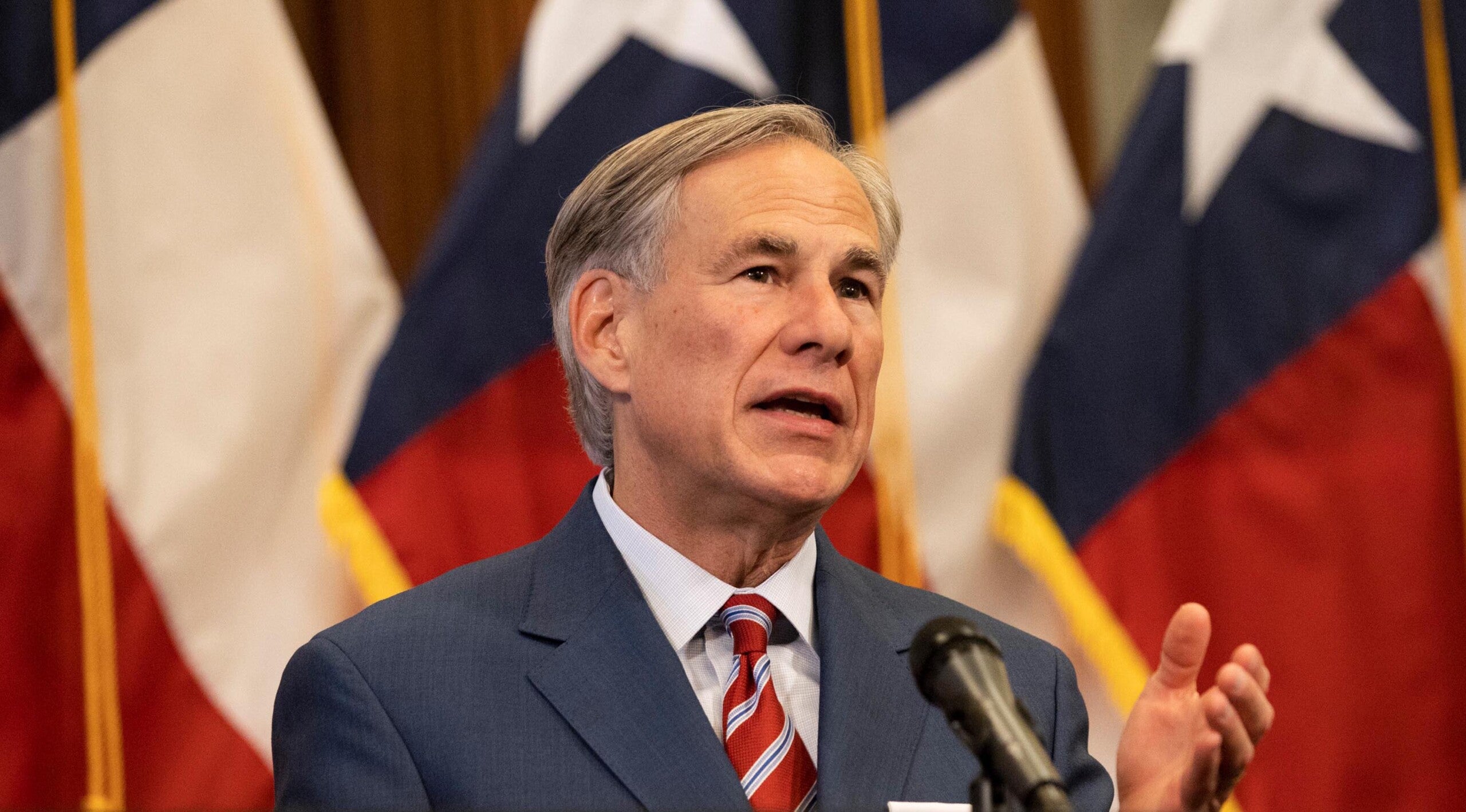 Abbott made the announcement during a Lubbock Chamber of Commerce event where he issued an executive order rescinding most of his earlier executive orders like the mask mandate.

Also announced Tuesday, Abbott said businesses of any type will be allowed to open 100% beginning March 10.

“Too many Texans have been sidelined from employment opportunities. Too many small business owners have struggled to pay their bills. This must end. It is now time to open Texas 100%,” he said.

Mississippi Gov. Tate Reeves also announced Tuesday the end to all county mask mandates and that businesses can reopen at 100% capacity. The new orders will go into effect Wednesday, Tate said.

“Our hospitalizations and case numbers have plummeted, and the vaccine is being rapidly distributed. It is time!,” Reeves tweeted Tuesday.

Abbott’s announcement comes as COVID-19 cases and hospitalizations continue to drop across the country. However, health experts say relaxing restrictions now could lead to another surge, especially with the variants spreading.

In the last year, Texans have “mastered the daily habits to avoid getting COVID,” Abbott said. As of Monday, 6.57% of Texans have been fully vaccinated, according to Johns Hopkins University.

Abbott himself said Tuesday 5.7 million vaccine shots have been administered in the state, there is a surplus of personal protective equipment (PPE) and “10 million Texans have recovered from COVID.”

“Removing state mandates does not end personal responsibility and caring for your family members, friends and others in your community,” Abbott said. “People and businesses don’t need the state telling them how to operate.”

In a statement Tuesday, Harris County Judge Lina Hidalgo said she disagreed with the governor’s decision.

“Taking away critical public health interventions” that are working won’t make Texas communities safer or speed up the return to normalcy, Hidalgo said.

“Every time public health measures have been pulled back, we’ve seen a spike in hospitalizations,” Hildago’s statement read.

Hildago said the country is “inching closer to the finish line of this pandemic.”

“Now is not the time to reverse the gains we’ve worked so hard to achieve,” the judge’s statement read. “At best, today’s decision is wishful thinking. At worst, it is a cynical attempt to distract Texans from the failures of state oversight of our power grid.”

“Going backwards on safety measures will unfairly put retail employees back in the role of enforcing guidelines still recommended by the CDC and other public health advocates,” Brewer’s statement read. “It could also jeopardize the safety of pharmacies and grocers that are gearing up as vaccination centers.”

Abbott said he knows some officials will worry that opening the state 100% will lead to worsening of COVID in their communities. He says his executive order addresses that concern.

“If COVID hospitalizations in any of the 22 hospital regions in Texas rise above 15% of the hospital bed capacity in that region for seven straight days, then a county judge in that region may use COVID mitigation strategies in their county,” Abbott said.

On a county level, though, a judge cannot put anyone in jail for not following COVID orders and no penalties can be imposed for people who do not wear masks, Abbott said.

“If restrictions are imposed at the county level, all entities must be allowed to operate at at least 50% capacity,” he said.

The mayors of Mission, Houston and Dallas all said Tuesday they would continue to either encourage mask wearing or require masks in their respective city buildings despite Abbott’s executive order.

Houston Mayor Sylvester Turner said Abbott’s announcement “really undermines all of the sacrifices that have been made by medical professionals, doctors, nurses, EMS workers, firefighters, police officers, municipal workers, people in the community.”