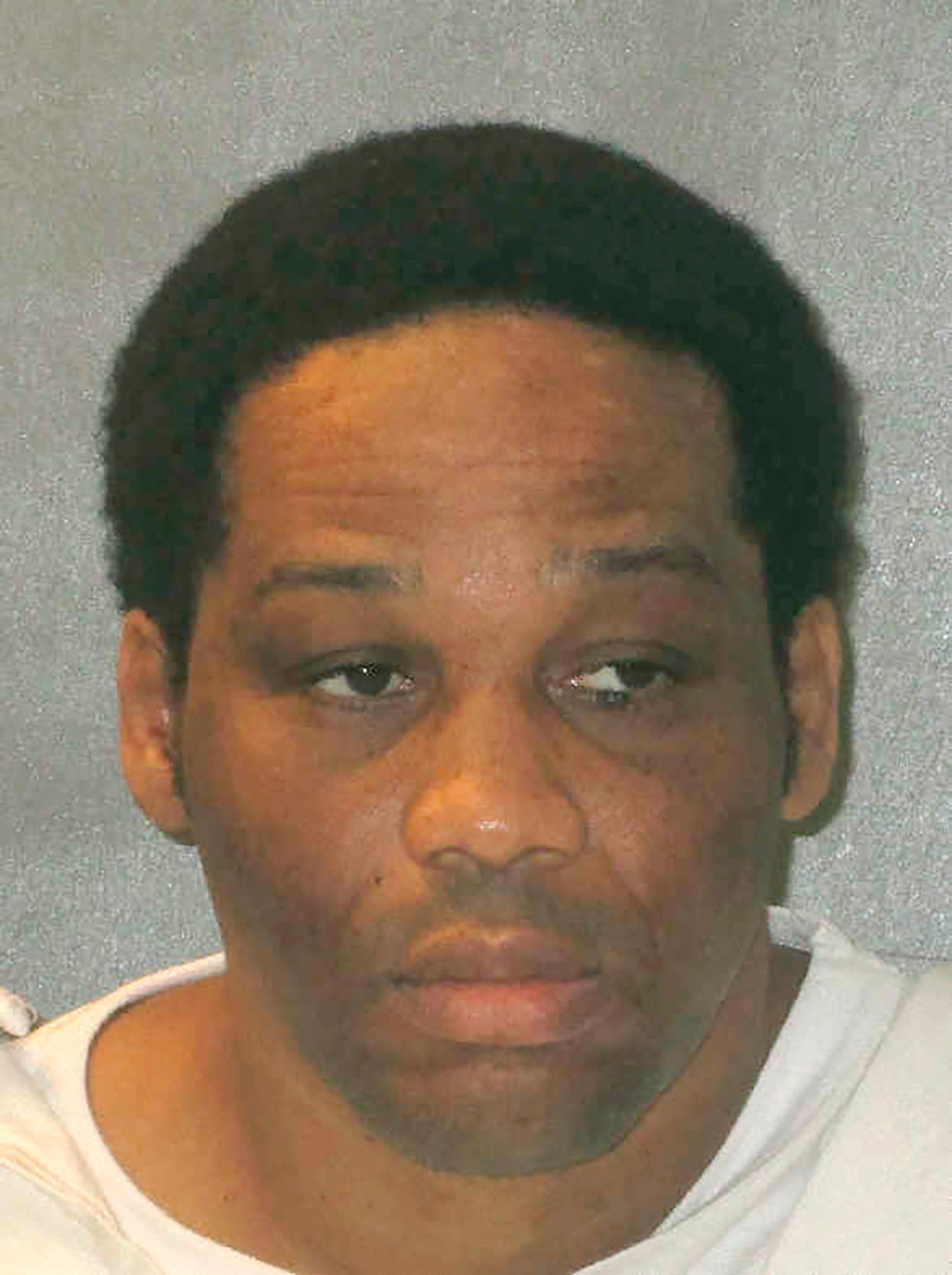 This undated photo provided by the Texas Department of Criminal Justice shows Robert Sparks. The Texas inmate who says he is intellectually disabled is set to be executed Wednesday evening, Sept. 25, 2019, for fatally stabbing his two stepsons during a 2007 attack in their North Texas home that also killed his wife. Sparks, 45, faces lethal injection for the September 2007 slayings of 9-year-old Harold Sublet and 10-year-old Raekwon Agnew in their Dallas home. (Texas Department of Criminal Justice via AP)
by:
Posted: Sep 25, 2019 / 10:09 PM EST / Updated: Sep 25, 2019 / 10:09 PM EST

HUNTSVILLE, Texas (AP) — A Texas inmate who claimed he was intellectually disabled was executed Wednesday for fatally stabbing his two stepsons during a 2007 attack in which his wife also died.

Robert Sparks received a lethal injection at the state penitentiary in Huntsville for the slayings of 9-year-old Harold Sublet and 10-year-old Raekwon Agnew in their Dallas home. Sparks, 45, became the 16th inmate put to death this year in the U.S. and the seventh in Texas.

“I am sorry for the hard times. And what hurts me is that I hurt y’all … even y’all, too,” Sparks told his relatives and friends who watched through a death chamber window, turning his head at one point to address family members of his victims who stood behind a separate window.

As the lethal dose of pentobarbital began, he said, “I love you all” and then added, “I feel it.”

Prosecutors said the attack in September 2007 began when Sparks stabbed his wife, 30-year-old Chare Agnew, 18 times as she lay in her bed. Sparks then went into the boys’ bedroom and separately took them into the kitchen, where he stabbed them. Raekwon was stabbed at least 45 times.

Sparks then raped his 12- and 14-year-old stepdaughters, authorities said.

“The day when the situation was going on, he said that we wouldn’t make it,” a woman who is one of Sparks’ surviving victims said after witnessing the execution. “Twelve years later, we’re both standing here. … I want him to know we’re not suffering. We’re hurt emotionally but physically we’re fine.”

She added that Sparks being put to death “kills the nightmare.”

On Wednesday with the execution time approaching, the U.S. Supreme Court declined a request by Sparks’ attorneys to stop the lethal injection. They had alleged his trial jury was improperly influenced because a bailiff wore a tie with an image of a syringe that showed his support for the death penalty. In the ruling, Justice Sonia Sotomayor wrote that while she didn’t disagree with the denial, she found the bailiff’s actions “deeply troubling.”

Sparks also had alleged a prosecution witness at his trial provided false testimony regarding his prison classification if a jury chose life without parole rather than a death sentence.

In August, the 5th Circuit did grant a stay for Dexter Johnson, another Texas death row inmate who also claims he is intellectually disabled. In that case, the appeals court ruled Johnson had made a sufficient showing of possible intellectual disability that needed further review.

“My co-counsel and I may have lost this battle, but we remain undeterred soldiers in the enduring war for capital conviction integrity,” said Seth Kretzer, one of Sparks’ appellate attorneys.

Sparks’ lawyers had argued he suffered from severe mental illness and had been diagnosed as a delusional psychotic and with schizoaffective disorder, a condition characterized by hallucinations.

A psychologist hired by Sparks’ attorneys said in an affidavit this month that Sparks “meets full criteria for a diagnosis of” intellectual disability.

The Supreme Court in 2002 barred execution of mentally disabled people but has given states some discretion to decide how to determine intellectual disability. However, justices have wrestled with how much discretion to allow.

Sparks’ attorneys said that at the time of his trial, he was not deemed intellectually disabled, but that changes since then in how Texas makes such determinations and updates to the handbook used by medical professionals to diagnose mental disorders would have changed that.

On whether Sparks’ jury was improperly influenced by the bailiff’s tie with an image of a syringe, the Texas Attorney General’s Office said the jury forewoman indicated she never saw the tie and had no knowledge of it affecting the jurors.

The attorney general’s office said the testimony from the prosecution witness on prison classification was corrected on cross-examination.

“Sparks committed a heinous crime which resulted in the murders of two young children. He is unable to overcome the overwhelming testimony” in his case, the attorney general’s office said in its court filing with the Supreme Court.