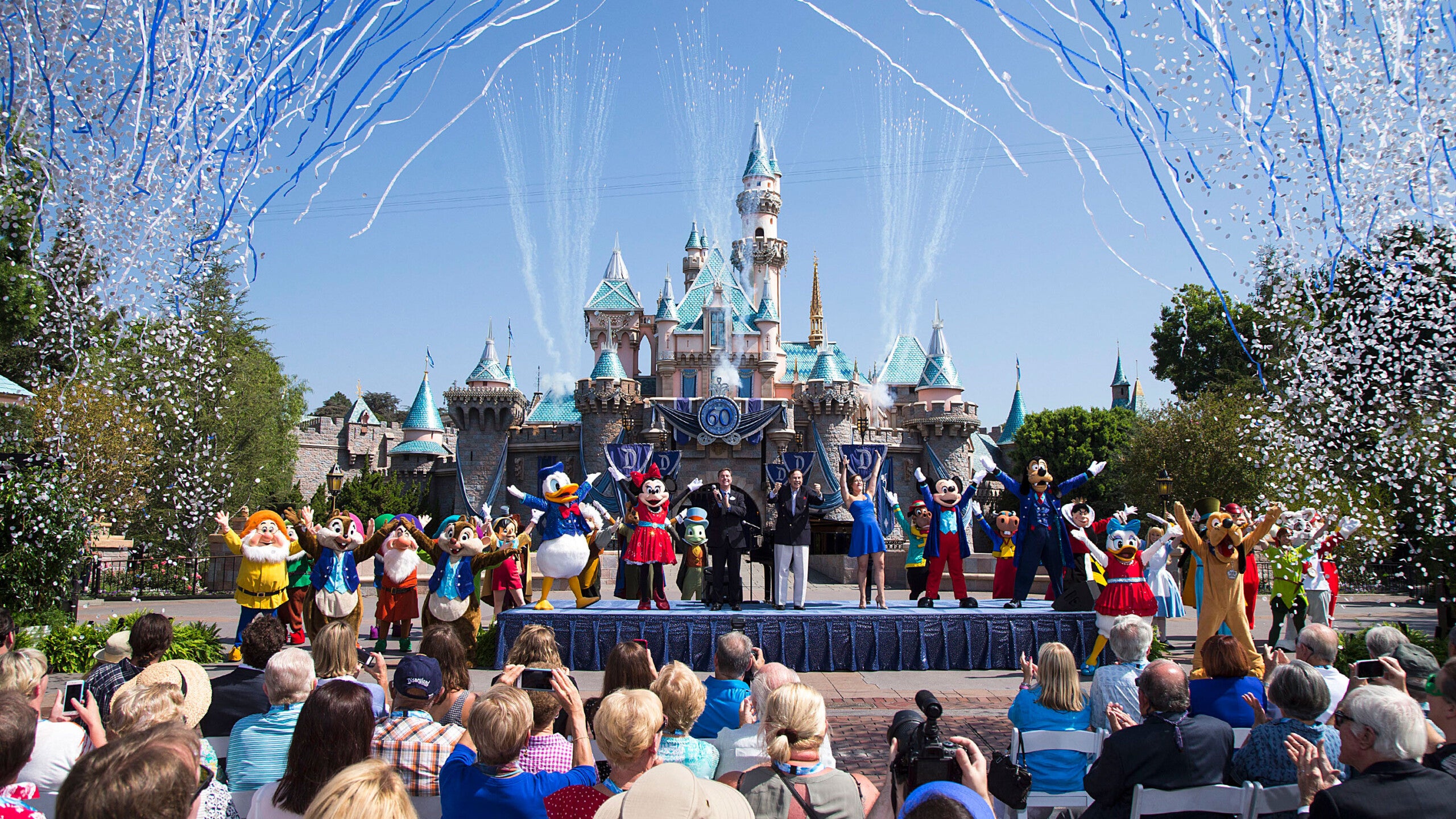 ANAHEIM, CA - JULY 17: In this handout photo provided by Disney parks, Mickey Mouse and his friends celebrate the 60th anniversary of Disneyland park during a ceremony at Sleeping Beauty Castle featuring Academy Award-winning composer, Richard Sherman and Broadway actress and singer Ashley Brown July 17, 2015 in Anaheim, California. Celebrating six decades of magic, the Disneyland Resort Diamond Celebration features three new nighttime spectaculars that immerse guests in the worlds of Disney stories like never before with "Paint the Night," the first all-LED parade at the resort; "Disneyland Forever," a reinvention of classic fireworks that adds projections to pyrotechnics to transform the park experience; and a moving new version of "World of Color" that celebrates Walt Disneys dream for Disneyland. (Photo by Paul Hiffmeyer/Disneyland Resort via Getty Images via CNN)
by: By Matt Lupoli, WESH
Posted: Apr 8, 2021 / 02:43 PM EST / Updated: Apr 8, 2021 / 02:44 PM EST

ORLANDO, Florida (WESH) — A man from Texas just finished a run between both Disney parks on either side of the country.

Don Muchow, 59, is the first person to run from Disneyland in California to Disney World in Florida.

The Ironman athlete from Texas is finishing up with an even bigger goal, ending the journey by running toward the Atlantic Ocean off the Space Coast.