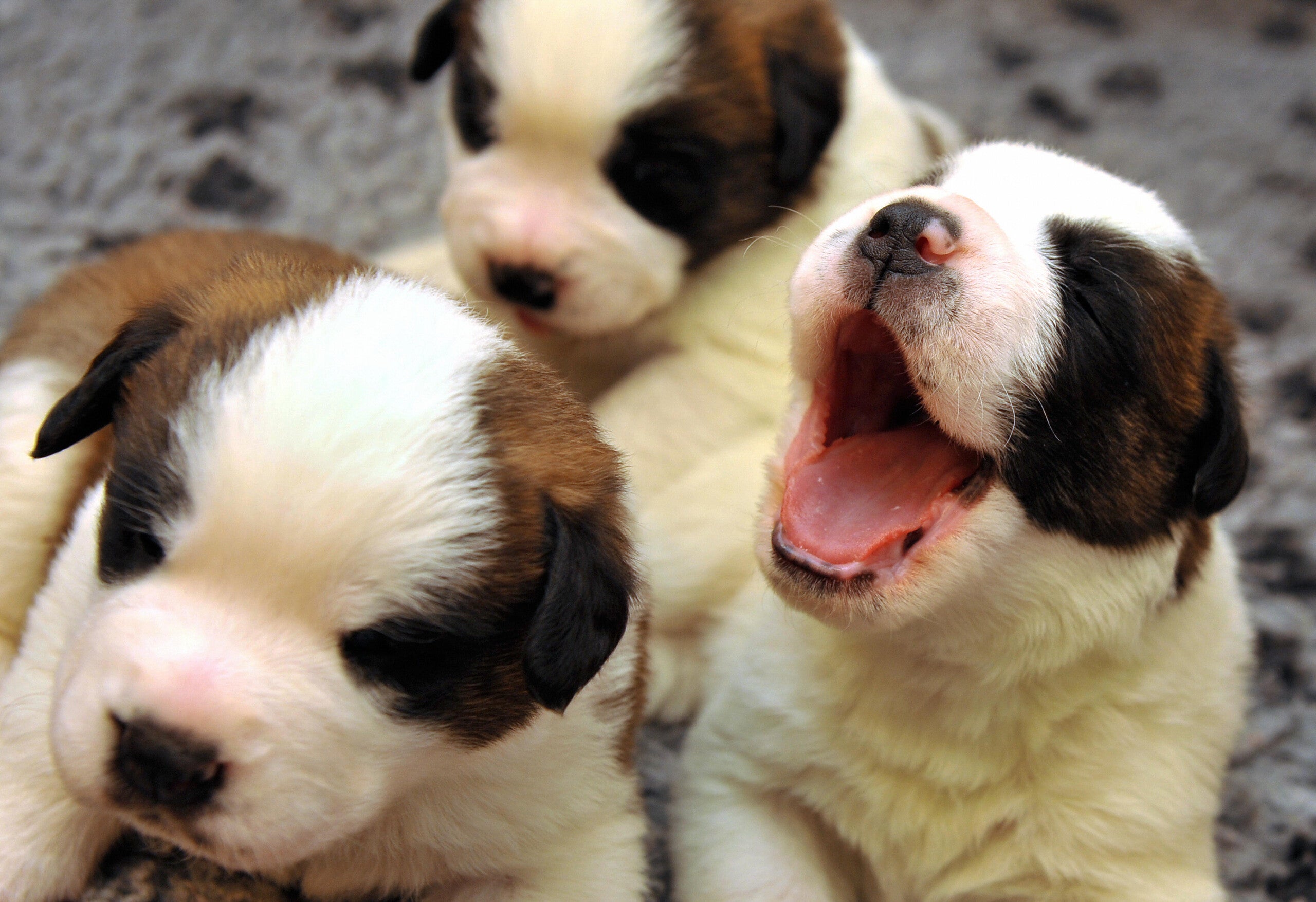 (CNN) — If you have a dog and tell them it’s National Dog Day, they will likely reply: “I thought everyday was dog day! Now where’s my treat?”

As they woof that down, take a moment to reflect on all that your dog brings to you. Perhaps it is you, dear owner, who is getting the treat — the gift of good health.

A 2019 analysis of nearly 4 million people in the United States, Canada, Scandinavia, New Zealand, Australia and the United Kingdom found dog ownership was associated with a 24% reduction in dying earlyfrom any cause. If the person had already suffered a heart attack or stroke, having a dog was even more beneficial; they were 31% less likely to die from cardiovascular disease.

The study has been criticized for not controlling for other diseases, social economic status and other factors that might confound the results.

Still, another large study published around the same time found people who owned dogs had better health outcomes after suffering a major cardiovascular event such as heart attack or stroke.

The American Heart Association lists a reduction in diabetes to the list of health benefits of dog ownership. “People who walk their dogs regularly face one-third the risk of diabetes of those who don’t own a dog,” the AHA said.

In addition, owning a dog (or other pet) may provide important social and emotional support and is a “powerful predictor of behavior changes that can lead to weight loss,” the AHA said.

Of course these cardio benefits are just for dogs — not cats, horses, gerbils and the like. Many suggest its the potential exposure to exercise that explains the benefit: the AHA points to studies that found pet owners who walk their dogs got up to 30 minutes more exercise a day than non-dog-walkers.

But in a previous interview with CNN, Dr. Martha Gulati, who is the editor-in-chief of CardioSmart.org, the American College of Cardiology’s patient education platform, said the jury was still out on why.

“Is it the dog or is it the behaviors?” Gulati asked. “Is it because you’re exercising or is it because there is a difference in the type of person who would choose to have a dog versus somebody who would not? Are they healthier or wealthier? We don’t know those things.”

Still, while “non-randomized studies cannot ‘prove’ that adopting or owning a dog directly leads to reduced mortality, these robust findings are certainly at least suggestive of this,” Dr. Glenn Levine, chair of the writing group of the American Heart Association’s scientific statement on pet ownership, told CNN in a previous interview.

The American Heart Association suggest various ways to get active with your dog:

However, the AHA also cautions that pet ownership is a caring commitment that comes with certain financial costs and responsibilities, so “the primary purpose of adopting, rescuing, or purchasing a pet” should not be to reduce cardiovascular risk.

Pulling our legs (or leashes)

It’s more than just dogs, of course. Having a pet of any sort brings a circle of love into our lives — they give affection, we give it back and all of us are the better for it.

“I have a list of 10 health benefits [that] studies have shown pet owners have,” said psychologist Harold Herzog, a pet-loving professor at Western Carolina University who has long studied the human-animal connection in a prior CNN interview.

But here’s a shocker — Herzog also points to studies that found pet owners “are more likely to be lonely, depressed and have panic attacks, more likely to have asthma, obesity, high blood pressure, gastric ulcers, migraine headaches, and use more medicine, et cetera.”

As often occurs in science, studies have had mixed results. Some research shows benefits to having a pet, other studies say there’s no difference between the health of those who do and don’t own pets. Other research also suggests there could even be negatives about pet ownership (and we don’t just mean picking up poop from the yard).

“A lot of us who have pets think, ‘Oh, they must be sort of uniformly good for us’, said Megan Mueller, co-director of the Tufts Institute for Human-Animal Interaction in a prior interview.

“We’re finding is it is a little bit more complicated than we originally thought,” she added.”I always say that it’s not a great question: ‘Are our pets good for us?’

“It’s who are pets good for, under what circumstances, and is it the right match between the person and the pet?”

Pet owners certainly believe their pets provide emotional support, especially during times of stress, Mueller said, and thankfully science appears to back that up.

“There’s some research that shows having a pet with you during an anxious event could help reduce the stress of that event,” she said.

“Studies have shown repeatedly that people’s good mood increases and bad mood decreases around pets,” Herzog said. “And so we know that there’s immediate short term benefits, physiological and psychological, with interacting with pets. I have no doubt about that.”

But the same can’t yet be said about depression.

Herzog pulled 30 studies on the topic: Eighteen showed no difference in depression rates between people with pets and those without; five concluded having a pet eased depressive symptoms; five found pets made depression worse; and the rest were inconclusive.

One study of the elderly that Mueller conducted found pet owners were about twice as likely to have had depression in the past — but reported no depression in the last week. Did they get a pet and then get depressed or did the pet help end the depression? It’s not clear.

One of the reasons science is so iffyon the subject of pets and our health is that it’s nearly impossible to conduct the “gold standard” of studies: a randomized controlled trial where the researcher controls all factors and then randomly assigns a pet to the test group.

“It’s really difficult to do randomized studies because mostly people want to choose whether or not they get a pet and choose who their pets are,” Mueller said.

Backed by a 9 million dollar partnership between the US National Institute of Health’s Child Development and Behavior Branch and the UK’s Waltham Petcare Science Institute, some researchers have begun designing better studies to determine if it’s the animals who have the impact.

A 2015 study found children with ADHD who read to real animals showed more improvements in sharing, cooperation, volunteering and behavioral problems than ADHD children who read to a stuffed animal. Another study found autistic children were calmer and interacted more when in the presence of guinea pigs than toys.

A four-month-long randomized study done at Vanderbilt University in Nashville provided children access to therapy dogs just before undergoing cancer treatment. All of the kids enjoyed it, but there wasn’t a drop in anxiety levels between the children in the test group and those in the control group.

The parents of the children who had therapy dogs, however, showed a significant drop in parenting anxiety over their child’s pain and ability to cope.

A 2020 study found a reduction in perceived stress and other symptoms in veterans with PTSD who walked shelter dogs. Of course, walking is exercise, and exercise reduces stress, but the study also found that stress reduction improved more when veterans walked with the dogs. Who had the most improvement? Veterans with higher levels of reported PTSD symptoms who walked with shelter dogs.

Another research method being used, said Mueller, are longitudinal studies, in which huge numbers of people are followed over long periods of time. The hope is that these studies, and the more scientifically designed experiments, will tease out more precise reasons for why a particular pet might — or might not — be a good fit for a person and their needs.

One day, Mueller says, it might be possible to ‘prescribe’ a dog for a young active child, a troubled adolescent or cardiovascular patient and know — as much as science can ever know — what the outcome is likely to be for their health.

Maybe we’ll finally have data to put behind the “cat vs. dog” debate, or just how and why a bird, fish, lizard or gerbil might soothe our stress and provide companionship.

Until then, fellow dog (and cat and other pet) lovers, I guess we’ll have to stick with what we intuitively know: Pets are some of the most loving “people” in our lives, and that, if nothing else, makes them good for us.