The cost of $4.99 rotisserie chickens: Costco gets sued for animal mistreatment 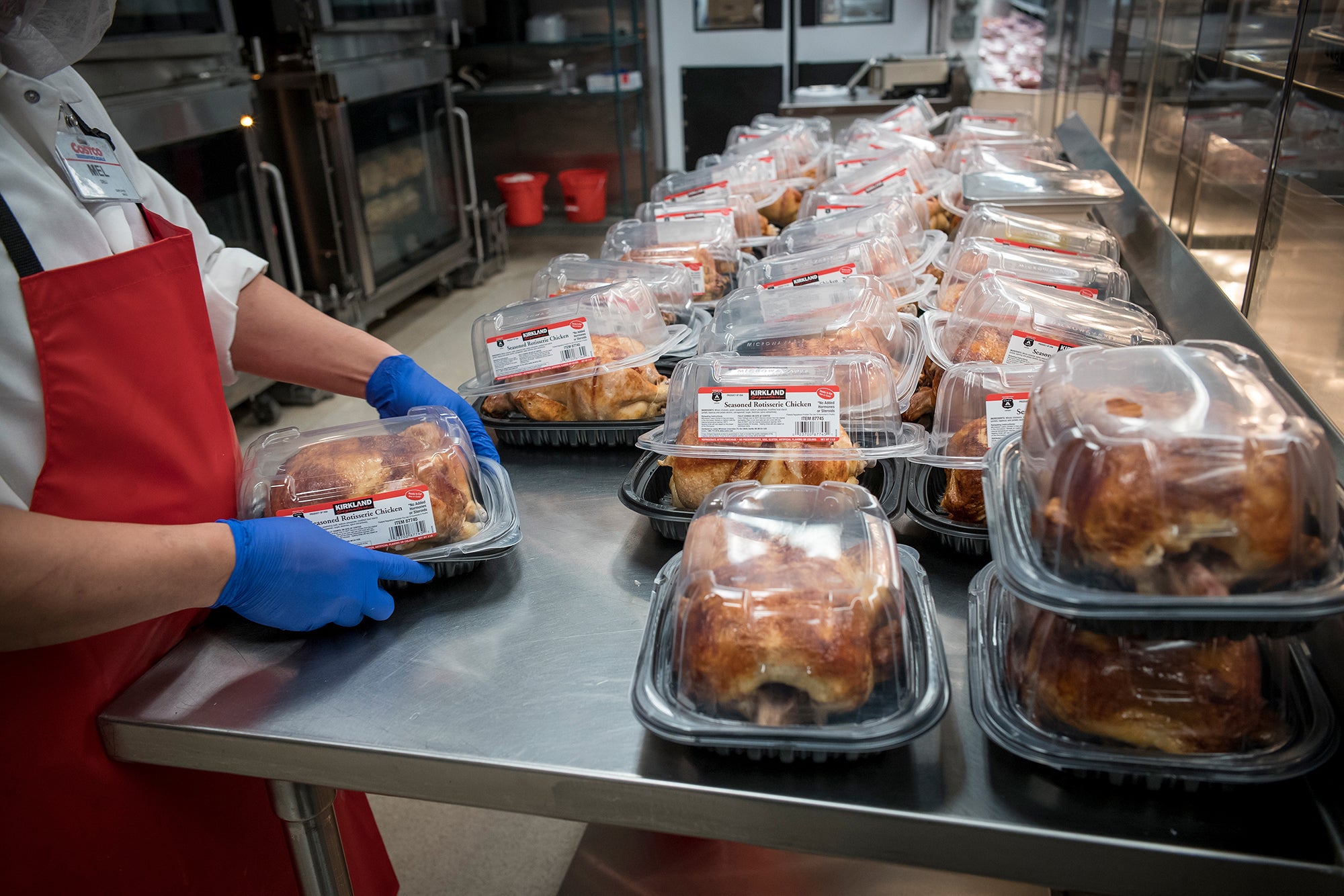 It was a rare step for a retail company to take but a sign of just how valuable rotisserie chickens are to Costco’s business. The company has sold them at $4.99 for more than a decade, lower than most rivals, and uses them as loss leaders to draw customers into stores. Costco sold 106 million of the cooked birds last year.

But Costco now faces a lawsuit from two shareholders claiming that the company and its top executives violated animal welfare laws and, in the process, broke their fiduciary duties. The lawsuit calls into question the lengths Costco has gone to keep its key item cheap.

“Costco illegally neglects and abandons its chickens,” the suit, filed this month in Seattle, claims. Company executives, the lawsuit states, “caused, [are] aware of, and consciously disregarded clear signs of Costco’s ongoing mistreatment of chickens.”

Costco did not immediately respond to request for comment on the lawsuit.

As part of the operation, Costco recruited farmers in the area to raise broilers to be delivered to the Nebraska processing facility.

But the suit alleges that Costco intentionally breeds these broilers too large in to stand on their own in factory farms and the “disabled birds slowly die from hunger, injury and illness.”

It follows allegations from another animal rights group about Costco’s treatment of its chickens.

In 2021, Mercy for Animals filmed undercover scenes of injured chickens in a crowded factory at one of the farms. The video led to a story from a prominent New York Times opinion writer titled “The Ugly Secrets Behind the Costco Chicken.”

In response to the article, Costco defended its treatment of animals and said it adheres to standards developed by the National Chicken Council, a trade association.

But Costco’s practices could hurt demand for rotisserie chickens, the lawsuit claims, and harm its corporate reputation.

“As more consumers learn of the mistreatment of Costco chickens, the benefits reaped using loss-leading rotisserie chickens to drive customer traffic and purchases . . . will vanish or greatly diminish bevause consumer preferences to not buy products made illegally or unethically will trump the lure of a ‘cheap’ chicken.”