The Fed’s fight against inflation could cost the US 1.2 million jobs 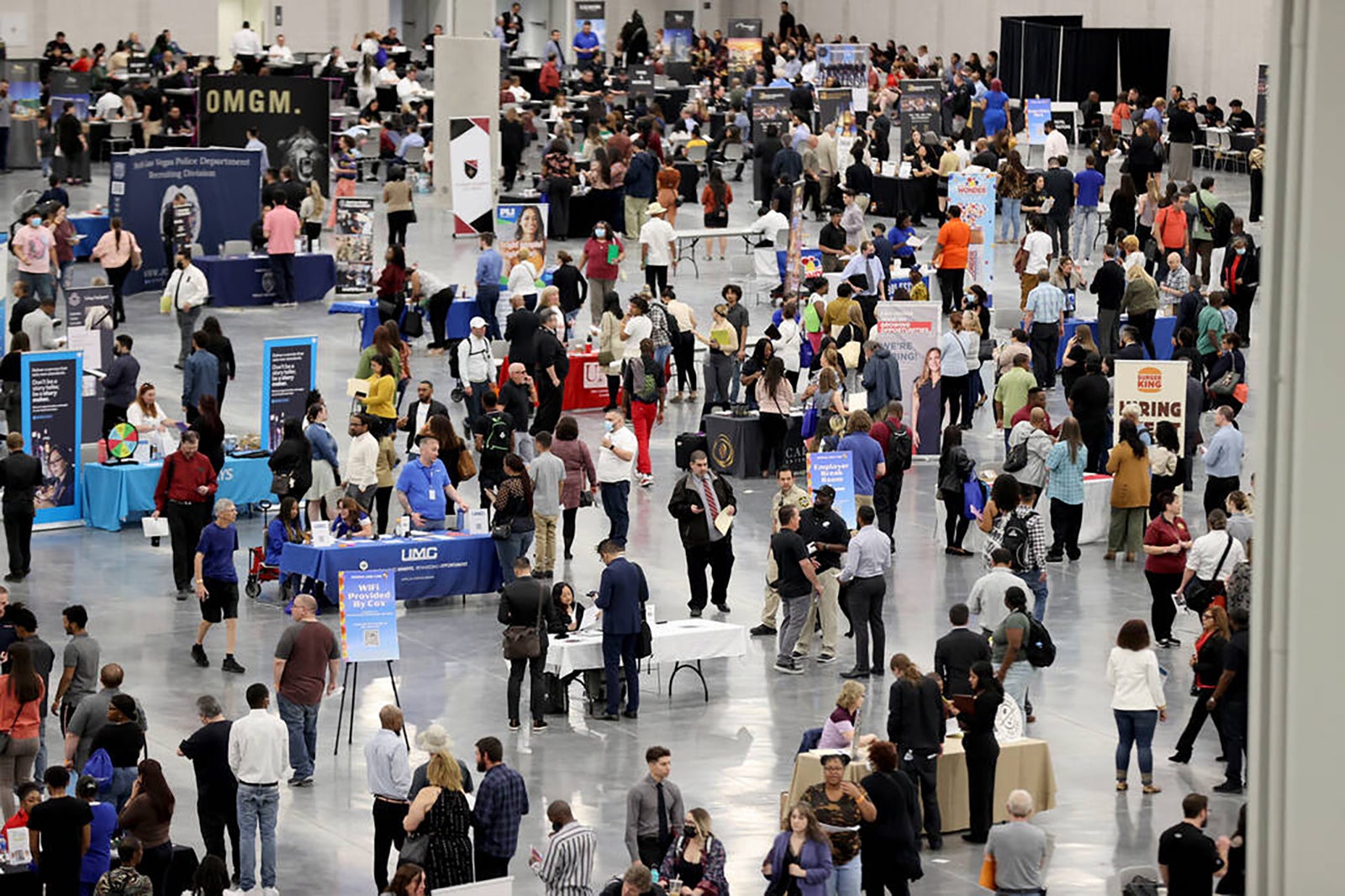 (CNN) — In its efforts to bring down historic inflation and cool the economy, the Federal Reserve has used multiple euphemisms to describe the potential impact on Americans’ jobs, from economic “pain” to “unfortunate costs” and a “softening labor market.”

The Fed’s latest economic projections, released Wednesday alongside a massive third consecutive interest rate hike of 75 basis points, show that the central bank is expecting the nation’s unemployment rate to grow to 4.4% next year — up from August’s 3.7% — and potentially as high as 5%. Assuming no change in the labor force, that would mean around 1.2 million more people will be unemployed. At the high end of the Fed’s range, at 5%, that would be 2.2 million more unemployed.

“There is a gradual realization that the rose-shaded glasses view of being able to reduce labor market tightness by just curbing the number of job openings is gone,” said Gregory Daco, chief economist at EY-Parthenon. “We have now an implicit realization that in order to cool the labor market there will need to be a significant increase in the unemployment rate and there will need to be a cooling of employment growth with potential employment losses.”

Through the first eight months of 2022, the United States has seen an average net gain of 438,000 jobs per month, Bureau of Labor Statistics data shows. In August, 315,000 jobs were added. Prior to the pandemic, the US averaged fewer than 200,000 jobs per month.

“I wouldn’t be surprised that in an environment where businesses are being more cautious and are applying more discretion to their hiring decisions, that we could see potential net job losses by the end of the year,” he said.

Labor market strength is expected to continue moderating in the coming months, Ataman Ozyildirim, senior director of economics at The Conference Board noted Wednesday in the think tank’s latest Leading Economic Index release. The August 2022 index showed a sixth-consecutive month of declines, potentially signaling a recession is imminent, according to The Conference Board.

“The average workweek in manufacturing contracted in four of the last six months — a notable sign, as firms reduce hours before reducing their workforce,” Ozyildirim said in a statement. “Economic activity will continue slowing more broadly throughout the US economy and is likely to contract. A major driver of this slowdown has been the Federal Reserve’s rapid tightening of monetary policy to counter inflationary pressures.”

The pandemic capsized the labor market and scrambled supply chains to the point where more than two years later, many of those challenges still persist and new ones have been added — like spiking food and energy prices — as a result of highly volatile developments such as Russia’s war in Ukraine and extreme weather events.

“There’s a myriad of factors going on now, and it’s a mistake to think the Fed controls any more than a handful of those,” he said.

The Fed can influence demand, however, with higher rates rippling through areas of the economy making it harder to buy a home, more expensive to buy a car or finance a business, and making credit card balances that much more costly.

While portions of the demand side of the economy have shown some slowing in response to the Fed’s moves, the labor market has remained an outlier. Joblessness remains near historically low levels, job openings are double that of folks looking for work, and labor force participation remains below pre-pandemic levels.

“I think the Fed is mistaken if it thinks raising rates, even to 4% or above, is going to cower the labor market, because we’re still more than 4 million jobs below the pre-pandemic trend, and employers are still making money, and employers still have to hire people,” Frick said. “And it’s really, at this point, like telling the tide not to come in — to expect the labor market to soften.”

A key reason Fed Chair Jerome Powell wants more slack in the labor market is out of concern that a tight employment situation will continue to push up wages, which could then keep inflation elevated. As the unemployment rate rises, workers lose bargaining power for higher wages and households pull back on spending.

“Powell has said that wage increases contributing to inflation has not yet occurred, but he sees it happening in the future,” Frick said. “This is all very theoretical at this point. And I understand that if you want to decrease demand, a way to do it is to increase unemployment … but I really think it’s an open question whether it’s an issue now or not.”

To that end, American workers might have to bear the brunt of the pain for a problem that’s not caused by them.

Powell and the Fed have earned plenty of detractors on this front, notably Massachusetts Democratic Senator Elizabeth Warren, who tweeted on Wednesday that she’s “been warning that Chair Powell’s Fed would throw millions of Americans out of work — and I fear he’s already on the path to doing so.”

“It’s unfair,” Frick said. “But no one ever said economics wasn’t sometimes cruel.”

Powell has said that prolonged and entrenched high inflation would be even worse than moderate increases in the unemployment rate. The Fed’s latest economic projections are for GDP growth to slow to 0.2% from 1.7% by the end of this year.

“That’s a very slow level of growth, and it could give rise to increases in unemployment, but I think that is something that we think we need to have,” Powell said. “We think we need to have softer labor market conditions as well. We’re never going to say that there are too many people working, but the real point is this: Inflation, what we hear from people when we meet with them is that they really are suffering from inflation.”

“If we want to set ourselves up, light the way to another period of a very strong labor market, we have got to get inflation behind us. I wish there were a painless way to do that. There isn’t,” he added.

The next batch of key employment data, including openings, layoffs, and monthly job gains, will come in the first week of October when the Bureau of Labor Statistics releases the Job Openings and Labor Turnover Survey and monthly jobs report for September.

Jobless claims data released Thursday showed that the number of first-time applications for unemployment benefits was 213,000 for the week ended September 17, according to the Department of Labor. The previous week’s total of 213,000 was revised downward by 5,000. The weekly claims, which remain near some of their lowest levels in months, underscore how employers are holding on tightly to workers as the labor market remains full of opportunities for job hunters.