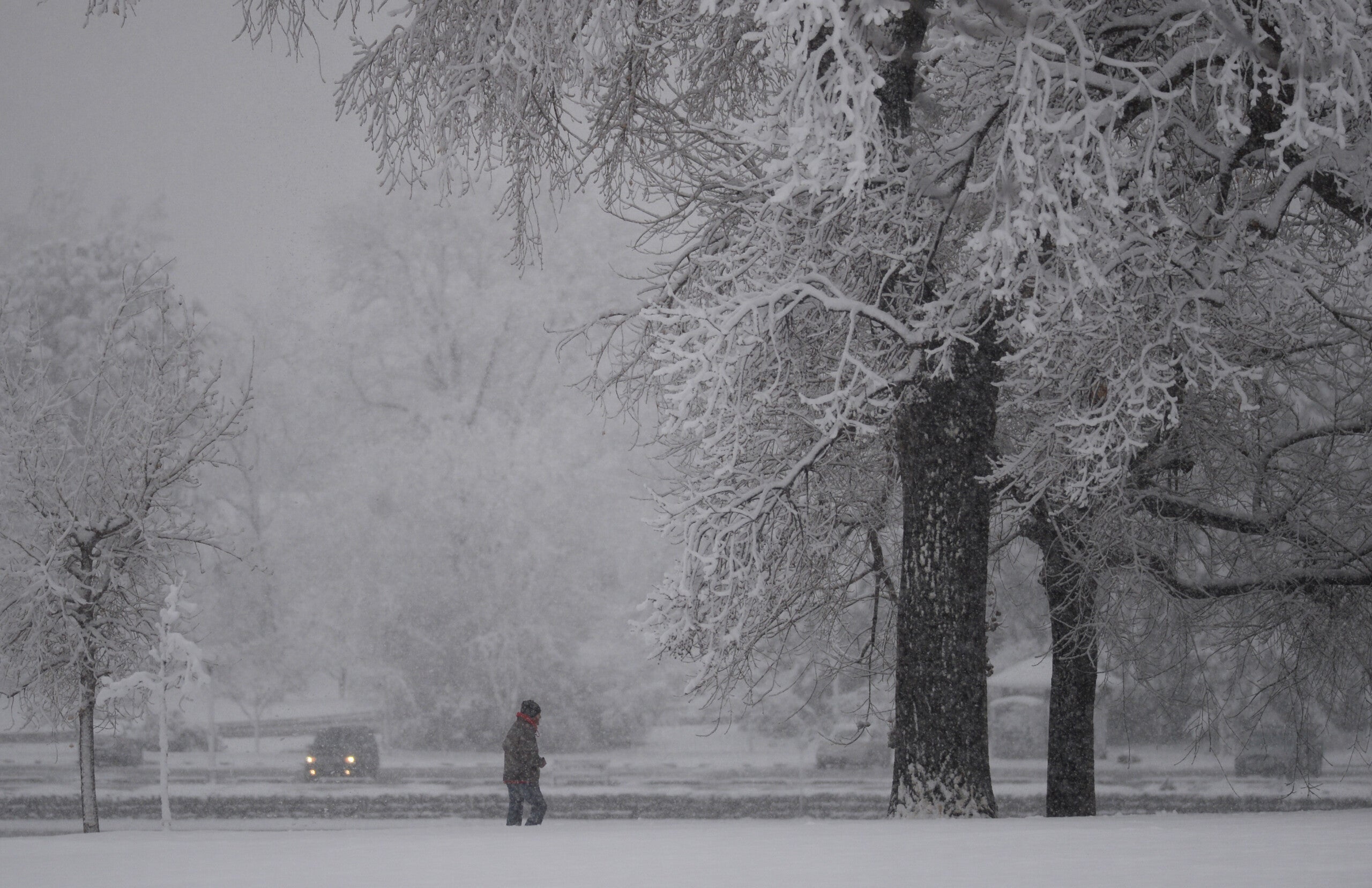 (CNN) — The second in a series of three storms is forecast to hit the Pacific Northwest this weekend, putting 8 million people under winter weather alerts.

The second storm is expected to arrive Friday night into Saturday and bring possible record-setting snowfall totals and icy conditions. Portland and Seattle could see more than a year’s worth of snow before Valentine’s Day.

Those cities experienced the first round of the storm Thursday into Friday morning, with Portland getting 1 inch of snow.

“While it may not sound like a big deal to those in the Midwest, the last time we saw 1 or more inches of snow here was on Feb 10th, 2019,” tweeted the Portland National Weather Service office.

Get the latest weather forecast here

A year of snow in a single day for Seattle?

The blockbuster snow event will arrive late Friday into Saturday, tracking closer to Washington state and setting the stage for heavier widespread snowfall.

“We`re still on track for a major snowstorm across the region tonight into Saturday,” says the National Weather Service office in Seattle.

This is when the combination of the storm track, moisture and cold air can work together to produce as much as 6 inches in the Seattle metro and an additional 4 inches in the Portland metro, which is about what those cities average in a year. This comes on the heels of the 1 inch snowfall Portland received on Thursday.

The storm is forecast to produce snow in earnest around the time of the evening commute in Seattle.

For some historic context, Seattle would need a little over 7 inches of snow on Friday to place it in the top 10 snowiest single days on record.

The city most recently tallied 6.4 inches of snow on February 8, 2019, but even those types of snow days are few and far between for Seattle.

Icy conditions will also be a problem. An ice storm warning is in effect for portions of western Oregon, making travel nearly impossible.

“While a mixture of snow and sleet could add up to an inch or so in spots, expect predominantly freezing rain,” says NWS Portland. Additional ice accumulations of one quarter to three quarters of an inch are likely.

This is more than enough to weigh down power lines and trees to the point of breaking, leading to possible power outages.

These totals are dwarfed by the forecast totals across the higher elevations of the Cascades in Washington and northern Oregon.

As much as 2 to 3 feet of snow is forecast to accumulate there by Valentine’s Day, making for tricky travel conditions for anyone who plans to drive across the mountain passes in the region.

While piercing wind gusts are to be expected in these higher elevations, cities such as Portland and Seattle will be fanned by 25 to 40 mph gusts during the passing of these storms, bringing wind chills in the respective cities down to the teens at times.

In towns like Multnomah Falls, Oregon, in the Columbia River Gorge, people venturing outside will be greeted by 40 to 60 mph gusts and blinding snow in the height of the storms.

The evolution of this second storm factors into just how much cold air will lingerfor the arrival of the third and final storm of this wintry pattern.

A third chance of snow on Valentine’s Day

The final act of the three storms is forecast to be served up late Sunday into Monday.

Although unseasonably cold air is forecast to linger around into Valentine’s Day, it’s not known just how cold the air mass will be and if it could be enough to support low elevation snow for Portland and Seattle.

At this point, the models suggest at least a mix of rain and snow, as the trifecta of winter storms come to an end.

“While many thought that winter may have missed us, it appears it was just taking a bit of a break,” says NWS Portland.