The US is taking a major step toward resuming normal life 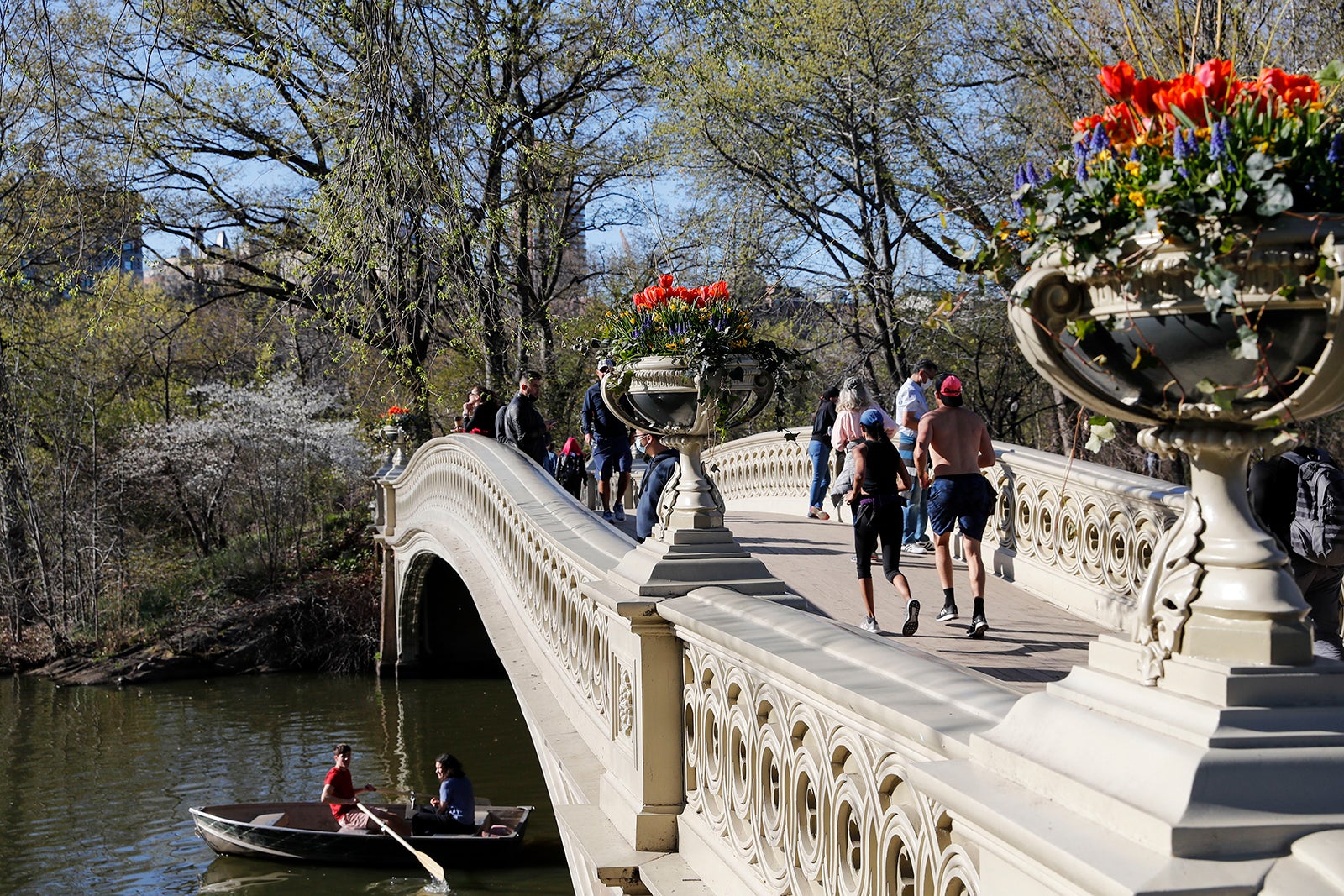 (CNN) — As May arrives, the US is taking a major step toward resuming normal life, with cities, businesses and entertainment venues announcing plans to begin reopening after the deadly winter surge of Covid-19 infections.

The travel industry is gearing up for a big summer season. This week, Deltawill resume filling the middle seat on flights while Disneyland in California is opening its park gates for the first time in more than a year at around 25% attendance capacity.

In sports, the Atlanta Braves and Atlanta United are among the first teams in their respective leagues to return to 100% capacity for games starting in May, with the condition that fans wear face coverings. The Kentucky Derby will have thousands of spectators when it is held on Saturday although attendees will also have to wear masks, per a state requirement for outdoor events with more than 1,000 people.

State leaders and experts, however, note that more needs to be done before the nation fully returns to normalcy.

In Washington state, health officials announced Wednesday that more than one out of every 100 people in rural Ferry County was infected with Covid-19 in the past two weeks, following what was described as a superspreader event in the town of Republic.

With vaccine hesitancy now a serious concern, state officials are asking people who already have been fully vaccinated to continue helping their communities by actively encouraging others to get their shots.

“We really want you to encourage those around you — your parents, your family, your coworkers,” Washington State Secretary of Health Umair Shah said.

And that race to vaccinate as many Americans as possible is running alongside a push to get society back to a pre-coronavirus state of affairs.

The latest data is offering hope as the seven-day average Covid-19 death rate is at its lowest point of the year, according to a CNN analysis of Johns Hopkins University data. The April daily average of deaths was 684, down from the January average of 3,431 deaths per day. it’s the lowest point since October.

On Thursday, the CDC said about 35% of the US population has been infected with the virus. The agency estimates the virus has led to 114.6 million infections, 97.1 million symptomatic illnesses and 5.6 million hospitalizations from February 2020 to March 2021.

The concern from health officials moving forward is that the progress made lowering the death rate can only continue with increased vaccination efforts. The latest ensemble forecast from the CDC estimates up to 6,600 new deaths reported each week through May 22, and vaccine hesitancy among citizens will challenge any further decrease of these figures.

“It is a terrible thing to think we would have vaccines that could save people’s lives, and not see it in people’s arms,” Gov. Inslee said.

Two major cities announced Thursday that they are relaxing restrictions.

New Orleans said that it would however keep a mask mandate in place for now. “We know this hasn’t been easy, but it has been paying off, and we’re almost there. Getting vaccinated will help us continue to reopen New Orleans to the world as the safest destination city we can be,” said Mayor LaToya Cantrell.

In New York City, the Covid-19 positivity rate has been steadily decreasing for the past few weeks, according to city statistics, aligning with a July 1 targeted reopening date when restaurants, bars, hair salons, gyms, stadiums, theaters, museums and other venues will return to 100% capacity.

New York City’s subway system, which has been operating on a truncated schedule for much of the pandemic to allow for proper cleaning, will also be a part of the city’s reopening, Mayor Bill de Blasio said Thursday, adding that he believes a true New York City reopening would include the subway system returning to its normal 24/7 operations.

“This is going to be the summer of New York City,” de Blasio said.

Around 30% of the US population is fully vaccinated, according to the latest numbers from the CDC. Experts say that to get to a point where transmission of the virus is stopped, known as herd immunity, between 70-85% of the population needs to be protected through vaccination or antibodies from natural infection.

Yet as some areas continue the path to reopening, the demand for vaccines has waned.

Appointments for the first dose of the vaccine in Los Angeles County have dropped by 50%, County Department of Public Health Director Dr. Barbara Ferrer said during a press conference Thursday.

While more than seven million doses have been administered, more than half of its residents have not yet been fully vaccinated, Ferrer said.

“I think the strategy moving forward for all of us is going to be to make it as easy as possible for people to get vaccinated,” she said, saying vaccination sites could be set up in places like shopping centers and churches.

In Utah, organizations including businesses, community-based organizations and church groups can request to host their own free mobile vaccination clinic at their locations starting Thursday, Gov. Spencer Cox said.

“We have the doses available and we’re excited to be able to do this,” he said. “This will really help us streamline our equity efforts.” The state hopes the effort will jumpstart a new wave of vaccine demand among an entirely new population.

To give vaccine sites more flexibility, Pfizer said Thursday it will begin offering smaller shipment sizes of its Covid-19 vaccine at the end of May.

“December and January, it was all about how many — just getting mass quantities of doses out. But as we continue through the program in February and March, we were hearing directly from states and vaccination sites that … we would need to help them with ease of vaccination and no wasted doses,” Tanya Alcorn, vice president in charge of Pfizer’s global supply chain, told CNN. “We never want wasted vaccine.”