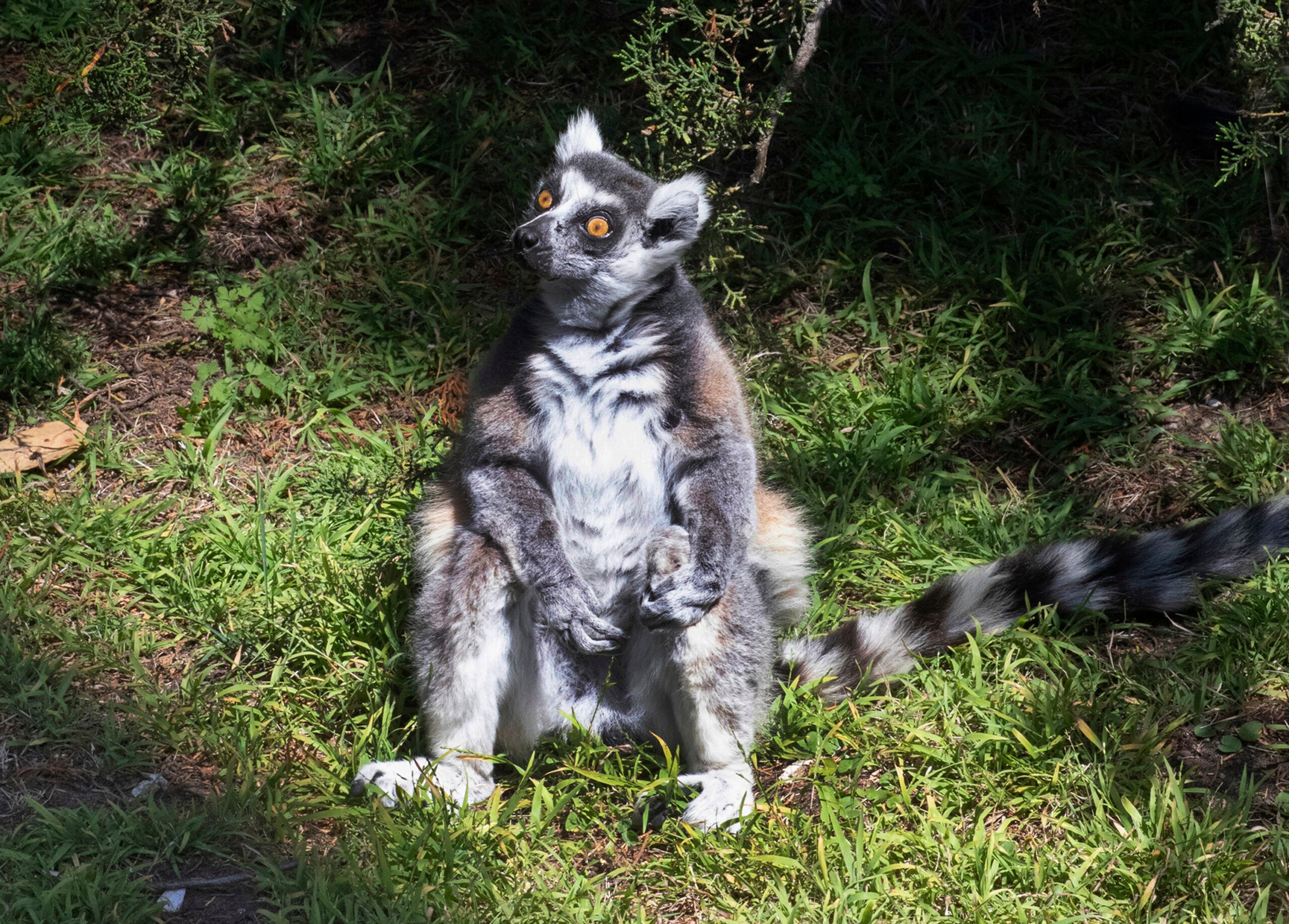 This undated photo provided by the San Francisco Police, courtesy of the San Francisco Zoo, shows a missing lemur named Maki. The ring-tailed lemur was missing from the San Francisco Zoo after someone broke into an enclosure overnight and stole the endangered animal, police said Wednesday, Oct. 14, 2020. The 21-year-old male lemur was discovered missing shortly before the zoo opened to visitors, zoo and police officials said. They're seeking tips from the public in hopes of finding the lemur, explaining that Maki is an endangered animal that requires specialized care. (Marianne V. Hale/San Francisco Zoo via AP)
by: Associated Press
Posted: Oct 17, 2020 / 10:31 PM EST / Updated: Oct 17, 2020 / 10:31 PM EST

SAN FRANCISCO (AP) — Police said Friday they arrested a man suspected of stealing a ring-tailed lemur from the San Francisco Zoo, where officials rewarded a 5-year-old boy who helped recapture the endangered primate with a lifetime membership.

The theft of Maki, an arthritic 21-year-old lemur, made the news Wednesday in San Francisco and beyond when zoo officials reported the animal missing and found evidence of forced entry at his enclosure.

Five-year-old James Trinh was unaware of the headlines when leaving his preschool Thursday in Daly City, about 5 miles from the zoo, and exclaimed, “There’s a lemur! There’s a lemur!” Cynthia Huang, director of the Hope Lutheran Day School, told the San Francisco Chronicle Friday.

Huang was skeptical at first. “I thought, Are you sure it’s not a raccoon?” she said.

Maki scurried from the parking lot into the school’s playground and took refuge in a miniature play house, as the school called police who quickly alerted animal control and zoo officials. The children, parents and teachers watched as caretakers arrived and coaxed the lemur into a transport cage, Huang said.

McGilloway, whom investigators had identified as a suspect in the lemur’s abduction, was arrested Thursday evening by San Rafael police on unrelated charges. He was expected to be transferred to San Francisco County Jail to be booked on charges of burglary, grand theft of an animal, looting and vandalism all related to the lemur theft, Ryan said.

Police did not provide other details, saying the investigation was still underway but credited a multi-agency effort and tips on a public tip line that led to the suspect’s capture.

San Francisco Zoo director Tanya Peterson said Maki was “an aging wild animal who needed special care” for ailments including arthritis. “He’s still agitated, dehydrated and hungry,” she said, adding that veterinarian teams were working to get him back to health. Due to his travels, she added, “He’s socially distancing from his primate family” but would hopefully join the other lemurs soon.

Authorities had offered a $2,100 reward for locating Maki, which the zoo will be giving to the church.

“I understand there is a young boy there who witnessed this and also called in the tip, and we are giving his family a free membership to the zoo,” said Peterson, who thanked the boy and everyone who helped. “They literally saved a life.”