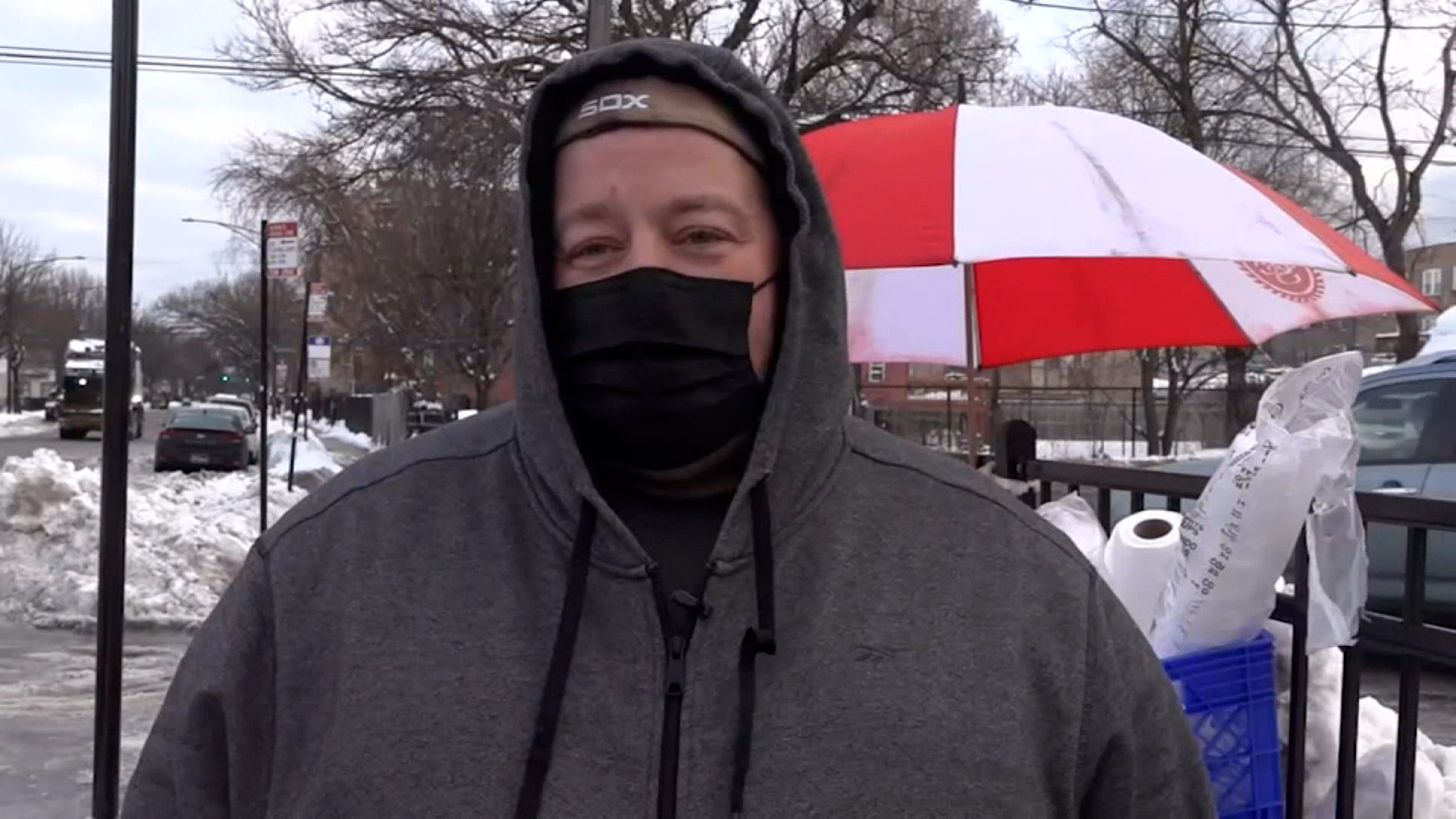 (CNN) — When it’s 9 degrees in Chicago, you can see your frozen breath in the air, feel the arctic sting on your face and, on this February morning, bask in the warmth of a caring man armed with 50 tamales.

Restaurateur Robert Magiet just purchased the Mexican rollups from a street vendor. It was the seller’s entire day’s inventory. His workday effectively over, the shivering salesman happily abandons the frozen sidewalk.

Magiet makes similar mass purchases from other street vendors this brutal morning. He says on average he purchases 15 dozen tamales for an average price of $16 a dozen.

“At first they are in disbelief. They don’t understand why someone would want to buy so many tamales,” he told CNN.

The cold dawn of a hot tamale project

He started his tamale project one morning while driving to his restaurant.

Magiet spotted the weather-beaten vendors trying to eke out livings on sub-freezing days when customers just weren’t buying. So he pulled over and made his first grand purchase.

“What’s great is when we visit vendors for a second time and seeing how excited they are knowing they are about to get bought out and get to go home,” he said.

Magiet is driven by the positive reactions of vendors he’s helped in the Logan Square, Humboldt Park and surrounding Avondale neighborhoods.

What do you do with hundreds of tamales?

No, he doesn’t just eat them.

The diehard White Sox fan spends his remaining morning hours stocking Love Fridges scattered around the area. The community refrigerators provide people in need with food free of charge. He also provides tamales to shelters for people dealing with homelessness.

But that may soon change. Magiet has spoken with several vendors to create a Korean-flavored tamale soon.

Meantime, he encourages others to help those in need any way they can, especially during the pandemic.

“All it takes is one act of kindness and others will notice and join in,” he said. “Together we can all make a huge difference in others’ lives. It’s never been more important to support each other.”