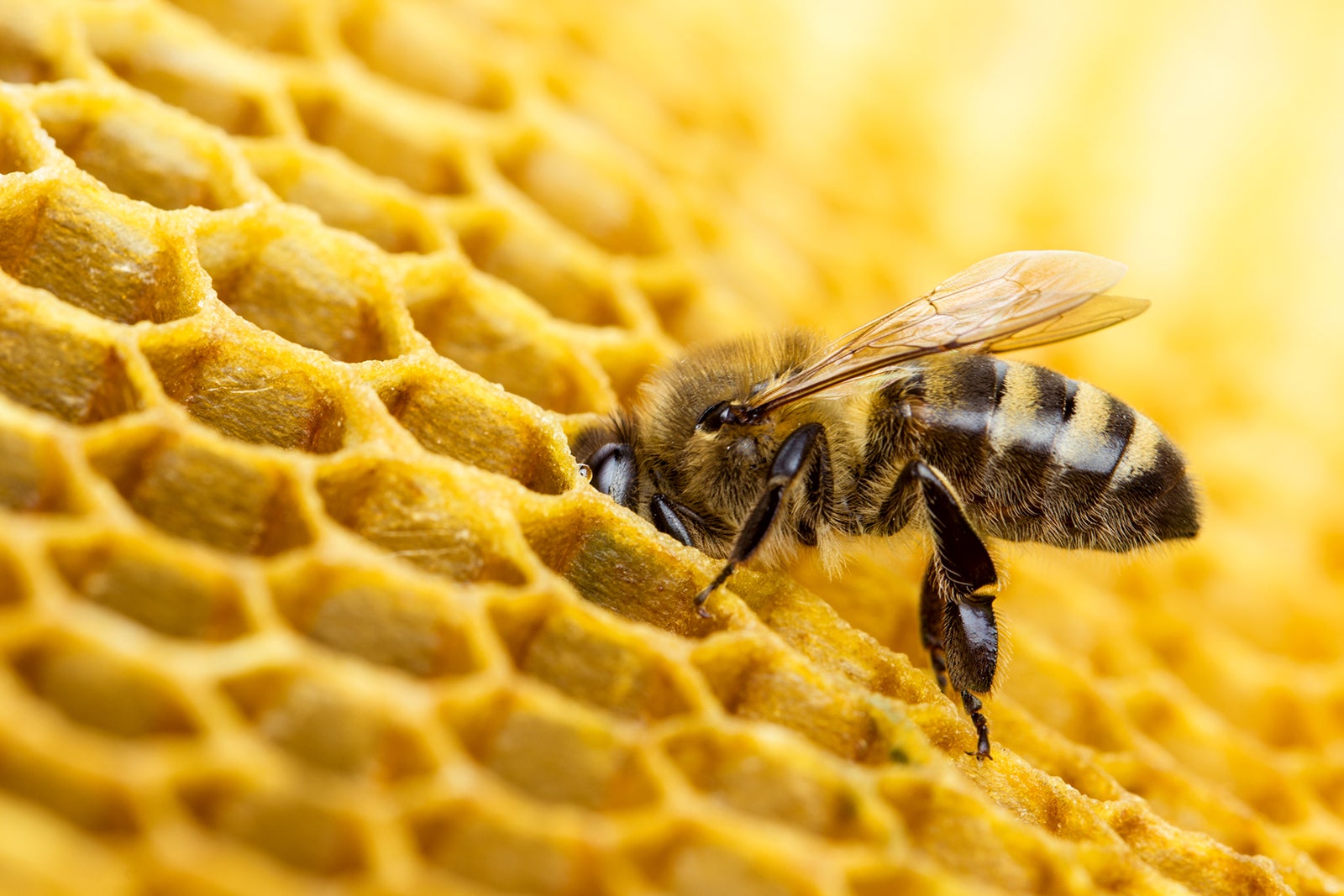 (CNN) — A typical video for the woman behind the popular TikTok account texasbeeworksshows her wearing dark clothing — jeans, a black shirt, a denim button-up — while scooping bees with her bare hands.

Erika Thompson, the woman featured on the account, is not seen wearing any of the gear commonly associated with beekeeping, like a bee suit or gloves. Instead, she calmly relocates bees with her hands, while a voice-over narrator explains her process.

The beekeeper in Austin, Texas, has become a viral star, with 6 million followers and 80 millionlikes on TikTok alone, even helping singer Jason Derulo remove a beehive from his home.

But Friday Chamberlain, who goes by LA HoneyBee Rescue on TikTok and says they’re a bee removal specialist, said Thompson’s videos actually set a “dangerous precedent” on how to safely interact with and take care of bees.

In a slew of TikTok videos, Chamberlain says Thompson’s videos show all the things someone shouldn’t do while beekeeping, like wearing dark colors, which could lead to bee attacks, or leaving her hair down, which could trap bees and lead to stings on the neck or face.

“I’m 100% OK with her showing how docile swarms are,” Chamberlain said in one video. “But the fact is that she goes into removals without wearing any safety gear, wearing black leggings … she’s setting a very dangerous precedent.”

In an interview with CNN, Chamberlain, who has been working with bees since 2002, explained that the videos were originally only meant for their small circle of followers, and they didn’t intend on having the videos blow up. Still, bee removal is far from the safe task that Thompson makes it out to be, Chamberlain said.

“Her work really affects all of us, the perception of the job, the perception of the ease of it, the danger,” Chamberlain said.”It got to a fever pitch, and I was like ‘enough’s enough.’ This is the reality of the job. What she’s doing is content creation. What she does for honeybees is fantastic — she works on legislation against pesticides and whatnot — but a bee removal specialist she is not.”

In a statement to CNN on Monday, Thompson said, “As a professional beekeeper, it’s my mission and my purpose to help people understand how important the work of bees and beekeepers is to our world. The content I share is real, and shows how beekeepers help people and bees in need every day—wearing protective gear when necessary. Only experienced beekeepers should be handling bees and performing bee removal services.”

In an earlier statement posted to Instagram on Saturday, Thompson addressed the controversy, calling the accusations “untrue and hurtful.”

And last fall, in response to people who criticized her for not wearing of protective gear, Thompson told Texas Monthly, “I think it’s probably good that people have a healthy fear of bees. We should respect them—they can be very hurtful to people, ” adding, “But I think it was very much an element of seeing someone handle creatures that you normally don’t see people that hands-on with.”

Barbara Baer-Imhoof, an assistant specialist for pollinator health at the University of California Riverside’s Center for Integrative Bee Research, told CNN that the university always teaches beginning beekeepers to wear full suits with veils, gloves and boots that cover ankles. Even veterans, she said, should wear full suits when approaching unfamiliar colonies for the first time.

“Me personally, I would not approach a colony I don’t know without wearing a full suit,” said Baer-Imhoof, who has worked with honey bees since 2005. “At Riverside, that’s how you dress and that’s how we teach as responsible beekeeping.”

If she was familiar with a hive, Baer-Imhoof said she might only wear half of a suit with a veil and forego the gloves, depending on the job. But that was only after several years of experience.

“Honey bees are wild animals,” she explained. “Hives have different personalities; you don’t know who you’re going to meet and what mood the hive is going to be in.”

Similarly to Baer-Imhoof, Ashley Ralph, president of the Texas Beekeepers Association, told CNN that sometimes professional beekeepers choose to wear less protective gear if they are familiar with the hive. Thompson seems familiar with the bees, she said, and her choice of gear is “totally hers.”

“Erika’s approach has a place in bringing in new eyes and ears that could become bee advocates or even beekeepers,” Ralph said. “At TBA, we do spend time talking about protective gear and the risk of beekeeping because we worry that without talking about the risk of bees, we could actually be causing more harm to honey bees and beekeepers in the long run by encouraging irresponsible or even hands-off beekeeping practices that lead to bad bees or bee experiences.”

Still, Ralph said, accusations aside, Chamberlain “made some solid cautionary points to the general public.”

“Leave the bee removal to the professionals,” Ralph said. “Grabbing bees could get you stung.”