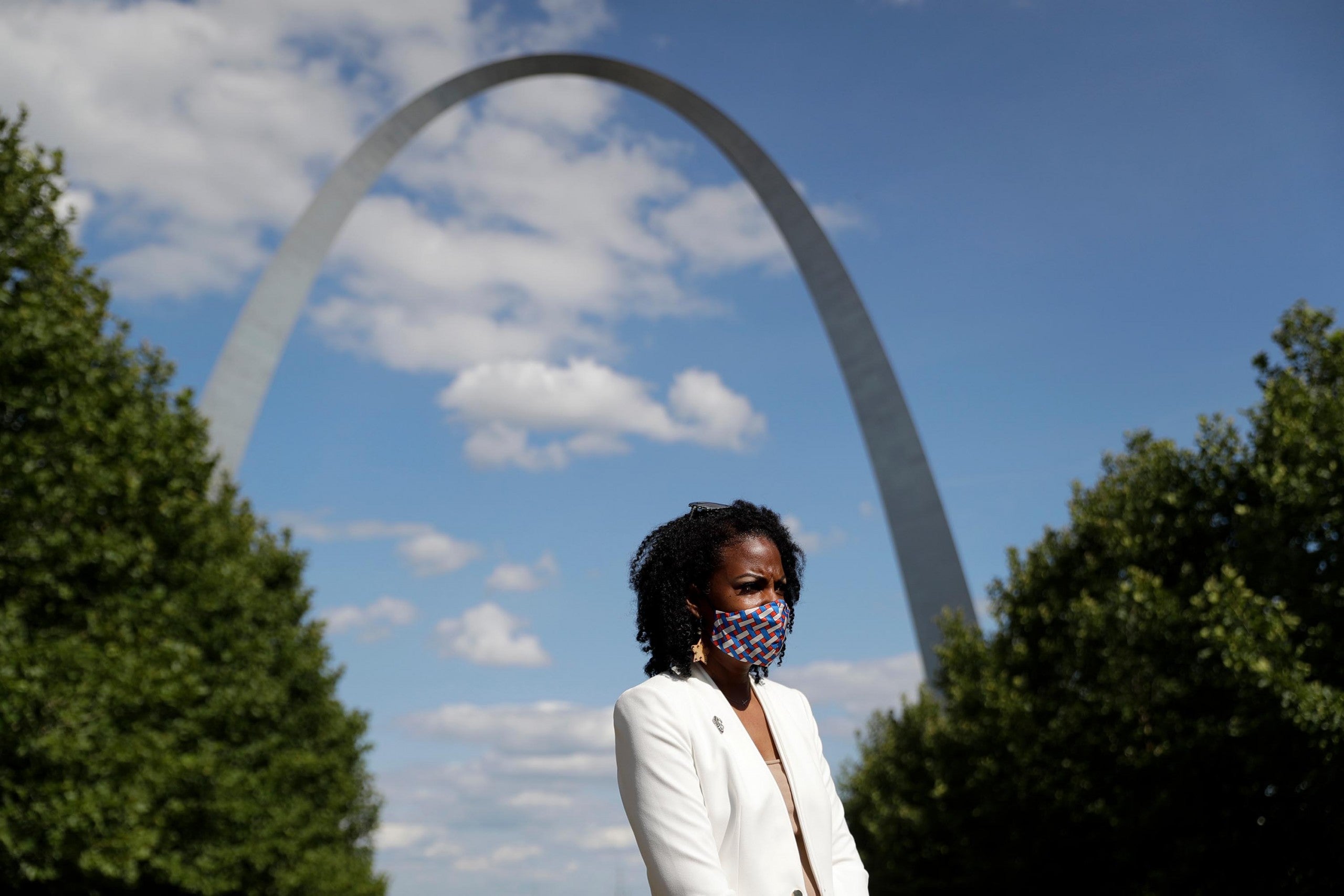 (CNN) — Tishaura Jones on Tuesday was elected mayor of St. Louis and will become the city’s first Black woman to hold that office after running on a progressive platform and a promise to reform and revitalize the city.

Jones, the city’s treasurer, beat Alderwoman Cara Spencer by 2,280 votes, according to the final unofficial election results posted online by the city’s election board.

Jones will be sworn into office on April 20.

In her victory speech Tuesday, Jones reflected on her historic win.

“This campaign can unequivocally say that we’ve begun breaking down the historic racial barriers and the racial divides that exist, and have existed for generations in our city,” she said.

Spencer conceded to Jones Tuesday night, according to CNN affiliate station KSDK. On Twitter, she congratulated Jones on her win, saying, “You have my support in making St. Louis the great city we know it can be.”

This year’s mayoral race was a shift to St. Louis’ new nonpartisan voting system approved in November by voters. Under the new system, residents can vote for as many candidates as they want in municipal primaries and the top two vote-getters move onto the general election.

Jones comes into office amid the Covid-19 pandemic, two disturbances within two months at the city jail, and a significant increase in homicides in 2020.

“As a city, we’ve been surviving. We’ve suffered disinvestments, decades of violence, broken promises from our city’s leaders, who have bowed to the will of special interests and insider dealings,” Jones said Tuesday night. “It’s time for St. Louis to thrive.”

Jones also said she “will not stay silent” when she spots racism, homophobia, transphobia, and xenophobia, religious intolerance, and “any injustice.”

She said that St. Louis isn’t “done avoiding tough conversations. We are done ignoring the racism that has held our city and our region back.”

With St. Louis expected to receive more than $500 million as part of President Joe Biden’s economic stimulus package, Jones has pledged to disburse the federal funds “with an eye towards equity.” Her proposed priorities for the funds include rental and mortgage assistance, expanding small business grants, setting up new emergency shelters, and mass vaccination clinics.

Her approach to city policing will be to invest more in treatments for substance abuse and mental health disorders and routing certain 911 calls to social workers and other licensed professionals.

She also vowed to invest to be an advocate for ending cash bail and to close the Workhouse, the city’s medium security institution.

Jones ran for mayor in 2017, narrowly losing in the crowded Democratic primary to current St. Louis Mayor Lyda Krewson. Krewson, the city’s first female mayor, announced last year she would not run for reelection and would retire at the end of her term.

Jones was also the first Black woman to serve as St Louis’ treasurer, a role she’s held for eight yearsand was recently reelected to last November.

Before that, she served two terms in the Missouri House of Representatives, during which she was the first Black woman selected to hold the position of Assistant Minority Floor Leader.

Jones’ career in public service began in 2002 when she was appointed Democratic committeewoman of St. Louis’ Ward 8.