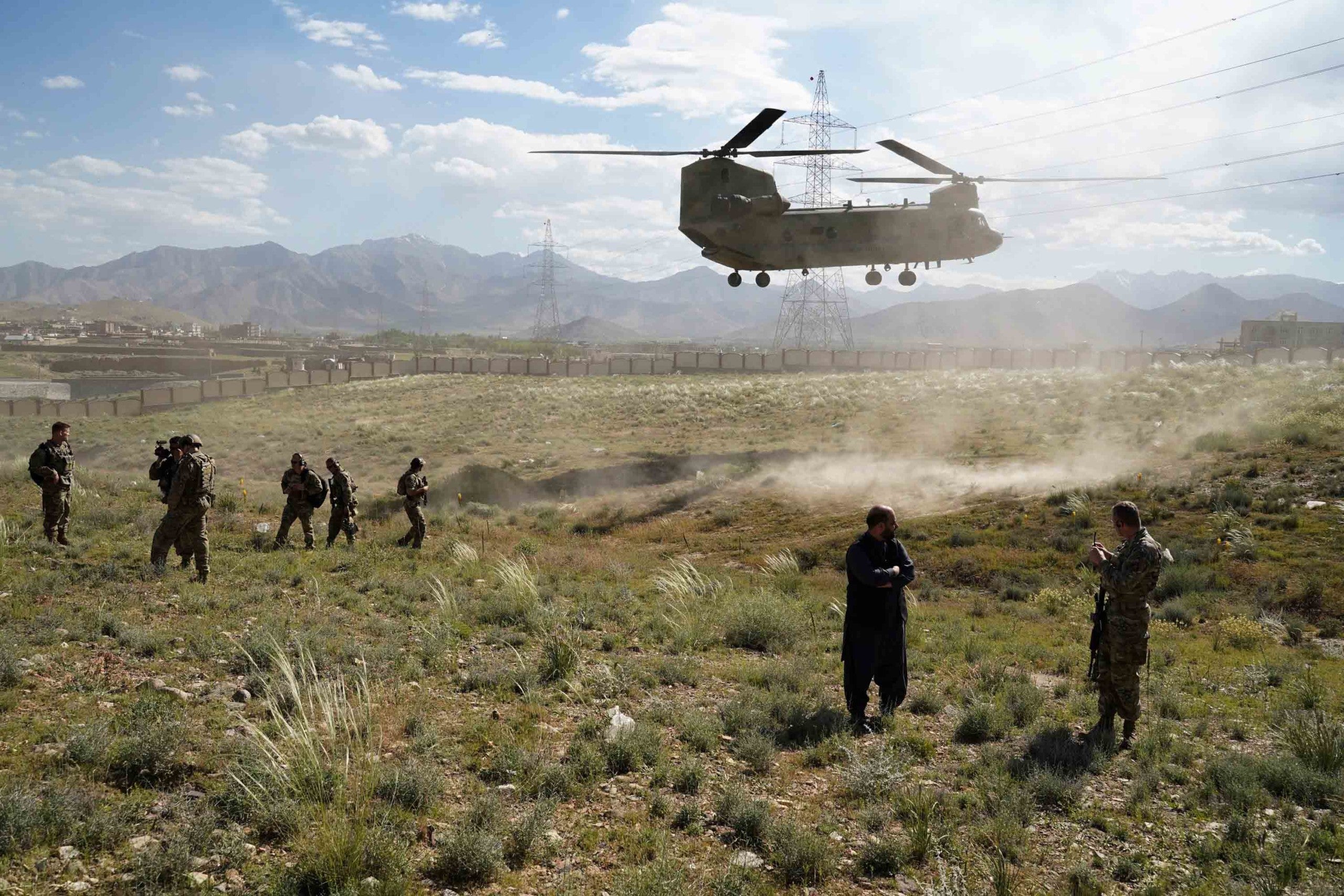 In this photo taken on June 6, 2019, a US military Chinook helicopter lands on a field outside the governor's palace during a visit by the commander of US and NATO forces in Afghanistan, General Scott Miller, and Asadullah Khalid, acting minister of defense of Afghanistan, in Maidan Shar, capital of Wardak province. - A skinny tangle of razor wire snakes across the entrance to the Afghan army checkpoint, the only obvious barrier separating the soldiers inside from any Taliban fighters that might be nearby. (Photo by THOMAS WATKINS / AFP) / To go with 'AFGHANISTAN-CONFLICT-MILITARY-US,FOCUS' by Thomas WATKINS (Photo credit should read THOMAS WATKINS/AFP/Getty Images via CNN)
by: Ryan Browne and Paul LeBlanc, CNN
Posted: Jul 8, 2020 / 05:43 AM EST / Updated: Jul 8, 2020 / 05:43 AM EST

(CNN) — The top US general overseeing operations in the Middle East and Afghanistan said Tuesday that the intelligence concerning Russian operatives offering bounties to Taliban-linked militants was “very worrisome” but that the information wasn’t solid enough to hold up in a court of law.

His comments mark the first time a Pentagon official has answered questions about the US intelligence that assessed there was an effort by a Russian military intelligence unit to pay the Taliban to kill US soldiers.

The official was unclear as to the precise Russian motivation, but said the incentives had, in their assessment, led to coalition casualties. The official did not specify the date of the casualties, their number or nationality, or whether these were fatalities or injuries.

McKenzie said Tuesday, “I’m very familiar with this material, and I’m a theater commander and I’ve had an opportunity to look at it. I found it very worrisome.”

“I just didn’t find that there was a causative link there. It worried me, and we take extreme force protection measures all the time in Afghanistan,” McKenzie said, adding that he was not convinced that the Russian bounty program was directly responsible for the deaths of US personnel.

“You see a lot of indicators. Many of them are troubling; many of them you act on. But in this case, there just wasn’t enough there. I sent the intelligence guys back to continue to dig on it. And I believe they’re continuing to dig right now,” he added.

The general’s comments come as President Donald Trump continues to cast doubt on the intelligence, referring to it recently as a hoax.

Trump tweeted last month that “there have not been many attacks” on US troops by Taliban fighters as his evidence that the reported intelligence may be “phony.”

“And we just need to remember that at all times when we evaluate that intelligence.”