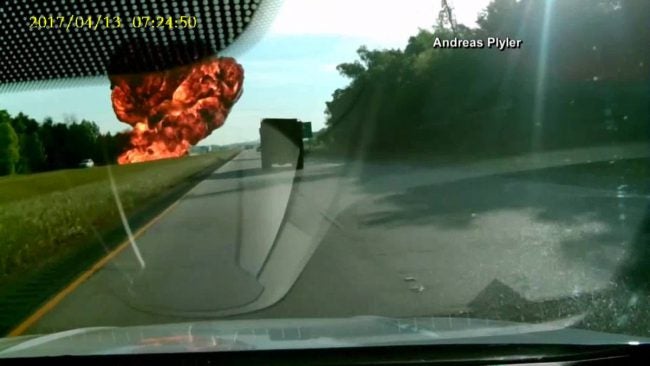 A driver had the camera rolling while driving on the interstate Thursday, and caught the moment a fuel tanker truck headed in the opposite direction exploded into a huge ball of flames.

The tanker was carrying 8,000 gallons of gasoline at the time of the crash.